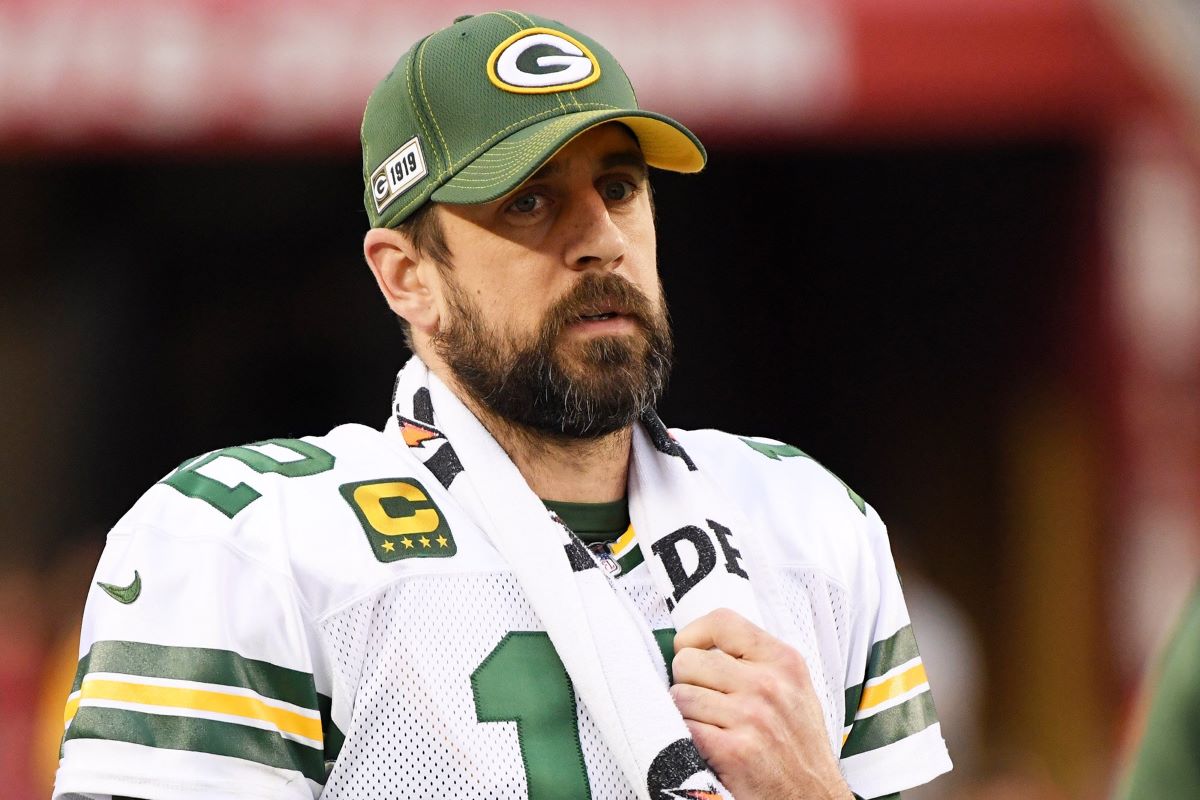 Ever since his misleading comments about being immunized against Covid-19, Aaron Rodgers has arguably received more TV coverage than any sports personality since John Gruden was forced to resign as coach of the Las Vegas Raiders last  month. Perhaps, even more TV coverage in a short time, than most athletes receive in a lifetime. And for Gruden it’s just the start of things. This week, it was announced that the Super Bowl champ coach is suing the NFL, alleging a “malicious and orchestrated campaign.”

The longtime athlete tenet, evidenced in post game TV shows over many years, is to not openly criticize fellow athletes. So generally speaking ballplayers keep mum about their teammates. The unwritten rule has now been broken forever.

Rodgers was lambasted by the Fox NFL Sunday crew. Former coach Jimmy Johnson and retired players Michael Strahan, Howie Long, and Terry Bradshaw all berated Rodgers for his comments about being “immunized.” The severest condemnation came from Bradshaw, who said “I’ll give Aaron Rodgers some advice. It would have been nice if he had just come to the Naval Academy and learned how to be honest. Learned not to lie,” Bradshaw said. “Because that’s what you did, Aaron. You lied to everyone. I understand ‘immunized.’ What you were doing was taking stuff that would keep you from getting COVID-19. You got COVID-19.

But the criticism of Rodgers transcended sports programs. For days after his scientifically unproven statements, infectious disease specialists went on programs to condemn Rodgers for spreading inaccurate information that could stop some people from being vaccinated.

One health expert, reported the New York Times, said Rodgers misinformation has done harm. “When you’re a celebrity, you are given a platform,” said Dr. Paul A. Offit, the director of the Vaccine Education Center at the Children’s Hospital of Philadelphia. “When you choose to do what Aaron Rodgers is doing, which is to use the platform to put out misinformation that could cause people to make bad decisions for themselves or their children, then you have done harm.”

And, of course, Rodgers became the of target for criticism about his Covid comments for the late night TV comics, including Jimmy Fallon, Jimmy Kimmel, Jon Stewart, Pete Davidson, Stephen Colbert and Seth Meyers.

In addition, the Rodgers story was covered daily on both network and cable TV news programs. And it received a shot in the arm, when the NFL fined him. Personally, I’m rooting for Rodgers to take his team to the Super Bowl. Not that I care if his team wins or loses.

My interest is twofold: How would the NFL deal with the sure to happen negative news coverage that will follow Rodgers because of his comments. And even more importantly, as a PR pro, I’m anxious to see, if Rodgers does indeed proceed to the Super Bowl, how will NBCUniversal manage two hot-button issues at the same time – the highly criticized Beijing Olympics, from February 4-20, and the Super Bowl on February 13, although the build-up will begin on January 30, the day of the NFC and AFC Conference championships. That Sunday night we’ll know who’s who about the Super Bowl opponents.

NBCUniversal is heralding their telecasts of the Super Bowl and the Beijing Olympics as a ‘Once in a Lifetime Super Bowl LVI, Beijing 2022 promotion, complete with a viewers sweepstakes.

“As the Tokyo Summer Olympics end, the countdown for a historic winter begins. For the first time ever, NBC is set to bring you exclusive coverage of Super Bowl LVI and the Beijing Winter Olympics in February of 2022,” read the promo.

But instead, the marriage of the two events might result in a once in a life time of  criticism for NBC.