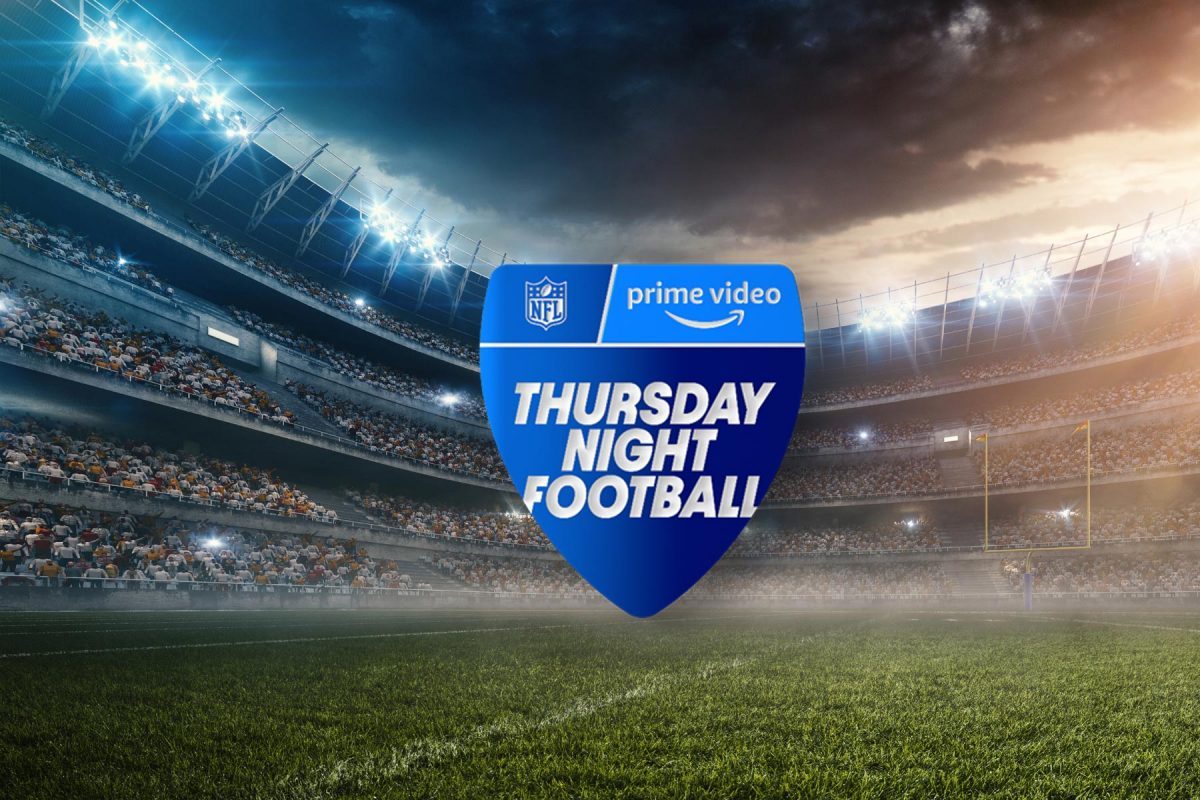 “There are three decades when nothing happens and weeks when decades happen.” Vladimir Lenin, the Russian revolutionary.

This quote reminds me of all the major on-air talent changes this spring. There were many. They cover among others Al Michaels, Joe Buck, Mike Tirico, Kirk Herbstreit, Troy Aikman and Tom Brady (after retirement). A snapshot of CBS’ NFL depth chart demonstrates that the Tiffanies will retain pretty much the same look, since shocking the broadcast world, landing an inexperienced Tony Romo. ESPN dug into its financial assets, cogently getting Fox’ Joe Buck and Troy Aikman. Surprisingly, Al Michaels, considered the NFL’s all-time best, wound up on an unproven Amazon Prime, where he’ll cover Thursday Night football. His partner is the loquacious Kirk Herbstreit.

Decades of Al’s play-by-play primetime NFL broadcasts established him as a television icon. For that matter, Roy Firestone has crowned him as America’s sportscaster. Michaels and the NFL are already inseparable. Now he takes his wares to the evolving world of streaming. Four decades on prime time’s leading program, the NFL, first on ABC and later on NBC, he’ll now have the opportunity to put his stamp on the league’s continuing entry into streaming. His comfortable tenor on NFL casts is likely to lead streaming into new heights of a new medium. The Herbstreit decision and his knowledge of pro football are questionable. Al is a team guy and I’d imagine that he knows that if can get Herbie to be less verbose, it would upgrade the show. Kirk will unlikely be Cris Collinsworth, Al’s partner at NBC. Nor will he be John Madden his colleague at both ABC and NBC. 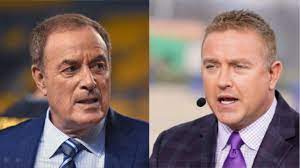 Don’t expect huge Thursday night ratings immediately. Just finding Amazon Prime at the outset will be a challenge for the league and Amazon. It’s hard to project history. Yet Michaels might also be remembered the way Bernard Shaw was for news on cable’s CNN.

Hannah Storm and Andrea Kremer, tiptoed away from football on Amazon at the end of the 2021 Amazon season. The two women were credible and talented but seemed to leave Amazon Prime without a word. No fuss. The duo couldn’t have been happy. Maybe that’s the way they wanted it. Al will fill in for Tirico during the season and will call a post season game on NBC.(Michaels and Herbstreit, right, above)

Nielsen and Amazon have made a deal to measure the audience of the streaming service, including NFL games. The fact that live streaming programs will be measured as part of Nielsen’s National TV measurement service says much. Nielsen keep specific tabs on network and cable programming. So that’s a big step. When ESPN and Anheuser Busch made a six figure ad deal, it put the fledgling sports network on the map.

“Our collaboration with Nielsen will allow us to provide advertisers with familiar campaign measurement to make apples-to-apples comparisons across their multi-channel media investments,” Amazon Ads’ director of media measurement Srishti Gupta said.

Jason Benetti moves from ESPN to Fox where he’ll do college football and basketball, joining Gus Johnson, Tim Brando and others on Fox’ collegiate team. Jason also did his law degree at Wake Forest. A bright fellow. To me, I detect a little of Dick Enberg in his work. Can’t go wrong. He also does Chicago White Sox baseball locally.

Dick Vitale says his doctors tell him he’s cancer free. Good for him! Dickie V has done lots for lots of needy people.

Bill Spaulding got the play-by-play TV gig of the NJ Devils. He’s nine years out of Syracuse where he won the Jim Nantz Award in 2012 while still in school. The Nantz honor is coveted among student sportscasters. Alex Faust also won it, while at Northeastern. Spaulding, presided over ancillary sports after school, like fencing and track and field telecasts. He’s also  Just as the Devils opportunity opened when predecessor Steve Cangialosi left. Bill had made a mental commitment to himself to commit to track and field. Still, he pitched the job and got it, his first in the big four sports.

Michael Grady was hired by the Minnesota T-Wolves as their new play-by-player. He had he spent the last five-plus years on the Nets’ YES Network, serving as a sideline reporter, pregame and postgame host and from time to time play-by-play voice on the Nets’ affiliate. He’s from Indiana.