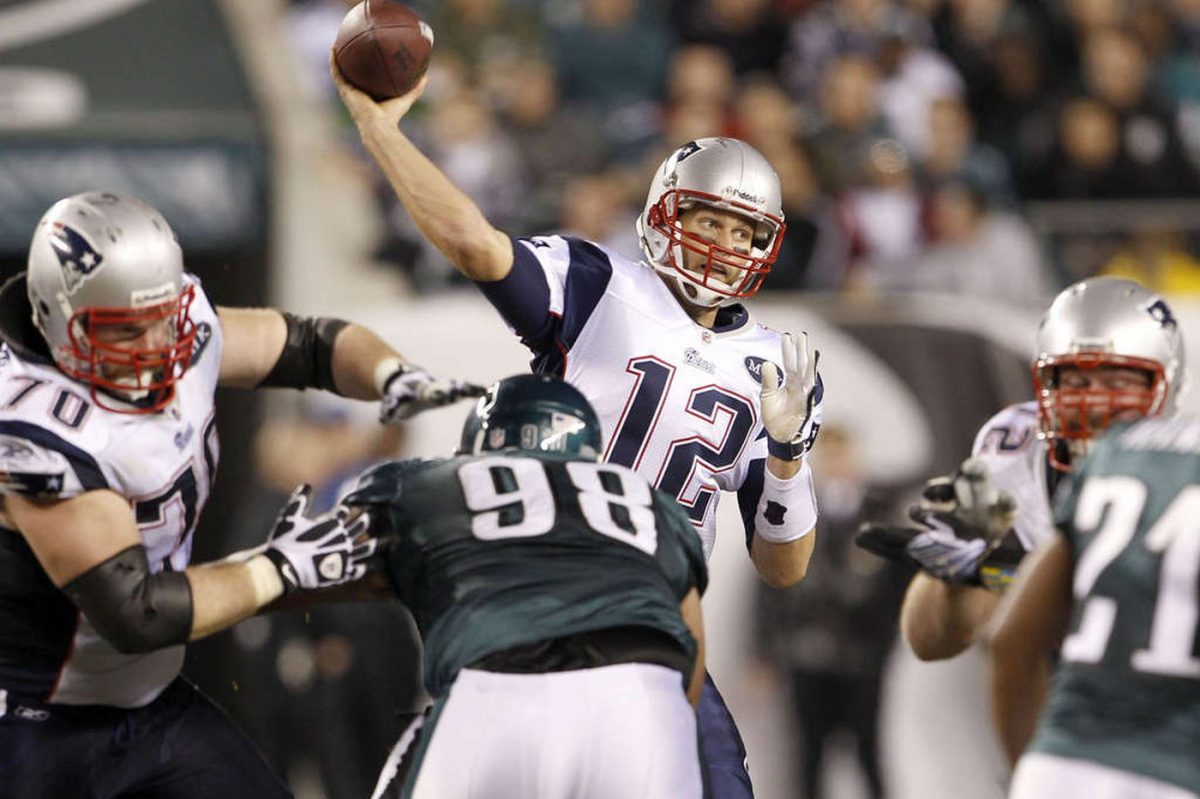 CBS has the doubleheader this week. Fox runs a single game. Joe Buck and Troy Aikman have Sunday off. They work Thursday Night Football on Fox and the NFL Network.

Byes this week are Green Bay, NY Giants, Seattle and Tennessee. As such, the league has a 14 game weekend.

Networks coming off yet another good ratings week:

NBC’s Sunday Night Football (Vikings-Cowboys) averaged a 12.9 rating and 22.99 million viewers over the weekend, marking the largest primetime audience for Week #10 since at least 1997.

ESPN did a 9.3 for the gripping overtime game on Monday night between Seattle and San Francisco. According to Sports Media Watch, ESPN’s Monday Night Football (Seahawks-49ers) averaged a 9.3 rating and 15.98 million viewers. It’s the network’s largest Week #10 audience on record. The previous high was 15.03 million for Philadelphia-Washington in 2010. ESPN’s Booger McFarland gets an A- calling SF-Seattle game; In his first season in the booth, he’s assertive!

Fox is touting its numbers. The network says that its America’s Game of the Week audience is up 8% this season.

Al Michaels celebrated his 75th birthday last Tuesday. He sounds fresh and sharp. As a gift, the scheduling Gods saw to it that his Sunday night game is near his home, Bears against Rams at the Coliseum.

100% of country on Fox, As of June, Amazon Prime had 105 million subscribers

73% of country/114 Markets, Greatest coverage of the regional telecasts in the 1p window, Dominant clearances from Arizona through the northwest and up and down the Pacific Coast, All of Texas headed Northeast into New England ; Markets like New York, Philadelphia, Washington, St. Louis,  New Orleans, Louisville and then some. Let’s not forget Honolulu where they’ll watch poolside with a cocktail, looking in on Baltimore where the weather is forecast to be cloudy and in the 40s

8% of country/ 16 markets Highlights: Atlanta, Georgia into Chattanooga and blanketing the Carolinas

51% of country/ 112 markets This is the regional biggie for the Foxies, Prevalent in the Midwest,  much of Texas, Southern California and east into Pennsylvania. Highlights: Dallas + 14 markets in Texas, not Houston. Detroit, Chicago, St. Louis, Los Angeles, San Diego, Philadelphia, Boston, Cleveland, Nashville, Kansas City, Milwaukee

17% of country/ 65 markets; Chicago west to Salt Lake City and down to New Mexico. Others include: Minneapolis, Kansas City, Denver, Detroit, Omaha. Does Warren Buffett wait to see which game the Omaha affiliate delivers or does he have The Ticket? Think he can afford it?

11% of country/ 9 markets New York, Albany, Washington and most of Virginia

21%  of the country/29 markets; Pacific Coast (but not Southern California) plus 8 scattered markets elsewhere including, Miami, Denver, Jacksonville, Baltimore and Minneapolis

93% of country/221 markets, Entire country but Cincinnati and a number of nearby markets, 8 in Northern California and others in the vicinity. Those exceptions get Cincinnati vs. Oakland

Kenny Albert has the call of the Sunday early afternoon matchup on Fox between the Jets and Redskins. He’ll be alongside Super Bowl champion and 5-time Pro Bowl cornerback, Ronde Barber. Albert is in his 26th season as an NFL regular and has plenty of familiarity with both the New York and Washington media markets.

Albert, like his father Marv and uncles Steve and Al, has built his profile by calling every sport thrown at him. The 51-year-old calls New York Knicks games for MSG Network when Mike Breen has national commitments, works MLB broadcasts nationally for Fox, including a Division Series matchup four of the last five seasons and has recently picked up a high-profile boxing job as the voice of Fox’ Premier Boxing Champions series.

Albert’s favorite sport is hockey, the sport in which he has arguably had his greatest broadcasting success. He called his first NHL game filling in on New York Islanders radio in 1989, while still a student at NYU. After his college graduation in 1990, he landed an American Hockey League job in Baltimore, and two years later would move south to become the television voice of the Washington Capitals.

After his father left the New York Rangers’ radio job in 1995, Albert moved back to his home market, and has been the Rangers’ radio voice ever since. He also has called hockey on national networks, first with Fox in the late 1990s, and more recently with NBC, where he serves as the #2 NHL voice behind Doc Emrick. Since 2016, he has done the Stanley Cup Finals on radio for Westwood One.

Albert was one of Fox’ original hires for the NFL in 1994, when Fox made it a point to bring in younger announcers for its sports coverage. Currently in his sixth season on the network’s #3 team, after seven years in the #2 spot, his partners have included Ron Pitts, Anthony Munoz, Tim Green, Brian Baldinger, Daryl Johnston, Tony Siragusa, and for the last three seasons, Barber.