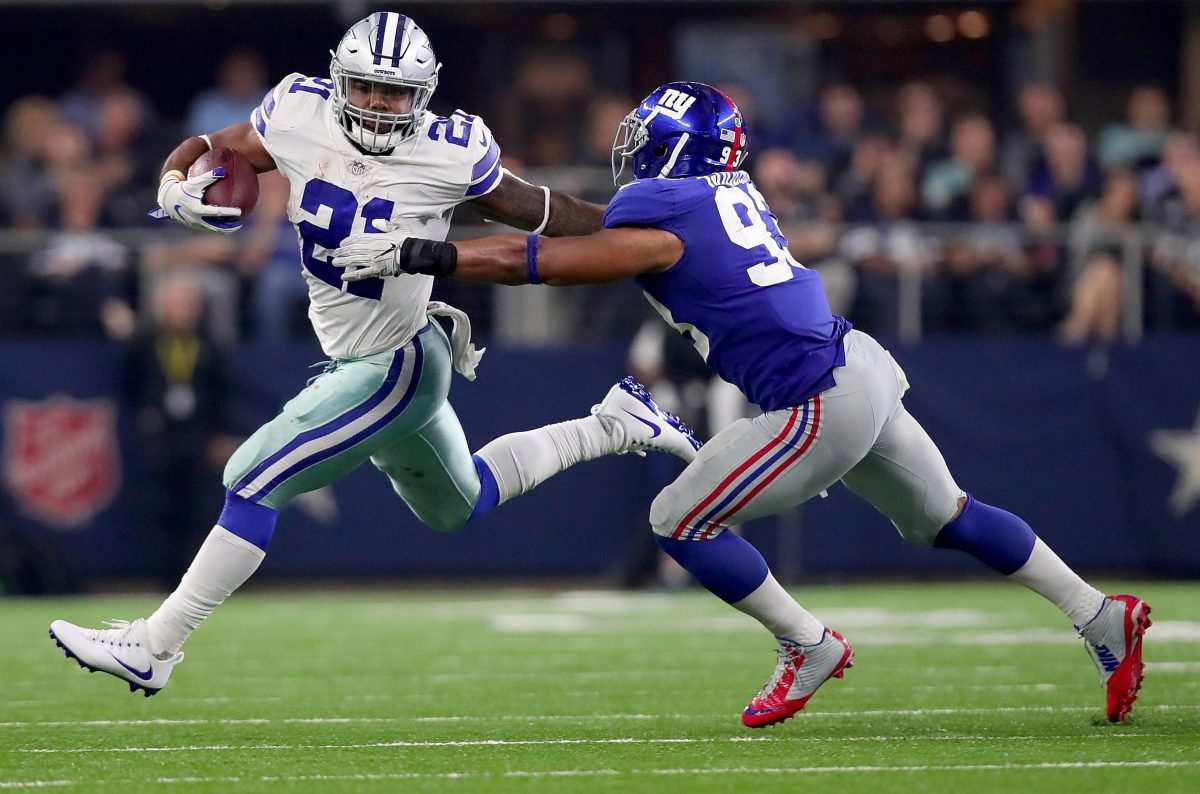 on Monday night, ESPN has a matchup of rich heritage, Giants-Cowboys

Jake Baskin profiles Kevin Burkhardt who returns from baseball this weekend – It’s just below the schedule:

NFL Network is in 63 million homes. Will the matchup be on the field or in the booth, fighting for air-time

Chicago, Philly, New York plus Illinois, South Bend and markets near the City of Brotherly Love

They’ll own most of America’s geography with the exception of  NY, Connecticut and the Southeast

Game will run in all or most of 8 Southeastern contiguous  states. Short hop for Fort Lauderdale based Gumbel to Charlotte

Some 15 markets in the Mid-Atlantic, Upstate NY and Burlington, Vermont

Michigan, northern half of California, Nevada, plus a few AFC markets like Pittsburgh and Indianapolis

The Pacific Northwest, much of Florida, plus Nashville and Greensboro

Will dominate the Mountain time zone, plus Oklahoma and all of Ohio, Western Pa, down to West Va.

CBS’ number one team will be seen in most of America. everywhere other than the game listed just above, Cleveland-Denver

Kevin Burkhardt returns from his four-week absence covering the Major League Baseball playoffs to call Sunday’s early afternoon matchup between the Vikings and Chiefs alongside Charles Davis. Neither Burkhardt nor Davis had much national recognition five years ago, but both have moved up the ladder quickly at Fox Sports to their current spots as the network’s #2 NFL broadcast team.

Burkhardt, 45, had some initial challenges growing in the industry after graduating from William Paterson. He left his job as sports director for a small New Jersey radio station in 2003 to take a job as a car salesman. While at the dealership, he continued sending  tapes to bigger stations and landed a part-time role providing sports updates at WCBS-AM in New York. Kevin soon became the Jets reporter at WFAN and in 2007 got a job on television with SNY as the Mets field reporter and fill-in play-by-play announcer, a position he held for eight seasons.

He got his first NFL play-by-play work on radio, spending two seasons as an announcer for Compass Media’s Dallas Cowboys package. He joined Fox in 2013 on its #4 NFL broadcast team and called his first playoff game that season, a divisional round game between the Saints and Seahawks. For the 2014 season, he would be promoted to the network’s #2 NFL announcer, a lofty role he continues to maintain. Davis became his partner in 2017 when John Lynch left to become the 49ers’ general manager.

The versatile Burkhardt is Fox’ lead studio man for Major League Baseball and also hosts some of the network’s college basketball coverage. Kevin also calls play-by-play for both sports. In 2019, Fox assigned him as the secondary play-by-play announcer for the Tampa Bay Rays, assigning him 17 games when Dewayne Staats is off.