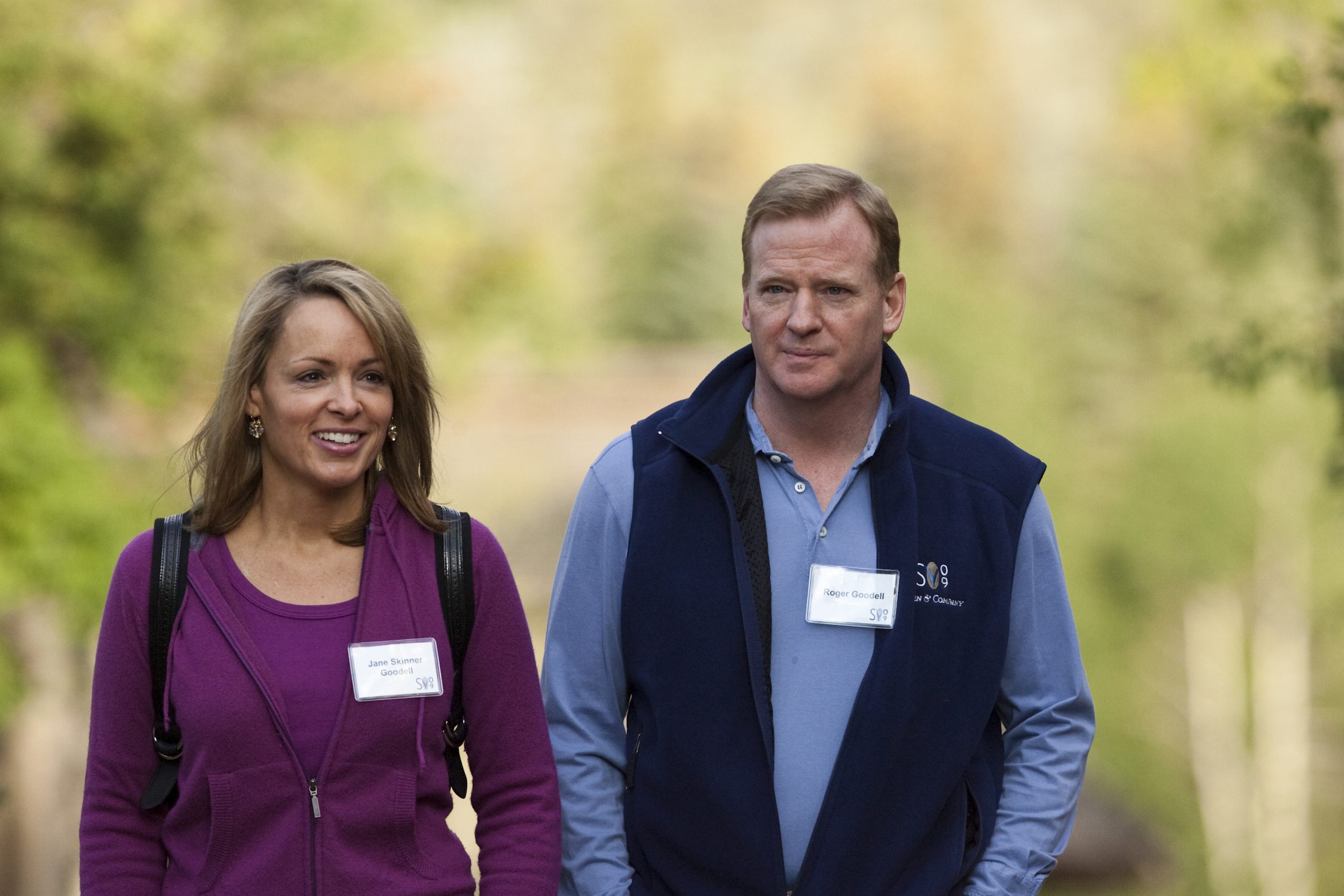 NFL Commissioner and wife Jane Skinner Goodell have been married since 1997. Jane was a television anchor or reporter for 20 years, concluding her career at Fox.

The opening night of the NFL Draft on Thursday averaged 15.6 million viewers according to Sports Media Watch. It was shown across a broad platform, encompassing the ESPN family of networks including ABC Television, the NFL Network and digital tentacles. Based on numbers generated by Nielsen’s fast-nationals, it was the draft’s largest audience ever. The previous high was 12.37 million for first round coverage in 2014.

The draft was never covered on television until 1980. Shortly after ESPN hit the airwaves in 1979, its president Chet Simmons asked NFL commissioner Pete Rozelle for permission to run the lumbering proceedings on the embryo network. Lore has it that Rozelle responded to Simmons, “Why would you want to do that?”

ESPN personality Chris Berman told the Chicago Tribune, “To Pete, it sounded like reading names from the phone book. Everyone said, ‘Who’s going to watch?’”

So in 1980, a fledgling ESPN started covering the draft. Many millions of eyeballs later, ESPN ran its 41st NFL Draft beginning this past Thursday. Because of covid-19, it did so without the raucous crowds that annually shoehorn around stages across the country or pack parties hosted by local franchises.

The TV production people pulled off a high-wire act. They strung together tons of detail seamlessly and hopped from one scene to the next using video conferencing technology embedded in tens of homes across America. Tyler Kepner, writing in The New York Times reported that there were “relatively few missteps.” As Kepner pointed out, “There was an extraordinary coordination of uplinks to players, families, executives, coaches and analysts.”

Commissioner Roger Goodell got tons of face-time as he announced player selections pick-by-pick, while sprinkling in promotional announcements to drum up charity for the virus’ relief effort. While the reviews of Goodell’s performance were mixed, remember that he’s a commissioner, not a television personality. The man is a hard-nosed executive, not a natural entertainer.

Unlike past years Goodell wasn’t dressed in executive garb when announcing draft picks from a pulpit on a stage.  This year, he had to preside from a dimly lit, sterile looking basement, in his suburban New York home. He wore an open shirt under a zippered sweatshirt. In the past, he had the benefit of spirited crowds. The very backdrop stimulated the TV audience. But crowds and an authentic vocal hand were off limits this year.

On Thursday night, there was a bricked screen behind Goodell made up of what looked like mutli-video, originating from mixed venues. At times, Goodell was seen awkwardly urging on the audiences on the screen behind him to engage. Viewers might have found it uncomfortable and fabricated, but Goodell is hardly expected to be Pat Sajak or Steve Harvey. He’s not even Alex Trebek.

But that didn’t stop Ann Killion in the San Francisco Chronicle from writing about the draft, “It was too long, too overwrought, too full of self-importance.” Goodell, live from his basement was “as awkward there as he is live on stage,” she added. The “contrived virtual booing of fans was cringeworthy, every time it happened.”

But ESPN Radio’s Jon Weiner (Stugotz), Dan Le Batard’s sidekick, said, “People are being a little too harsh on Roger Goodell. I actually enjoyed seeing the commissioner at home, a little bit out of his element, being a little bit wacky. … He’s not a showman.”

A thumbnail history of Goodell:

Commissioner Roger Goodell and his family are no strangers to television or being in the public eye.

For those who might not know, the commissioner’s dad, Charles Goodell, was a New York senator, appointed to the senate seat by then New York governor, Nelson Rockefeller. Goodell succeeded Robert F. Kennedy who was assassinated in California in 1968. The commissioner was only nine years old when his dad took office.

But after serving as a Republican appointee for just two years, the senator was slammed in the 1970 New York election. Charles Goodell finished third behind the Conservative Party’s James Buckley and Democratic candidate Richard Ottinger. The numbers weren’t close. Buckley got 39% of the vote, Ottinger 37% and Goodell just 24%. The elder Goodell passed away a young man, 60, in 1987.

Like his dad, Roger Goodell, was born in Jamestown, New York, the birthplace of the late comedian, Lucille Ball. The eventual NFL boss attended Bronxville High School in suburban New York, where he captained the school’s football, baseball and basketball teams. He turned 61 this past February.

Roger Goodell has spent his entire career in the NFL, beginning as an intern in 1982 in the league office. He rose up the ranks quickly. By 1987, he was named President of the American Conference. In 2001, he was promoted to Executive Vice President and Chief Operating Officer.

In 2006, Goodell succeeded Paul Tagliabue as the league commissioner. He was not a unanimous choice. It took five ballots for him to get the nod.

Wife Jane Skinner was on television for 20 years 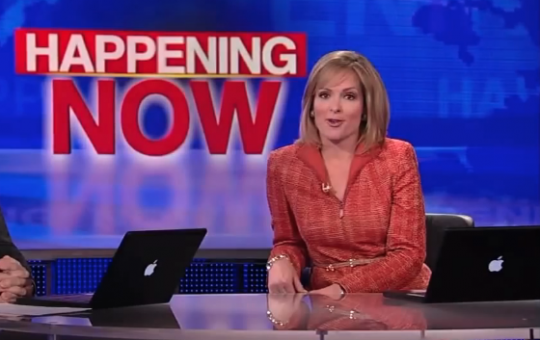 The career of the commissioner’s wife, Jane Skinner Goodell, 53, is rooted in television and like Roger, she has politics in her blood. Father Sam Skinner, 81, was Chief of Staff at the White House under President George H. W. Bush and earlier served as Secretary of Transportation.

Like many other aspiring broadcasters, Jane Skinner Goodell bounced around small markets early in her career. In all, she wound up doing twenty years of television. Jane was part of the Fox scene, doing middays on the network. co-hosting Happening Now from 11a to 1pm with Jon Scott.

In 2010, she left Fox, saying: “My life in the 12 years I have been here has changed significantly in wonderful ways and they’ve created a lot of new responsibilities. I added a husband Roger Goodell who has in the last couple of years become the NFL commissioner, and has a job even busier than mine. I have twin daughters, so to do justice to this new life I’ve decided to take a break from the business.”

Mrs. Goodell was recently the executive producer of A Lifetime of Sundays which was a production of NFL Films.

Jane Skinner on a “Lifetime of Sundays”