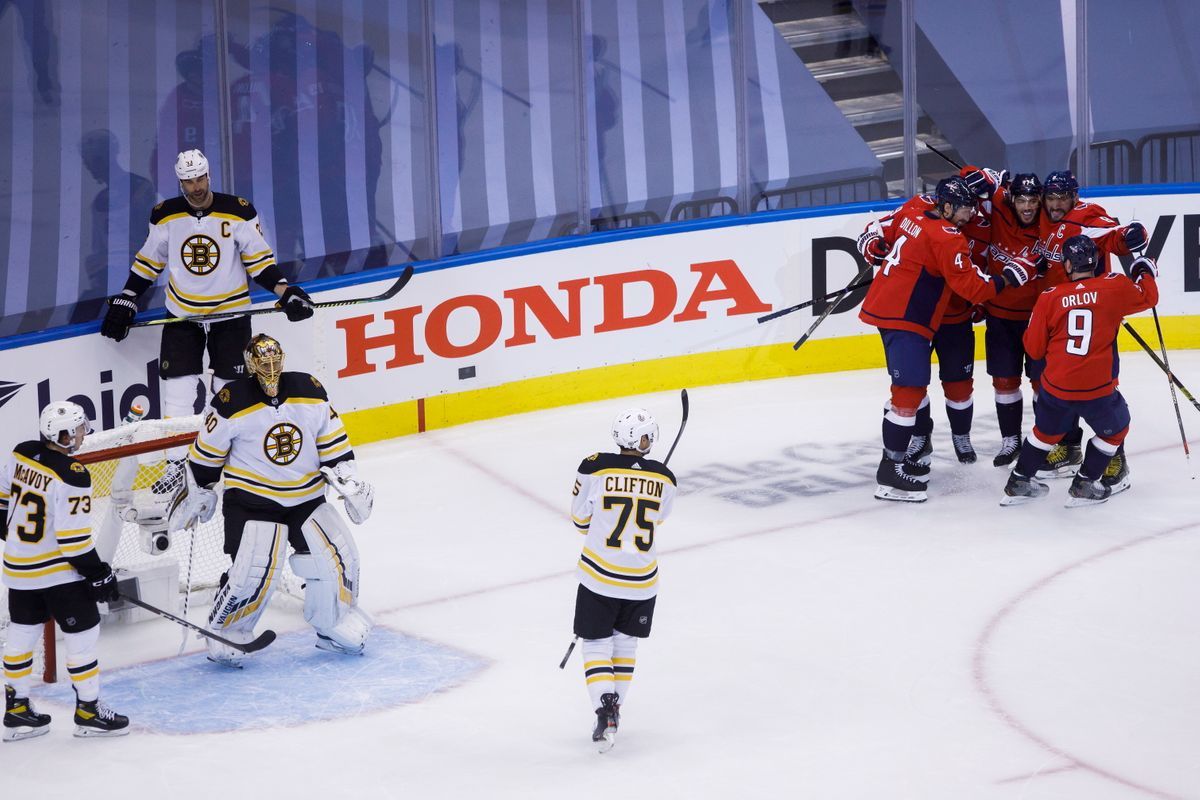 From Alexander Ovechkin to David Pastrnak and from Evgeny Kuznetsov to Brad Marchand, the round- robin matchup between the Boston Bruins and Washington Capitals was fun to watch on NBC Sports Network.

To some hockey aficionados, it may have been a surprise that each of these powerhouses lost their first two games tothe Philadelphia Flyers (1 seed) and Tampa Bay Lightning (2 seed). When the NHL season was put to a halt in mid-March, the Bruins were well on their way to have the best regular season record in the league and to win the coveted President’s Trophy.  The Capitals were set to finish at the top of the Metropolitan Division.

Although both teams have struggled throughout the first week in the Toronto NHL Bubble, when the 16-team Stanley Cup playoffs began, the Bruins and Caps are forces with whom to be reckoned. The 3rd and 4th seed was up for grabs; a faceoff with the Carolina Hurricanes or New York Islanders awaited.

NBC’s announcers John Forslund and Mike Milbury discussed how special it was for the Flyers that the club went from the 4th seed to the 1st seed after sweeping the round-robin.

After a 2-1 victory for Washington, the Capitals (3 seed) will face the Islanders (7 seed) and the Bruins (4 seed) will battle the Hurricanes (6 seed). The Stanley Cup Playoffs kick off on Tuesday, August 11th.

NBC’s coverage was superb. Forslund and Milbury had the call, and Brian Boucher was present sitting inside the glass between the benches. This trio had the advantage of being present right at Scotiabank Arena where the game was played.