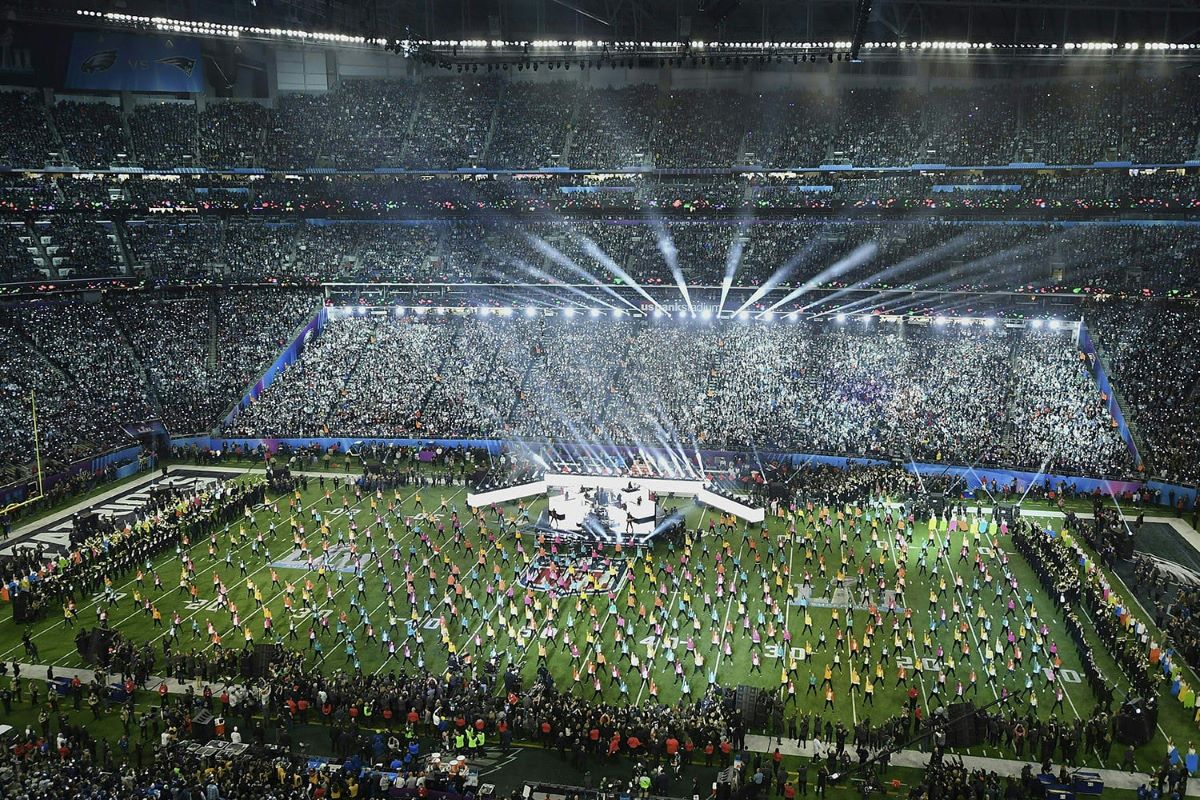 At least ostensibly, the NFL is weighing the option of running the next available Super Bowl, believed to be 2034, on some sort of pay-per-view. As I understand it, the league can also terminate the mainstream television agreement after seven seasons, advancing the Super Bowl option to an even earlier date. While traditional NFL network ratings slipped in recent years, they’ve leveled off this season.

Advertisers still desperately want live programming and as we well know NFL network telecasts are consistently rated among the top ten TV programs in America. As such, NFL rightsholders don’t seem vulnerable to the vicissitudes of ratings.

Two engaging forward-thinkers and productive visionaries, Ed Desser and John Kosner, learned under the demanding David Stern, the late commissioner of the NBA. Stern credited both of them for the league’s media growth decades ago. I wouldn’t call them prophets, rather pragmatic forecasters who understand the media game. The two men often conspire on projects for clients where they’re tasked to project future media lanes.

I had a chance to catch up with both Kosner and Desser to get a feel for the landscape.

Pay-per-view presents an interesting new dynamic. It would turn the NFL into a direct to consumer medium. Do you see it as a possibility, even a bonanza?

ED: There is nothing really new about the idea of putting the Super Bowl on PPV. It has been technically possible for the past 40 years, since the early days of cable and PPV boxing events. If the NFL really wanted to go in that direction, they could have done so over the years. Little has changed technically, except there are now more ways to do it. There is no question that it would drive a great deal of income. However, you must consider the Super Bowl in the context of the entire NFL season, and the overall NFL business. The NFL keeps delivering large audiences week-in and week-out.

The Super Bowl is one of the four biggest eating holidays on the American calendar. The NFL built that over half a century with widely available games on broadcast and basic cable, now also via widely distributed SVOD (Amazon Prime). This works well for the business of the NFL, and not every decision in sports is made strictly on the basis of direct, immediate ROI. The NFL has a great thing going, and just because you can do something doesn’t mean that you should. They don’t need to become any more of a target for Congress than they already are (concussions, sex scandals, homophobic racist behavior, etc.).

JK: Unique among league executives, Brian Rolapp and former NFL executives going back to Pete Rozelle have long championed the importance of reach – every NFL game is still available on free, over-the-air television in its home markets. Not only does the NFL dominate the list of the top 100 telecasts each year; NFL games, available on free TV, likely equal every other U.S. League combined! So, it is not just media revenue that the NFL is looking to maximize, it is the number of people who see—and care about–their games – because the two are connected. I actually see a different direction: The NFL plusses up the Super Bowl with special versions and access – that fans can buy into … the equivalent of a luxury box on TV?

What kind of package would you envision? Would it be PPV plus ad sales?

JK: In time, the NFL could create a third interactive environment for the Super Bowl – its own metaverse with different tiers of coverage available, some for a price. Perhaps, you can pay to be in the virtual room with the Mannings or whichever former pros are doing the top weekly Megacasts. Perhaps you can have access to advanced data feeds (sub-second latency), the equivalent of Intel’s true view camera angles (see the game as Tom Brady sees it), be “on the field” for the Pepsi halftime show, view and buy unique game day collectibles and NFT’s. It would look and feel much more like a video game, in order to attract different and younger audiences. The beauty of this vision is that the game itself could remain widely available for free for those who just want to watch it as they always have. I agree with Ed that advertising will be part of the show regardless of whether it’s free or pay.

ED: Given our view that this won’t be happening any time soon, remember the NFL already has a pay package of regular season games…It is called “Sunday Ticket!” They have 25+ years of experience doing that, and the NFL has been used to successfully build other businesses, like DirecTV (and the Fox Network before that was built on the Sunday afternoon NFC package), over the years. I see no reason not to include advertising in such a package, as fans are used to it, the game has natural stoppages anyway, and tv crews need time to set up segments and the like.

So how would layering work or what you referenced as “third interactive environment?”

ED: It is important to keep things simple, so probably just a basic and an enhanced version. Pre/post would probably be “in the clear” as a promo for the game. More likely, I’d imagine a basic version for free and an enhanced version that might be the pay version. Lots of extra features, audio tracks, graphic packages, maybe a special version especially for use at Super Bowl parties and another without audio and heavy on graphics for commercial establishments.

JK:  I concur with Ed. The NFL would keep any pricing plan simple. It would also add to the offerings each year.

Would or could the legacy networks partake or would they completely stand by?

ED: Since we think that the NFL would maintain a free version, there is no reason not to harness the facilities of a broadcast network that reaches 121 million homes. They will all happily pay for the privilege.

JK: The networks would bid to be part of it and you would see non-traditional networks emerge as part of the mix, like twitch, TikTok, Netflix and perhaps discord (an NFL “messaging” partner).

The NFL is a powerhouse. Can it pull it off on its own?

ED: The NFL can do many things on its own that it uses partners for today. They license merchandise, sell broadcast rights, and rent stadiums, often at better margins than would be possible if they did it themselves. It allows them to manage revenues, lay off risk, and focus their resources on the new opportunities that provide the largest expected future returns. What is better than a bunch of major entertainment companies competing with each other to pay for, best produce, promote, and sell the NFL? Talk about a virtuous circle!

JK: in general, the NFL does not have to use its own money to achieve its ambitious projects. I would expect them to continue to leverage deep-pocketed partners as they build their media properties through the rest of the decade. They are currently looking for a strategic financial partner for NFL media and digital.

Do you see Congress muscling its way in, insisting that the Super Bowl remains a freebie?

ED: I don’t see the NFL wanting to go down this road, as it might otherwise provide a rare opportunity for the rival political parties to unite in opposition.

Aside from the politics, if you were consulting the NFL, what would go into the mathematics to figure out whether PPV of any sort is worth doing?

ED: The basic math is simple, price multiplied by buys for each package, plus ads, less direct expenses (production, marketing, streaming platform, ad sales). There would be different pricing for commercial establishments, betting operations, etc. The bigger question is what areas of the business would be harmed by the approach? What decline in attendance, sponsorship, TV ratings, TV revenues might be caused by the change?

JK: Right! The risk totally outweighs the short-term bang of moving to PPV. Everyone oohed and aahed about the early boxing PPV numbers and look where that sport is today. The Super Bowl is the lynchpin, the connective tissue of so much of the value that the NFL creates. Messing with it, shrinking the audience that participates in it is quite risky. I don’t see the NFL going down that path.

ED: Who gives up on their own national holiday?

Instead of the Super Bowl, can the league experiment by trying it with the Conference Championships?

ED: They could, but the issues are the same, and would likely reduce interest in the Super bowl as well.

What kind of new technology in general can come into play down the road?

Ed: And just think how the NFL could ultimately maximize gambling revenue on the Super Bowl game when fully integrated throughout its various media platforms on a national and international basis! All the more reason to keep it available to as many of the masses as possible.

For more information on our guests visit: