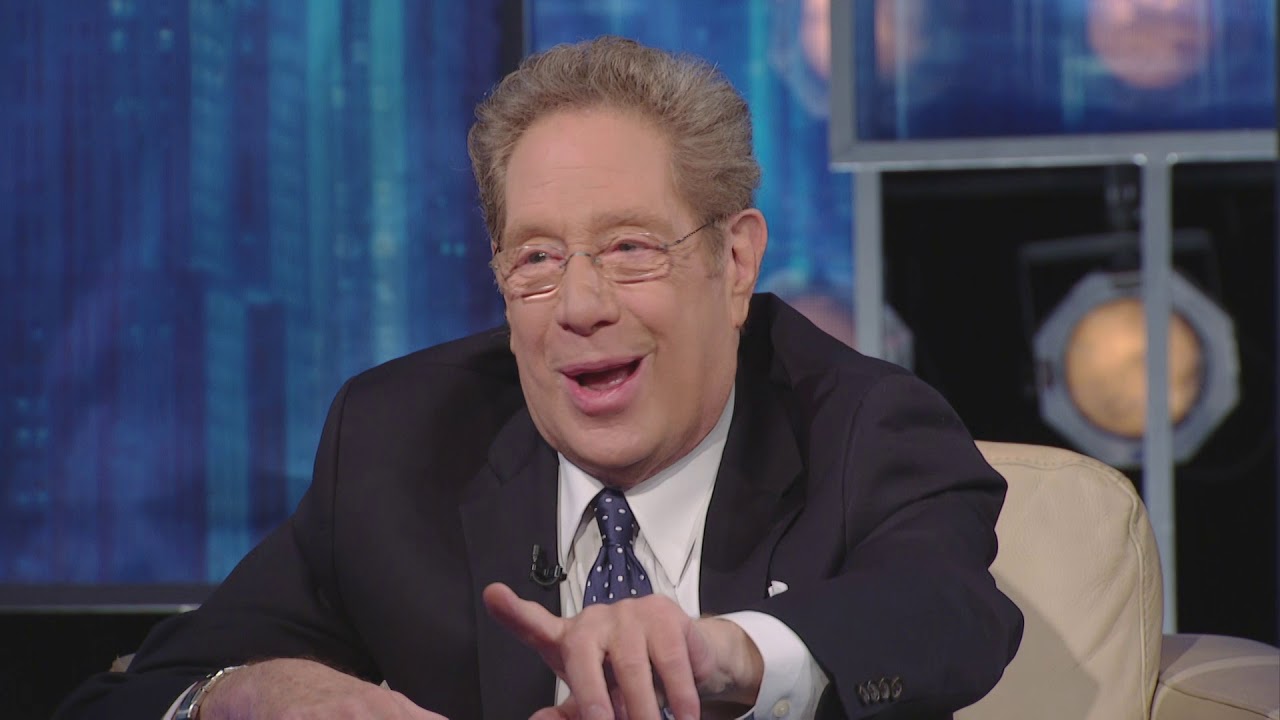 Yes, two of our founding fathers and ex-presidents, Thomas Jefferson and John Adams, both died on the  same day, July 4th,1826. Another ex-president, James Monroe, a student of Jefferson, also died on July 4th, in 1831. And if you’re wondering, there was one president born on July 4th, Silent Cal, Calvin Coolidge, in 1872.

Enough about the bosses. Oh, one more boss! Longtime Yankees owner George Steinbrenner was born on July 4th, 1930. He passed in 2010 at age 80.

John Sterling, who says Steinbrenner gave him a virtual lifetime contract, himself turns 80 this Independence Day. The polarizing Yankee radio announcer doesn’t require fireworks to  stir conversation. He does so season-long, whether it’s for botched calls, non sequitur nicknames, lackluster descriptions and some say for general incapability of play-by-play.

Growing up in Manhattan, Sterling always loved sports, entertainment, American standards and Broadway. He was born with a gift of curiosity, remains well read and is conversant in many subjects. John attended several colleges, including Columbia.

Radio was his dream. He surfaced as an overnight disc jockey in Providence, Rhode Island then moved to Baltimore in the 1960s where he hosted a general talk show on WCBM. Two-way talk was beginning to sprout then. Stations across the country were being equipped with streamlined technology, enabling audience on-air participation.

Note the one critical element that’s missing from Sterling’s early resume; play-by-play. Most who aspire to call games have tons of experience by the time they reach 30. Not John.

Sterling cajoled those in charge in Baltimore to give him a chair and a mic next to Jim Karvellas, then the lead play-by-play announcer for the Bullets (now Washington Wizards). When the Bullets televised games, Jim moved over, leaving Sterling to call games on radio. Sterling took Karvo’s signature “bullseye” for made baskets and he ran with it himself; wherever his future basketball broadcast wares landed. No attribution.

While in Baltimore too, he hooked up with local Morgan State University, an historically black college, whose football games he called. This was the early 1970s. The broadcasts were run in three markets, including WBLS in New York.  There was little crowd noise and John Sterling was hardly Marty Glickman, who, in New York at least, set the benchmark for radio football play-by-play.

Like his baseball today, Sterling never developed the necessary beat and cadence for football and basketball, nor did he do so for hockey which he announced later.

In the early 1970s, New York had little sports talk, none with the noisy temperament that Sterling would bring  to WMCA Radio in 1972 . Bill Mazer, an encyclopedic mind, had introduced two-way sports talk to New Yorkers in 1964 on what was then 66WNBC (now WFAN). It was a warm, fuzzy and welcoming show. Mazer later told me that the show attracted youth because of its openness and friendliness. “It wasn’t the diatribe you hear today,” Mazer said in the late 1980s.

Sterling was a true pioneer, well ahead of his time, by a good fifteen years.  He stamped New York’s airwaves with its first acerbic sports talk show.

John was an opinionated, unyielding and bullheaded host. In retrospect his work was groundbreaking. Sterling’s evening time-slot followed provocative political talk show host, Bob Grant, who had little tolerance for callers questioning his right wing politics. Picking up from Grant, Sterling turned sports talk into public acrimony. He rarely if ever took shots at local teams. His opinions were tendentious, much the way they are today. For whatever reason, then as now, he didn’t and won’t offend teams, especially those employing him.

Sterling was often hilarious too. He had no patience for callers whom he didn’t deem intelligent. If a caller was inarticulate and started spewing nonsense, Sterling would sometimes turn down the caller’s volume into a faint backdrop of unintelligible audio  while he himself would ramble; often salivating over the cuisine at a French restaurant that sponsored the program. When John finally had enough, he would abruptly cut off the caller, as Grant did. “Give it a rest,” he would say.

Because Sterling was irascible, there were those who called in just to have him snap. It didn’t take much.

One evening, a caller dialed in and asked for John. Sterling said, “This is John.” The caller again, “John please.” Again, Sterling, “This is John.” A third time, “John?”  By now, smoke was billowing out of John’s ears. Sterling paused silently and ominously. He told the caller, “Hold on. Let me get John.” Emulating someone who was trying to reach another at the other end of the room, Sterling shouted, “John, John, you have a call.” He then told the listener. “I’ll have John for you in a minute. Just hold on.”

Sterling proceeded to tap the mic; simulating the rhythmic sound of footsteps rushing to the phone. Then panting and acting out of breath, he hurriedly said to the caller, “Hello, John here.” It was quite funny.

Sterling was either loved or hated or both at the same time. He definitely was influential. Remember, in those years, sports fans had nowhere to go.

Put yourself into the culture and media environment then. FM’s audience paled to AM’s. Cable was hardly at a nascent state yet. Cell phones, what’s that? Sports fans of all ages tuned into Sterling. They might not have all liked him but he drew attention. Sterling could be obnoxious, which was part of his charm, He learned by osmosis from Grant.

Somehow though he was never happy. He wanted to do play-by-play from day one, once back in his hometown.

Sterling brought enough cockiness, zaniness and personality to succeed at hosting talk. As for play-by-play, he had little experience and couldn’t seamlessly connect dots, an irreplaceable requirement to call games. John struggled to present the game sequentially. It was a hodgepodge broadcast, more of why than what. He didn’t have the experience in the play-by-play trenches. It was evident to listeners with keen ears and to dedicated fans.

The native Manhattanite grabbed any play-by-play job he could. On June 4, 1972, Sterling even broadcast a game of the New York Fillies of the Women’s Professional Football League. The Fillies practiced in Central Park.

The World Hockey Association was launched in the Fall of 1972 and the New York Raiders were charter members. Sterling did the play-by-play, screaming himself weak every night. It served as an effective diversion for his lack of hockey play-by-play basics. Sterling was hardly Foster Hewitt. But he was at times, entertaining.

The screaming did him in. For years, he lost his voice way too often. He eventually had a surgical procedure and hasn’t had serious voice issues since. It’s interesting to note that his color commentator on Raiders broadcasts was Yankee pitcher Fritz Peterson, a once promising hockey player.

The next season, the Raiders were sold and the franchise’s nickname was changed to Golden Blades. Vince Daraio ran marketing for the Blades and hired Barry Landers to call the games. Daraio later said that Sterling stormed into his office one day with a cavalier attitude of entitlement, demanding his job back. Kind of, “Who are you to give my job away?”

In 1974, on the prowl again for play-by-play work of any kind, Sterling chased a gig with the New York Stars of the new World Football League. The team played at decrepit Downing Stadium on Randall’s Island. Sterling promised the team’s general manager Bob Keating that if he called the games on radio he would help build attendance for the Stars through his popular evening sports show. It didn’t work out too well. Sterling called the games but the team suffered financially and left New York in short order.

Pleasant persistence and overt confidence drove John’s success and still does. He got a couple of opportunities to fill in for Marv Albert on Knicks games but couldn’t live up to the high standards that Marv set.

The Nets and Islanders moved their games to WMCA before the 1974-75 season.The new rightsholder, Manchester Broadcasting, brought in Dom Valentino, a raspy voiced announcer who had a more traditional style calling basketball and hockey on radio. When Manchester acquired Yankees’ rights the following summer, Valentino joined the baseball broadcasts but suffered a heart attack in Minneapolis. He never returned to the New York airwaves.

So the next thing we knew, Sterling began calling both the Islanders and Nets in 1975. When the ownership of the teams split, Sterling went with the Nets exclusively. He even simulcast the games on TV and radio. But he was no Chick Hearn.

Many said, good riddance.  Yet Sterling would show great survival skills over the next few years.

Had he stuck to hosting talk, who knows? Johnny Boy could have been Dan Patrick, Chris Russo, Mike Francesa, Colin Cowherd or Jim Rome. By any account, at this point of his life, John Sterling has turned into  a New York character.

His resurgence and return to New York in part # 2 . He is colorful and bombastic. In some ways, he’s likable.