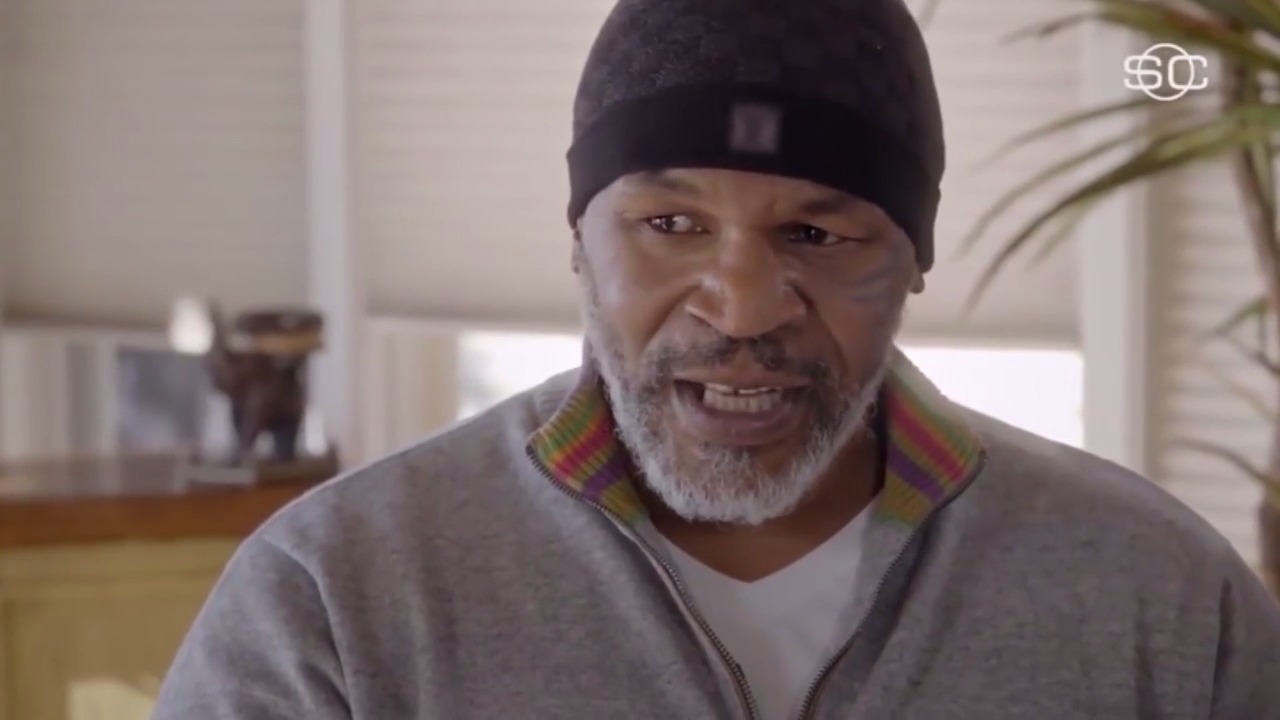 A prodigy, ESPN’s Dan Le Batard was the lead columnist of the Miami Herald at an age when many other talented sportswriters couldn’t find themselves a regular beat. Or worse, couldn’t get regular work.

At ESPN, he is best known for his daily radio program, The Dan Le Batard Show with Stugotz, and on television for anchoring his offbeat Highly Questionable which humorously includes his father, Gonzalo (known to fans of the show as “Papi”). 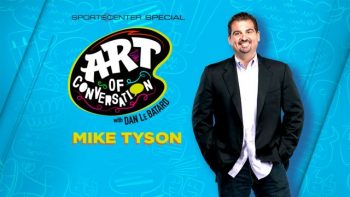 Nationally, Le Batard continues to grow into one of the more creative and leading sports voices.

He recently introduced a longform interview program, The Art of Conversation, producing two segments, one with Mike Tyson, a complicated character with a checkered past and another with Pat Riley, a Hall of Fame coach whose personality’s firewall has historically been hard to decode.

TV documentaries which The Art of Conversation is not, are often scripted, produced, and then cut and sliced to spec. Documentaries or magazine-like programming are more theater-like; cobbled from soundbites, video clips, narratives and anecdotes.

ESPN’s 30 for 30 might in some way fit that description. It’s a look-back series at past events, generally those that took place during the network’s 40-year history. The episodes are developed through a 20/20 lens of documented accomplishments (Winning Time: Reggie Miller against the New York Knicks) or colorful personalities (The Legend of Jimmy the Greek).

But the day of the pure one-on-one sit-down, interviewer and newsmaker, has gone the way of the transistor radio. Blame it on short attention spans, quick news cycles or digital distractions.

During ESPN’s first decade, Roy Firestone’s Up Close was must view television. Roy had a way to get subjects to open up. In the 80s, Firestone helped America get to know complicated personalities like Bobby Knight, Eric Lindros or Michael Jordan.

Le Batard has a knack to probe comfortably, knowing when to accelerate and when to put on the brakes. It’s a talent evidenced in these two one-on-oners.

In The Art of Conversation, Dan does two full half hours, taking a deep dive into what shaped the subjects’ lives, examining the experiences that might have altered their attitudes, behavior and practices. He explores the genesis and evolution of Pat Riley’s coaching and management style and how Mike Tyson used toad poison to calm his mind and rehabilitate his rocky personality. 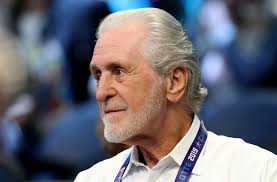 On the debut episode, originally aired in February, Le Batard covered Riley’s meager origins growing up in upstate New York and how he evolved into a basketball achiever, first as a star at Kentucky. He digs into Riley’s relationship with his parents, and how painful experiences, particularly with his father, drove him to excel on and off the court.

The show’s second episode, aired in May, featured the man known as “Iron Mike.” Dan examines Tyson’s long struggles to find happiness and how it led to a transformative experience smoking the psychedelic substance 5-MeO-DMT, colloquially called The Toad and known for its origins as a secreted poison of the Sonoran Desert toad. Mike takes Le Batard through his journey since then, and how the experience he had while smoking The Toad  has changed his outlook on life and enabled him to temper his ego and find peace; something he was unable to previously do.

I asked Le Batard about how he uniquely fashions interviews as both a longtime writer and broadcaster.

We also explored the genesis of his new show, and what he hopes to accomplish with it.

What was the thought process in developing The Art of Conversation?

What we do daily is pretty silly. Empty calories. Wanted to do something with some depth. Follow my curiosities.

Who are some of the interviewers you’ve watched who influenced your style of interviewing? (e.g. Roy Firestone)

I don’t really do it like that. I was a print reporter. Reporting for newspapers shaped me. Looking for the interesting things in people to form a human connection point with the reader. Challenge the subject to explain the roots of his or her shaping. When I profiled people for longer stories, I’d talk to a lot of others about them so that my reporting was sound and the subject could know that an effort was being made to connect.

How do you determine when humor should be part of a dialogue? When do you use it to make a point or argument on the show?

It’s all conversational instinct. How would you be funny at dinner? When it’s appropriate. Humor in these settings should be organic.

Does your experience as a writer and columnist influence your interview style?

Not writer. Not columnist. Reporting. Root word … report. You have to ask a lot of questions to get something rich enough to turn into tapestry.

How do you know you can push an interviewee further on an issue or must take a step back?

Body language. Tone. I’m not an ambush guy. I’m looking to have a conversation that would feel more like therapy. If I touch on a sensitive nerve, it’s pretty easy to see. Pacifying gestures. Soothing oneself by rubbing arms or legs.

You’ve been at this for at least a quarter of a century. Has the profile of an athlete changed over the years to alter the way you ask questions or approach them?

I have fewer connection points with today’s young people, but I’ve always preferred to talk to those who have lived a life of experiences. Takes time to accrue life wisdom. Takes time to find your voice. With social media, the athlete doesn’t really need a messenger. So you better be someone who can find places to connect. They need us less, so we have to do more to engage them, stimulate them.

How do you judge yourself on the quality of an interview you conducted?

Was it interesting to me? Thoughtful? Did it make me think or feel? Did it have the kind of details you’d tell your friends about?

What three tips would you share with young interviewers?

Great piece. Thanks for insight.