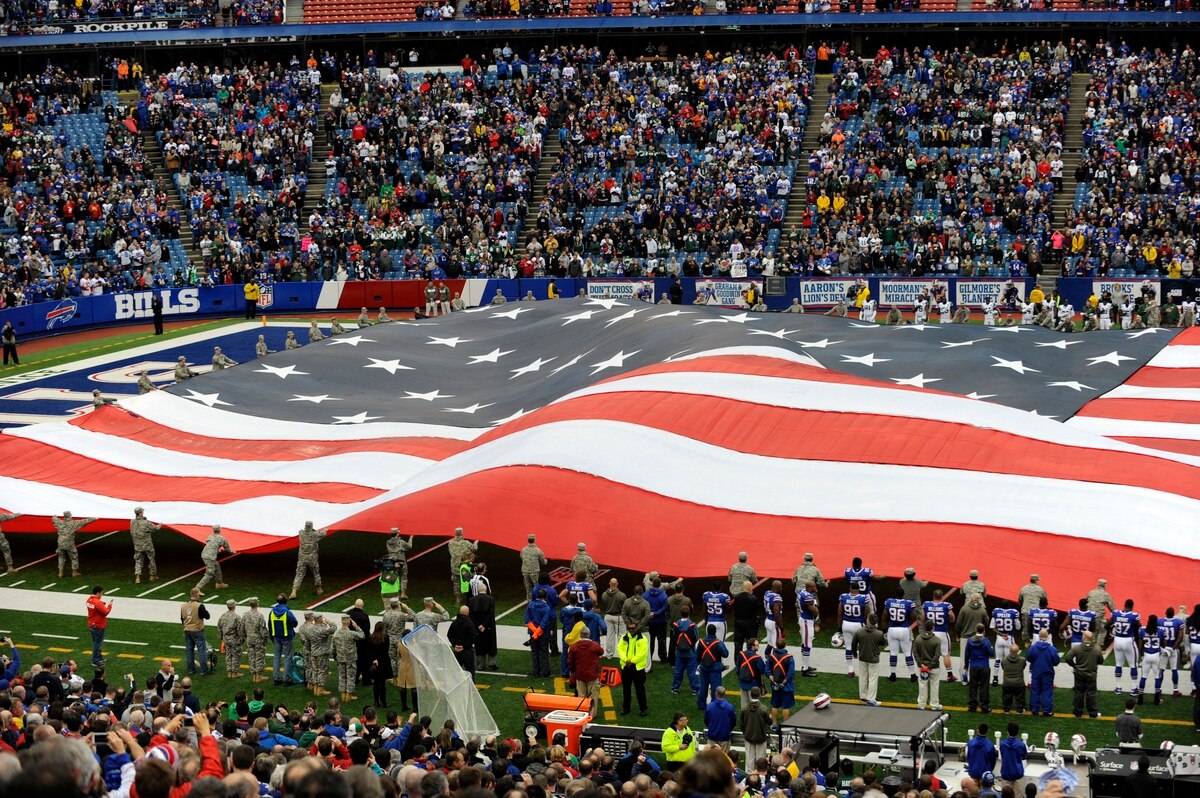 Many, many sports announcers are or were veterans. We remember them on Memorial Day!

Did you know that Memorial Day was originally known as Decoration Day? It originated in the years following the Civil War and was observed on May 30th.

in 1968, Congress passed the Uniform Monday Holiday Act, which established Memorial Day as the last Monday in May in order to facilitate a three-day weekend for federal employees. The change went into effect in 1971. The same law also declared Memorial Day a federal holiday.

Let’s remember the sports broadcasters who served our great country.

Buck served in the European theater during WWII. After he was wounded by shrapnel, Buck was awarded the Purple Heart. When Jack was discharged from military service, he enrolled as a student at Ohio State.

In 1997, after 28 years, Richard retired from the U.S. Army Reserves with the rank of Lt. Colonel. During the 1990-91 season, Chvotkin missed most of this season, mobilizing for six months of United States Army Reserve service during the Gulf War. After the Hoyas’ December 5th game against Duke, his broadcast season ended. The United States was first

Coleman joined the Marine Corps as a Naval Aviation Cadet in the V-5 program in San Francisco where was raised. A strong patriot, Coleman flew 57 combat missions in the Pacific Theater during World War II. Later, during the Korean War, he served America again, flying 63 strike missions. He left for Korea after winning Rookie of the Year in the American League as a member of the Yankees. During the second world war, he earned, two Distinguished Flying Crosses and seven Air Medals. Coleman earned six more air medals in Korea.

The man who for three decades dominated network television sports was a military veteran. When the U.S. entered World War II, Cosell joined the United States Army Transportation Corps, where he was promoted to the rank of major.

Dale Hansen (Sportscaster and household name in the Dallas Ft. Worth Metroplex)

A member of the 327th infantry, Hansen served in Vietnam and lost his best friend there who was just 18 at the time. He later said, “I think we should bring the draft back. It was the draft that got us out of Vietnam, and it is the lack of a draft that has kept us in Afghanistan and Iraq.”

Marty fought in WWII’s Pacific Theater, joining the US Marines. He was an officer in the 4th Marine Air Wing from 1943 until the end of the war in 1945. Marty’s son John later served in Vietnam.

Most of the time he spent in the military was in the 70s in the Mediterranean and North Atlantic, as he put it, “chasing Russian submarines.” He told us in an interview in March, “I learned a lot about discipline, the need for teamwork, risk-taking and the importance of a chain of command. It made me a believer in compulsory military service.”

Merle enlisted in the United States Navy in 1944, situated on a troop landing craft in the South Pacific. Following the allied victory, he registered as a student at Graceland College in Iowa.

The rapid-fire broadcaster was in the Philippines during World War II. Hearn got some early broadcast training there, working for Armed Forces Radio. Hee was discharged in 1946.

After the war, Jackson was in the U.S. Marine Corps. He then enrolled at Washington State under the G.I. bill.

The raspy voiced Most was an aerial gunner on a B-24 Liberator. He conducted 28 combat missions with the Air Force in World War II. The Bronx born broadcaster earned seven medals.

Nelson was inducted into the US Army at Camp Forrest in Tullahoma, TN in 1941. From there, Lindsey reported to the 9th Infantry Division at Ft. Bragg, NC. He served with this unit almost five years on three continents. During World War II, Nelson was a captain in North Africa and Europe. He was also a war correspondent and public relations specialist.

Rizzuto was a Navy man assigned to the Norfolk Naval Training Station in 1943. He was later in charge of a 20 mm gun crew on a ship in the Pacific. But he suffered from malaria while in New Guinea. So the Scooter was shipped to Australia to recover. He coached the US Navy baseball team while there.

Chuck was conscripted into the United States Army in 1943. He was promoted to the rank of sergeant. Thompson was sent to Europe aboard the Queen Mary in January, 1945 and ended up fighting in Europe’s Battle of the Bulge. Thompson received an honorable discharge in August, 1945.

Before he got into sports announcing, Whitaker served in the Army. He partook in WWII’s D-Day attack on June 9th as one of the replacements for the thousands killed and wounded when the Allies stormed the heavily fortified coastline three days earlier. Whitaker was wounded by either an artillery shell or mortar while on the mission. After he recovered, he was injured a second time and was honorably discharged.

There are so many, many other sports broadcast veterans. Just to name a few more (this is hardly a complete list):

But here’s something funny. The famed Cards and later White Sox and Cubs announcer, Harry Caray was turned down for military service because he had poor vision!

Wonderful stuff! As I recall the story, Jack Buck was playing golf one day and telling about being wounded, and the friend asked if he’d ever talked with Lindsey Nelson about World War II. No. The friend said, do it. So when they next saw each other, they both learned they were wounded in the left shoulder at the bridge at Remagen.

If I’m correct, Al Helfer was also in the army in World War II, and at some significant battles.