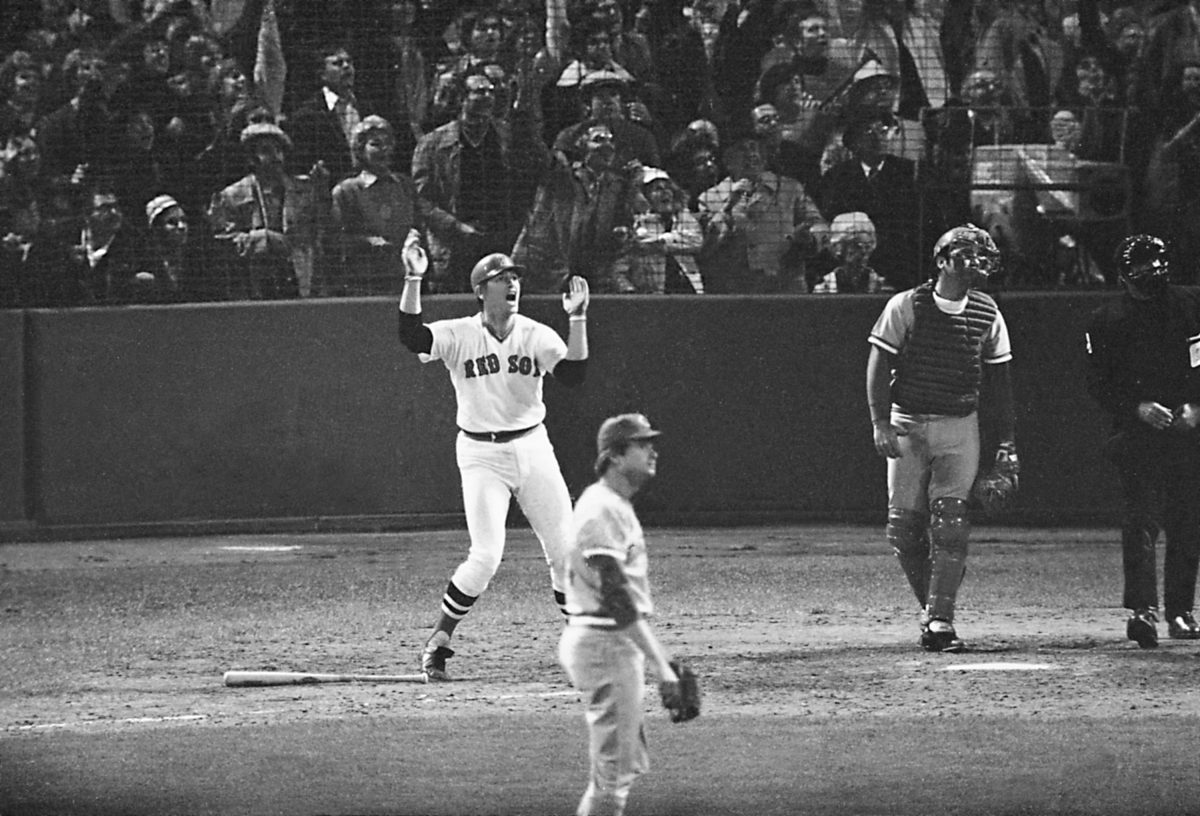 Tuesday night’s MLB All-Star Game recognizes the best players in the game by position. While these players, along with past All-Stars, are regularly identified for their iconic plays on the field, broadcasters through the years have also made unforgettable calls in the booth.

Sports Broadcast Journal is paying homage to the most memorable baseball calls of all time based on position with the Call-Star list.

In a game called by Vin Scully, Dodgers pitcher Sandy Koufax threw a no-hitter for a fourth consecutive season. This time, on September 9, 1965, it was a perfect game. In one of the most numbing calls in Scully’s illustrious career, he describes it like master painter, leaving out no detail.

In the bottom of the 12th inning of Game 6, Red Sox catcher Carlton Fisk stepped to the plate to face Reds reliever Pat Darcy. On the second pitch, Fisk drove the ball down the left field line and motioned for the ball to stay fair. It did, and the Red Sox forced a Game 7. It was a momentous achievement for Fisk. Stockton says, “That Fisk home run remains the top moment of my career.”

After completing a miraculous regular-season comeback, the Giants were facing the Dodgers for the National League pennant, and Bobby Thomson stepped to the plate down by two runs and with two runners aboard. Thomson drove a shot to left field and Hodges made one of the noisiest calls of all-time, capturing the energy of the crowd with the kind of unrestrained enthusiasm, not heard before by a broadcaster.

On NBC Television, NBC assigned broadcaster Jack Brickhouse and  Giants announcer Russ Hodges captured what is often simply referred to as The Catch (not to be confused with the NFL version by the late Dwight Clark). With the game tied at two in the eighth inning of Game 1 of the Series, Mays sprinted back and remarkably caught a drive by Vic Wertz. Brickhouse enthusiastically made the call and expressed his shock along with the rest of the world at Mays’ spectacular grab.

Blue Jays right fielder Joe Carter stepped to the plate in the ninth inning of Game 6 of the 1993 World Series trailing 6-5 with two runners on. Carter seized the opportunity and gave the Blue Jays their second-straight World Series via a walk-off home run. Hall of Fame Jays’ announcer Tom Cheek made his excitement felt as Carter danced around the bases before being carried off the field.

With the bases loaded and the Phillies trailing by a run, Mike Schmidt stepped to the plate with 499 home runs on his stat line. He drove his 500th home run to left field, and Phils’ voice Harry Kalas delivered the moment eventfully, fondling his words and capturing the achievement of Michael Jack Schmidt’s milestone shot.

The Bucs’ Bill Mazeroski stepped to the plate with Game 7 of the 1960 World Series tied 9-9 in the bottom of the ninth inning. Maz drove the ball over the left field wall to beat the mighty 1960 Yankees. To that point, no Series ever ended with a home run. Chuck Thompson identified the pitcher as Art Ditmar when it was Ralph Terry. He was given an opportunity to correct the taped the version of the call but he refused to do so. Thompson went on to have a Hall of Fame career but felt that like everyone else he’s human.

With the World Series tied and Game 5 tied, Cardinals shortstop Ozzie Smith smashed a walk-off home run to right field. Buck’s did something that made Hodges sound tame. “Go crazy,” Buck emoted as Smith ran around the bases after giving the Cardinals a 3-2 lead in the World Series.

With the Yankees in a 12-year World Series drought, Chris Chambliss stepped to the plate in the bottom of the ninth inning of a 6-6 game and drove a walk-off home run to right field. Fans rushed onto the field and swarmed around Chambliss, preventing him from touching home plate, but Keith Jackson and Howard Cosell navigated the situation and managed to capture the temperature of the overjoyed Yankee Stadium crowd and its welcoming response.

Henry Aaron sat tied with Babe Ruth at 714 home runs on April 8, 1974, Hank hammered his 715th dinger against Dodgers pitcher Al Downing in the fourth inning of the game in Atlanta. Dodgers broadcaster Vin Scully made the call of Aaron’s milestone blast on radio, doing so by underscoring  the historic nature of the accomplishment; an African-American baseball player receiving a standing ovation in the South in 1974 for breaking the record of an iconic white man.

Yankees teammates Mickey Mantle and Roger Maris were both chasing Babe Ruth’s single-season home run record in 1961 after the schedule expanded to 162 games, and Maris ultimately got the chance in the last game of the season on October 1 after injuries earlier in the season forced Mantle to miss time. In the bottom of the fourth inning of a scoreless game, Maris drove a ball to deep right field off Red Sox pitcher Tracy Stallard. Although Maris faced scrutiny for breaking the record in 162 games rather than the 154 that Ruth broke the record in, Yankees broadcaster Phil Rizzuto stamped it with his signature Holy Cow!  exclamation.

Second Base: Bobby Richardson’s Series-ending Catch in 1962 World Series, Called by George Kell: With the Giants trailing 1-0, Willie McCovey stepped to the plate with two outs and runners on second and third. McCovey made contact, hitting what he called “the hardest ball he had ever struck” to second base. Yankees second baseman Bobby Richardson caught the ball without having to leap, and Kell was on it. The Yankees made it back to back World Series wins.

A TRIBUTE TO THE BEST BASEBALL VOICE OF ALL-TIME

Vin Scully describes a rhubarb in arguably the most descriptive call on record (1959):

Dodgers broadcaster Vin Scully was well-known for his vivid radio calls. Yet this one was done unimaginably live. In 1959 at the LA Coliseum, the Dodgers’ home their first four years in Southern California, the skirmish began after Willie Mays hit a shot off Don Drysdale that was first ruled foul, then a home run, then a ground-rule double, given the unique architecture of the  Coliseum, a stadium built for football and track and field.

Following the rhubarb, which lasted nearly nine minutes, the Dodgers played the remainder of the game under protest. Through each moment of the “blow-by-blow verbal battle,” Scully kept up, vividly describing the mannerisms of the individuals involved and the intricacies of the Coliseum’s architecture. A must listen for budding broadcasters!

What a terrific article! Informative AND fun. Apropos of first base, Chuck Thompson also did a great call of a play at first in the 1960 World Series that Pat Hughes praises on his CD tribute to him.

Now, as a Dodger fan, I would like to know why you HAD to abuse me with the Russ Hodges and Jack Buck calls.

Have to disagree with you on first base. For me, there’s one call that stands alone, and for my money it’s the most underrated call in baseball history. Don Drysdale’s call for ABC of Steve Garvey’s home run to keep the Padres alive in the 1984 NLCS is as good of a call as anything I’ve heard.