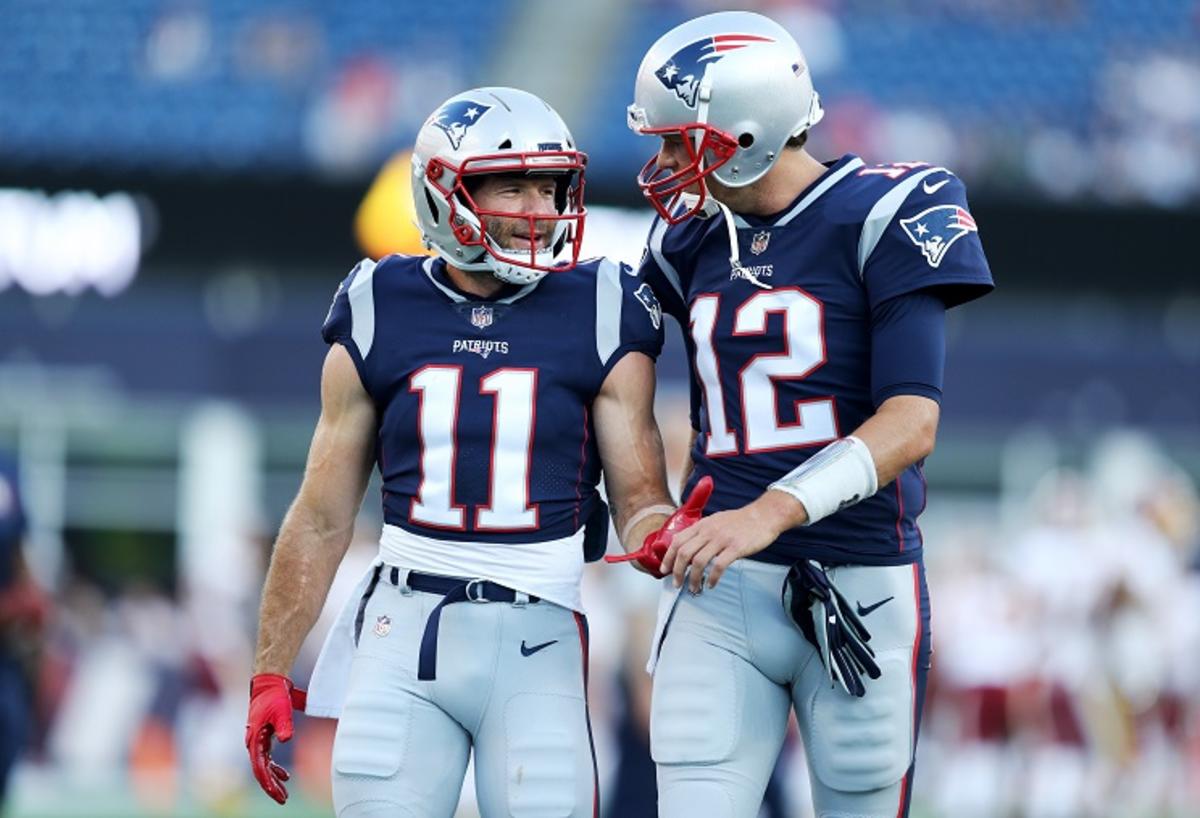 Among the highlights, Edelman talked about how early in his career he decided to spend his off seasons in Southern California, where he knew Tom Brady worked out with teammates, in hopes of getting the call from his quarterback to catch passes. He spoke of the importance those sessions had in Brady developing trust and confidence in him. Watch a video of the exchange, plus his thoughts on the Patriots comeback in Super Bowl LI and his memorable fourth quarter catch:

Finally, Edelman talked about his ACL injury during the 2017 preseason and the subsequent rehab, his suspension, and reconnecting with his family:

Fellow Super Bowl MVP, and legendary New York Jets quarterback, Joe Namath also visited SiriusXM and told Adam Schein on Mad Dog Sports Radio that the quarterback who is currently playing and whom he appreciates the most is none other than New England’s Tom Brady. Watch Namath explain why:

ICYMI: @RealJoeNamath tells @AdamSchein why he appreciates watching Tom Brady more than any other current quarterback in the NFL pic.twitter.com/eZIOfvyQxO

Namath also told SiriusXM NFL Radio that he likes what he sees with young Jets quarterback Sam Darnold, and that he wants badly for the Jets to win for their loyal fans:

The one and only @RealJoeNamath stopped by our studios to talk #Jets and their future with Sam Darnold at QB.

"I want to see us win for the fans"

And over on SiriusXM NBA Radio, 2019 league MVP Giannis Antetokounmpo said that he wants to continue learning the game and improve his shooting to become an even better player:

Can the MVP get even better?