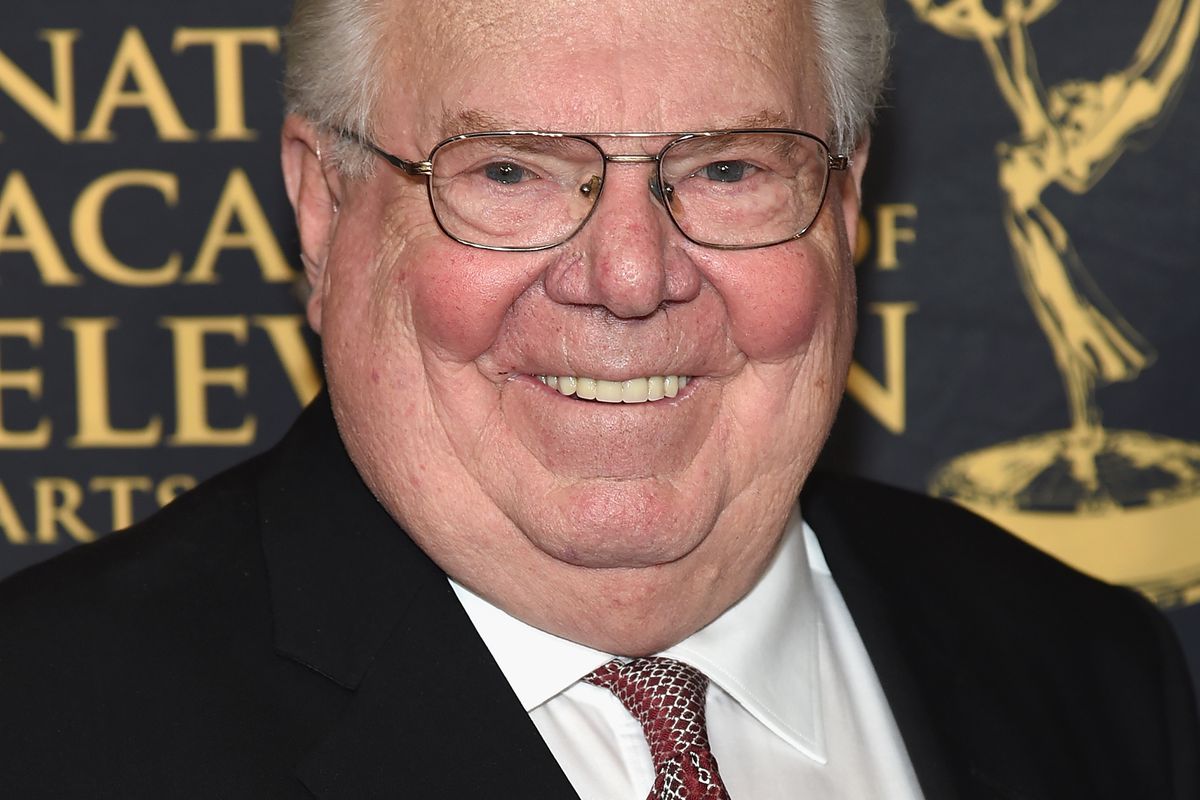 It’s the sports event of the year. For that matter, Sunday’s Super Bowl is historically the most watched telecast of any programming sort that hits the airwaves from January through December. The Super Bowl was launched popularly in Los Angeles in 1967 and has erupted wildly in the decades since.

The first game was aired by both CBS and NBC, the NFL and AFL rightsholders respectively. Curt Gowdy and Paul Christman for the Peacocks, Ray Scott and Jack Whitaker for the Tiffanys and Pat Summerall on color. The CBS and and NBC Radio Networks were busy at work too that first Super Bowl. NBC had Jim Simpson and George Ratterman on the radiocast. Jack Drees and Tom Hedrick were CBS’ game voices. Hedrick, 87, is alive and in great spirits. He’s the only man still standing who did the first Bowl! He called Kansas City Chiefs games and later taught sportscasting at KU. One of his standout students was Kevin Harlan. He’ll again do the championship this Sunday, Bengals-Rams.

These 11 network voices, all age 75 and above, are listed here from oldest in age to youngest:

The man still makes himself perspicuously clear, and diagrams plays while sticking to a tutorial script. He never reaches for the right name. It’s right there, on his lips, with command. If it’s teaching the basics of the game, you won’t get anyone better. He makes things sound simple and fundamental. Hubie’s a born and impassioned teacher. You can actually learn how to slip a screen or go over the pick’n roll. His speech mannerisms are unmistakable! The striking part about Hubie is how he instantly recognizes player, coaches and referees without any hesitation at age 88. We should all get into our late 80s in such a condition.

Uke mixes just about everything imaginable into a baseball broadcast. He’s worked network baseball for NBC and ABC and still presides over Brewers radiocasts, something he’s done for over half a century. The Midwesterner also spiritedly sprinkles uncontrived humor between pitches. His partners have included Al Michaels on ABC and Bob Costas on NBC. Dry wit! Warped humor! The retired catcher won a Ford Frick Hall of Fame Award for excellence behind the microphone. He seems to prefer radio over television where the microphone is his. Uecker seemed to be on Johnny Carson’s late night show regularly. He’s that funny.

Fifty years in the NBA, a man with a short built and a warm stature. His immediately identifiable tone, redolent of his Midwest roots, has filled up the Valley of the Sun from the triple-overtime playoff game against the Celts in the 1976 playoffs, the craziness of Barkley’s playing years in the 90s and the run last season to the NBA Finals. Unfortunately, no title, yet. I can’t recall McCoy ever breaking an octave over his vocal range. That good! I don’t remember Al ever screaming, yet I can remember him getting excited. They’re not the same.

One of the originals of ESPN’s GameDay, a runaway success since it launched in 1987. For years, the former Indiana and Louisville coach brought verve, spunk and stamina to the Saturday morning show and still does. His stroke slowed him down but didn’t stop him completely. Kirk Herbstreit has assisted Corso getting around in recent years and doing some talking on his behalf on the stage, not hard for the Ohio Stater to do. In his heyday, Lee’s shtick became weekly anticipation. Which helmet will he don when predicting the victor?, There would always be mixed cheers and jeers from fans around the stage.

Dickie V is convalescing. Let’s hope he fully recovers. A good man and a big heart. Dickie V has done more to popularize Naismith’s game than any of his peers. You can talk about Raf or Billy Packer, they are or were both wonderful. Vitale galvanized America and kept a fledgling ESPN in business in Bristol’s lean, thin and early years in the 80s. He’ll be off the air this year recouping from his cancer treatments. He hopes to be back next season. We miss him!

A voice who from my perspective has never gotten fair recognition for his contribution to broadcast sports or sports writing for that matter. He penned stories in Chicago before doing local sports on television. He also did TV general news on TV in Los Angeles. Nationally, He excelled; 6 NBA Finals, 6 Final Fours, College Football Championships and building CBS’ Inside the NFL. The only things he hasn’t gotten get yet are the the Pete Rozelle and the Curt Gowdy Media Awards from the Pro Football and Hoops Halls exclusively. Brent still does radio for the Vegas Raiders.

During the 1965 broadcast of the World Series on NBC, Vin Scully and Ray Scott shared the microphone, each representing their respective clubs, the Dodgers and Twins. Jim Kaat started three times, so did Sandy Koufax. There was shuffling of pitchers not pitching by committee as is the case today. On the broadcast, Scott mentioned that pitcher Kaat already started doing radio work in Minny and hoped to pursue the medium for a career. After many years on the mound, he’s enjoyed a wonderful on-air career with both teams and networks. Some of the best baseball on TV today are produced by the partnership of Kaat, with Mr. Baseball Encyclopedia, Bob Costas. A fun listen all the time.

Oh that belly laugh! How it warms you up. Whether it was the NFL on CBS, the NBA on Turner, the SEC from a landscape where college football reigns, Verne is everyone’s uncle. Today, he’s happy doing golf. Augusta is where he’s stamped some dandies whether it was covering Tiger Woods or Jack Nicklaus. Locally, he called Cowboys games on radio for years and was a TV anchor in the Metroplex. Lundquist lives in Austin where his father was a protestant minister.

The man with the wit and depth, Bill’s outdistanced other voices, becoming the face of college basketball. Old school, yet  sharp and on the mark, he works symbiotically with all his partners. He’s concocted phrases that seem to entertain millions, “a kiss,” or a “nickel and dimer.” Raftery is an exemplary Masters of Ceremonies and a standup comic. Bill can get both serious and toss quips on the air. He walks a tight line, using deprecating humor. The ex-Seton Hall coach has made tons more dough in broadcasting than he has on the bench.

Al’s leaving NBC amicably. As it stands today, his contract isn’t being extended by the Peacocks. Michaels has been around since the 1970s and NBC has treated him well since 2006. So did ABC and CBS beforehand. Think of those World Series and MNF games on ABC, 11 Super Bowls and even a couple seasons of the NBA. Where he ends up next year, who knows for sure?  He will likely do NFL games somewhere and the public will seek him out. It would be difficult to lose our primetime NFL voice after five decades.

Greg’s insouciant. He rarely if ever gets vocally pumped. It’s hard to believe that his career was seeded in pharmaceutical sales. His younger brother Brian was really the rising TV star in the Gumbel family. Still, Greg has a genuine smile and is well prepared for his main mission, serving as studio anchor for the Final Four. He hit the top of the NFL depth chart and actually called two Super Bowls, 2001 and 2004. He was reliable and dependable but never sounded sufficiently impassioned or inspired. Greg remains particularly current on much of what he does for CBS.