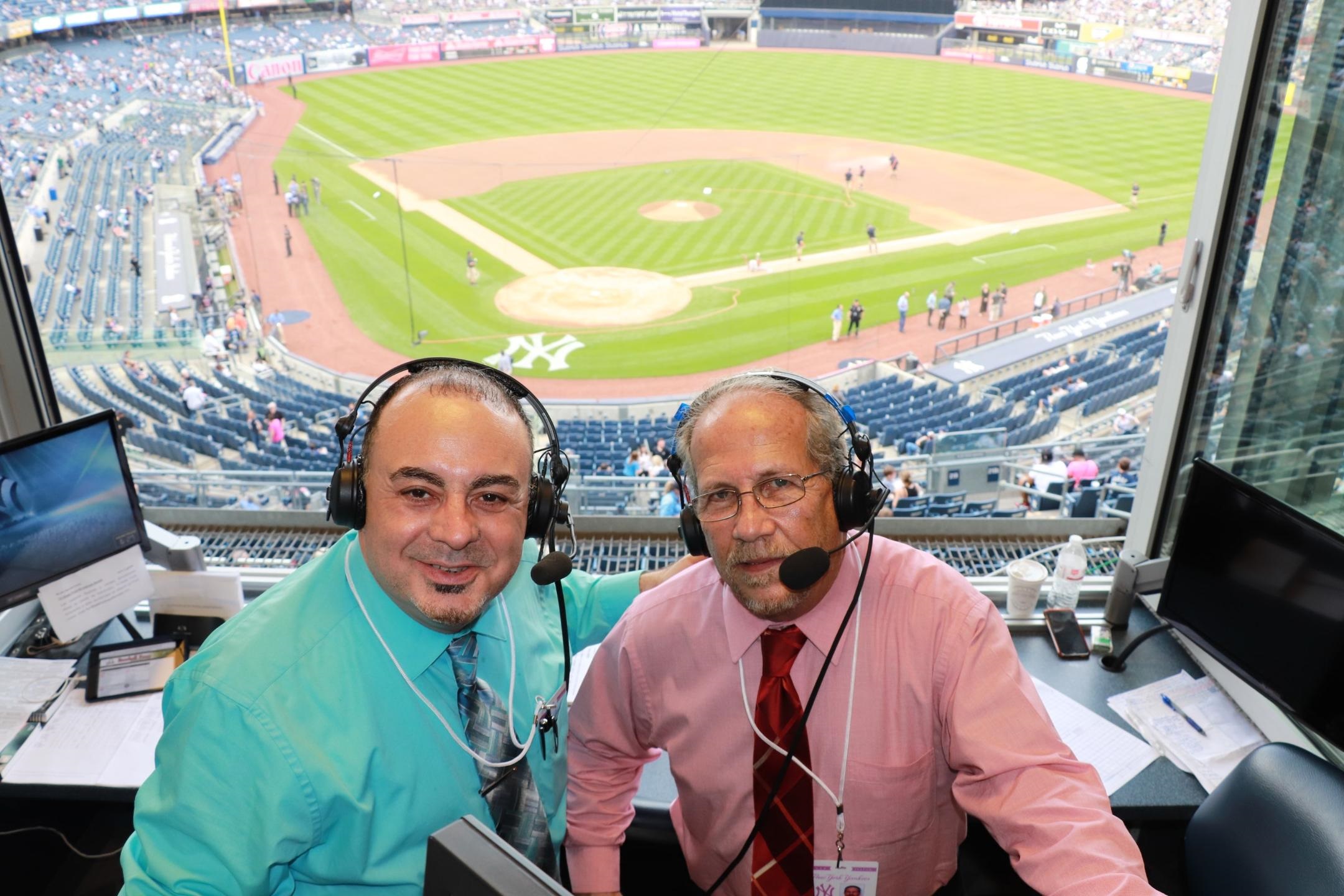 Spelling notwithstanding, his air name immediately triggers memories of the iconic Desi Arnaz who used the stage name Ricky Ricardo on the popular 1950’s sitcom I Love Lucy.

No, Rickie’s signature homerun call is not “Lucy, I’m home!”

Born Jorge Lima, Jr. to Cuban immigrants in Newark, N.J., Ricardo, 56, spent his teen years in Florida. Shortly after high school, he briefly worked as an evening DJ at a small disco station in Orlando. He began dating the daughter of the station owner, a man who previously employed Ricardo’s idol, then superstar air personality and programmer, ‘Chief Rocker’ Frankie Crocker of urban contemporary WBLS. The owner soon landed Ricardo a job interview with Crocker. “He just wanted me to stop dating his daughter,” Ricardo recalled, laughing.

Still just 18, Lima became WBLS’ midday DJ in 1981. It was Crocker who suggested that Lima become Rickie and adopt his real middle name Ricardo as his last name on-air. Therein, the anatomy of Rickie Ricardo. “Just remember this kid. Nobody’s ever going to forget you,” Crocker told him. The name stuck. “It’s a double-edged sword,” Ricardo says. “Because I’ve been asked ‘Where’s Lucy?’ at least 3,000 times.”

During the disco craze in the 1980s, WBLS scored huge ratings pumping out a diverse format, made up rhythmic songs from many genres. “I had my own couch at Studio 54 on the second floor,” Ricardo said. “At the time, everybody wanted to be around you. It was a decadent time. There was a lot of coke, sex, and dancing. Everything that it supposedly was, it was!”

For six years, Ricardo spent vacations as the tour emcee for James, the popular singer and notorious partyer who died after drug abuse at 56. Once, between air shifts, Ricardo attended James’ 72-hour, marathon bash at a plush Manhattan hotel. “We got so crazy that we were ejected from the Helmsley Palace,” Ricardo remembers.

At New York’s WSKQ-FM in 1992, Ricardo helped create and name what has since been “Mega 97.9,” forging the Mega freestyle music format for bilingual Hispanics. At the corporate level he later helped successfully clone Mega at many stations nationally. Ricardo was working in Miami in 2003, when the world champion Florida Marlins dumped several stars’ salaries. The club sought Ricardo’s help attracting young Latino fans.

That Marlins relationship resulted in Ricardo doing fill-in, Spanish play-by-play for them in 2005. “I got the fever,” he said. “I got a taste of doing play-by-play.” He filled in calling Phillies games in Spanish the next year, again cultivating the team’s relationship with local Hispanics. Ricardo became a full-time Phils broadcaster in 2007, and two years later was promoted to their lead Spanish voice. The game broadcasts and hosting sports talk in English on Philadelphia’s all-sports WIP led to his appointment as the Eagles’ Spanish announcer in 2010 on WEMG-FM, Mega 105.7.

When Ricardo joined the Yankees, their Latin prospects included future standouts Luis Severino, Gary Sanchez and Miguel Andujar, with whom he quickly bonded. “Basically, we’ve become Yankees together,” he said. Their shared heritage and language gives Ricardo a unique connection with Hispanic players. “They’re much more comfortable with me, talking to me, on-air or off the record, than maybe some guys who don’t speak Spanish,” he said.

Berral, Ricardo’s fiancée, is the sideline reporter on Eagles broadcasts. She also covers the team for Telemundo. Since Berral is very attractive, Ricardo quips, “She can get an interview or a quote from a player, easier than I can.” He says former Eagles Head Coach Chip Kelly considered Berral a distraction, once saying, “All the players are staring at her instead of watching the game.”

Of his Elliott call, Ricardo said, “I think it put me on the map.” He says his mentor, Crocker, wanted him to use music to bridge the gap between the English and Spanish speaking audience. “That’s been my mission since day one, and hopefully I’m doing that in sports now,” Ricardo said. “Si, senor!” is Ricardo’s standard call for a made field goal because it’s universally understood. “It’s basically Marv Albert’s ‘Yes!’ in Spanish,” he says.

“Échale sazón!” is Ricardo’s signature homerun call, meaning “Spice it up!” Working tirelessly, he recently called the Yankees-Tampa Bay Rays day game in the Bronx, drove to Philadelphia to fill in on the Phillies-Milwaukee Brewers post-game show that evening, then hosted the overnight shift in English on Philly’s WIP. Hoping to keep peace with fans of storied franchises in both cities, Ricardo reasons with emotional Philly diehards.

“You guys in Philadelphia may not like the Yankees, but that’s not your rival,” he tells them. “Your rival and my rival are a common enemy, the New York Mets. What I do in Philadelphia is I really embellish beating the Mets. So that’s enough to cover up my Yankee affiliation. I hate the Mets and I’m the Eagles guy.”

Note: WADO Radio in New York is owned by Univision Radio, not Entercom (or the former CBS Radio).