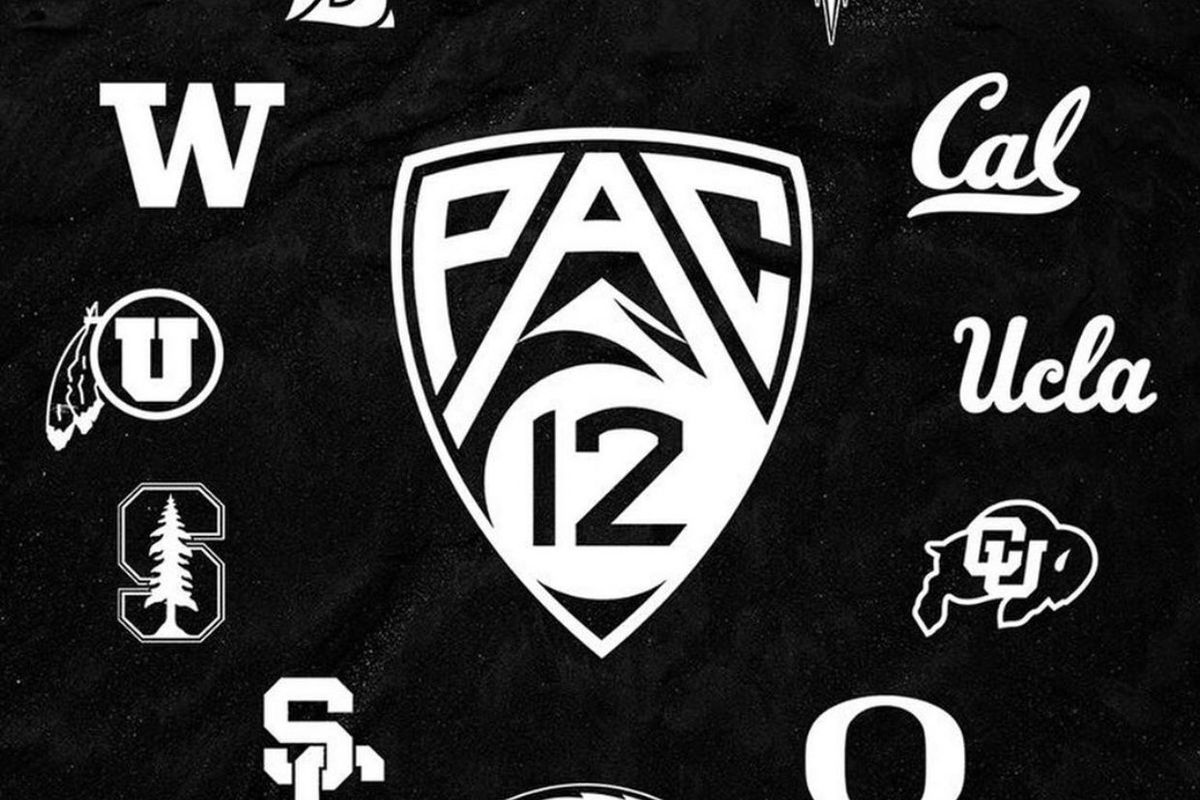 The Pac-12 and Big Ten postponed fall sports on August 11 through the end of 2020, affecting hundreds of people whose jobs depend on college sports. The NCAA furloughed much of its staff too. The voices of the Pac-12 schools and the Pac-12 Networks are also losing work assignments and potentially tons of money. These fellows don’t have jobs that pay millions of dollars.

We reached out to the Pac-12 announcers to get their thoughts on the postponement and how they’re coping with it. There are some telling answers.

1). How surprised were you by the cancellation?

2). What did you think of the decision?

3). (Optional) How did this affect your income?

1). I wasn’t really too surprised considering the number of states and areas where we still don’t have control of Covid 19. I believe very much in science, and science says we’re not there yet.

2). I very much trust the medical teams that were involved with the presidents and AD’s and their concerns for the health of the student athlete. I supported the decision because of the number of older and compromised support-staff that many teams may have working with them. I am 73 and have an auto-immune complication. That’s a bad gamble for those people.

3). My pay hasn’t been affected yet but I am still doing projects to help keep fans informed and engaged.

1). Not very. They tried the best they could and kept pushing things back but nature bats last.

2). The right thing to do, even if it’s unpopular.

3).  It’s my ONLY source of income: 13 football games a year, paid by the game. I am now forced to take two very small pensions from AFTRA  and my work at the YMCA and hit my social security early or I would be penniless in short order. Also filing for unemployment.

1). I wasn’t blindsided, sensed this could have been the direction in which the conference was going. I tried to remain hopeful and optimistic, but got the feeling this was a strong possibility.

2). The Pac-12 has been transparent in terms of how they reached this decision. I’m disappointed there will be no football games to call in the fall, but will remain hopeful that the season will not entirely be lost. I’m crushed for the student-athletes who are missing out but hope they get their chance to play at some point. This was not an easy decision to make but I believe they are making the correct one. There are still too many unknowns with the virus and the lack of testing makes it extremely difficult to try to play. The last thing the conference wanted to do is make this tough choice. The ramifications are devastating. Loss of revenue for schools, plus the countless people and friends of mine who have lost jobs or are been furloughed. But they had the best interests of the student-athletes, coaches, staff, etc. in mind.

3). I’m missing out on a pretty significant chunk of my income with the Pac-12 football season being postponed.  But I’m very fortunate having terrific employers at ESPN and Pac-12 Network. I’m probably doing better than most because of being a full-time, staff employee at ESPN, still working Major League Baseball for them plus a handful of games for the Oakland Athletics. There has been good communication from the Pac-12 Network, as well as the conference regarding what’s happening.

1). Given all the advance speculation of a potential postponement of Pac-12 sports, the actual decision was not really a surprise.  However, it has been – and still is – hard for me to wrap my mind around the fact that I’m about to experience an autumn without Pac-12 football, and, specifically for me, Arizona State football.  This will be the first fall since 1987 in which I will not be broadcasting Sun Devil Football games on either radio or television.

2). On the one hand, I’m certainly saddened and disappointed by the postponement of Pac-12 sports till January 2021, not only for myself, but especially for the thousands of student-athletes around the league whose competitions have been put on indefinite hold.  However, at the same time, I applaud the Pac-12 Conference for doing absolutely the right thing (and keep in mind, this action includes not just fall sports, but also winter sports like men’s and women’s basketball whose seasons begin in the fall). Until we have a better understanding of coronavirus and its potential side effects, and until we achieve better control of the virus’ spread, the health and well-being of Pac-12 student-athletes, as well as other personnel associated with conference sports teams, would be put in jeopardy by staging sports competitions this fall. I admire how the conference listened to the doctors and scientists, accepted their sound medical advice, and did the right thing to safeguard the health of its student-athletes by postponing the start of sports competitions until January.

3). To this point, my income thankfully has not been impacted by the pandemic. Obviously, things could change over the coming months, but I’m grateful to Arizona State and its athletic director Ray Anderson, who said back in April that his department would do everything in its power to keep Sun Devil Athletics “whole,” and so far, they have been able to do just that.

1). Not really surprised based on the current conditions in the Pac-12 cities. I had maintained an optimistic outlook, hoping that either the virus count would fade significantly, or, that a decision could be delayed until the end of August. It was probably best to make the call now before training camps opened.

2). The risk of spreading the virus outweighed trying to play football. Every high ranking health official I saw interviewed indicated the danger of close contact, and football is a contact sport. The University of Arizona has done a remarkable job of screening and testing the players who had returned to campus. The players were safe in their current environment. The unknown factor surrounded the games and the travel involved. Safety won out and that was the correct decision.

1). I wasn’t surprised, but I have to admit, I was shocked! In light of what’s been happening in society since the middle of March, you could feel a decision like this coming, but still to actually hear that the Big Ten and Pac 12 had cancelled college football was startling!

2). Like most college football fans, I’m disappointed and confused! It’s hard to comprehend how, depending on the area of the country in which you live and play football, that conferences being advised by doctors and science, can have entirely different views on the issue. And, if these various conference medical panels, do have differing views and understandings of what the path ahead is, why can’t they come together and form some sort of college football consensus which would universally guide college football? The inconsistency is, I believe, the toughest mental hurdle for fans around the country to get over.

1). “Sports are a reward for a functioning society” is the phrase to which I keep going back. I’ve been surprised for a long time that our society has done such a terrible job regarding common sense and doing what’s right for each other. But that’s totally separate from what the conference has done to ensure everyone’s safety this fall. We have only ourselves to blame; not the Pac-12.

2). With the information available, I think it was prudent. I’m disappointed just like everyone else is, but if you can’t ensure these athletes’ safety, let alone the coaches and fans, I don’t see that it was too tough of a choice, really.

3). Honestly, that (compensation) hasn’t even come up yet. Learfield/IMG is going to keep me busy with all kinds of clever content creation for UCLA these next few months, so I’m assuming I’m still pulling in a paycheck. Technically, I get paid per event and right now there are no events. But I trust we’ll be fair with each other when it comes time to figure out what Fall 2020 looks like.

1). I wasn’t surprised, we’ve all known this might be a possibility. The timing of the Pac 12’s decision surprised me because they seemed to have time on their side. There didn’t appear to be any real urgency to have to make the decision when they did. There has been so much change in a short period of time, with the virus, that I thought perhaps the Pac 12 CEO’s might use the time they had to see how things could change for the positive.

2). I understand why they made the decision they did, it was a risk vs. reward/liability decision. They choose to err on the side of caution, with so much unknown long term and a lack of point of care testing. It will be very interesting to see how this plays out this fall. I’m rooting for positivity and good things in the SEC, ACC and Big 12. I’m hoping any success they have can lead us to a potential spring season in the Pac 12.

1). No surprise except for the timing. From the earliest days of this pandemic, the difficulty of playing football safely was obvious. The NBA and NHL are showing us that basketball and hockey games can be played safely. As of this writing, we don’t know that answer for football. Given the optimism of late June and early July, a total postponement rather than a delayed fall start was, to me, unexpected.

2).  With no knowledge of the medical information that was shared, it is irresponsible and dangerous to comment on the decisions made by the 12 University leaders, including Dr. Robert Robbins,University of Arizona president, a prominent cardiovascular surgeon and former president of the Texas Medical Center. I find it notable that there have been no protests, lawsuits, or inane threats (See: Nebraska/Big Ten) from the Pac-12 schools. Larry Scott was transparent in the announcements, joined by a university president and a university doctor. The unanimous vote by leadership was acknowledged. Prior to the announcement, there were Zoom calls with student-athletes and parents. It appears that the Pac-12 process has avoided the unrest felt in the Big Ten.

3). The pain of this decision is felt by a wide group of people: those who play and coach at the sports that have been eliminated in a conference that has great pride in its Olympic sports success, over 100 employees either furloughed or eliminated at the Conference/Network, and countless workers at the 12 athletic departments whose employment may be impacted. In a year of misery for much of our country, the cost of this decision – seeing many talented colleagues losing their positions at the network – is immense.