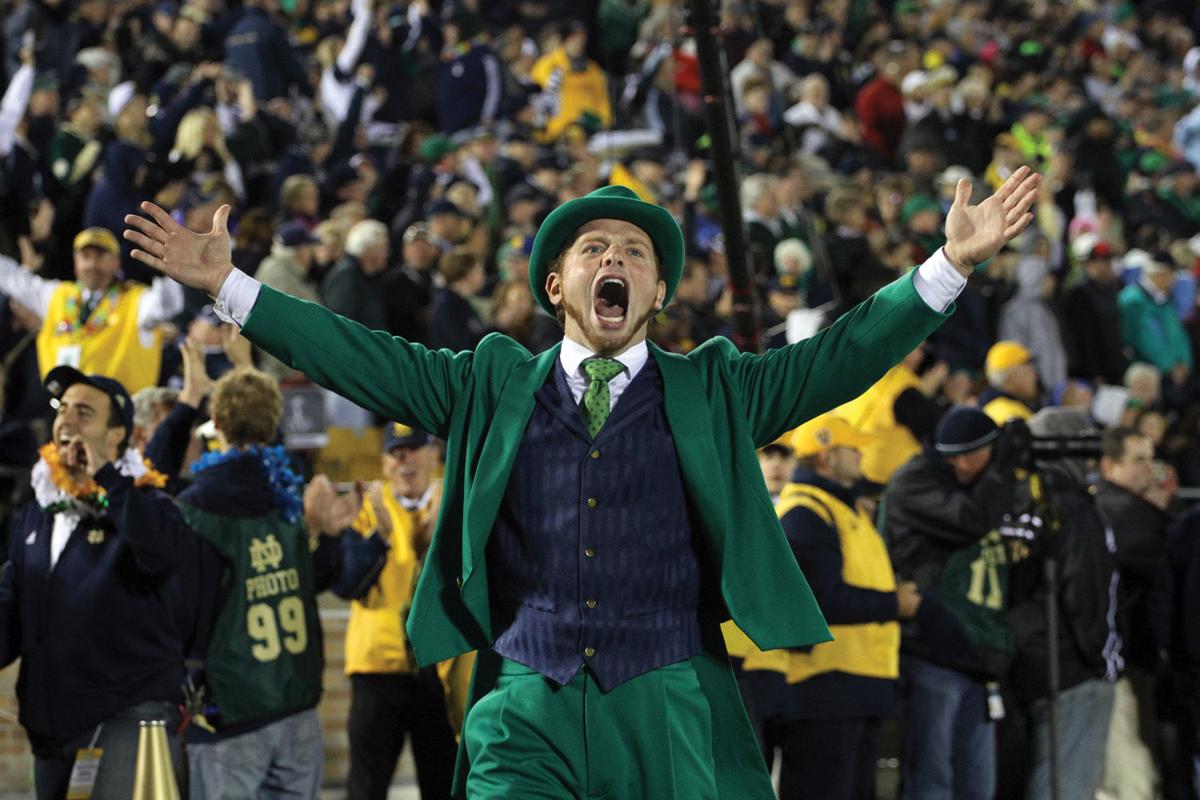 When he quarterbacked the University of Iowa football team, Paul Burmeister likely had no real idea of where his career would take him. After earning his bachelor’s degree in 1994 and spending five months with the Minnesota Vikings as a free agent, he went back to Iowa and earned his master’s in 1997. A year later, he launched his career locally on Iowa television, undertaking a variety of assignments like anchoring, reporting and doing color commentary on high school football telecasts.

Excelling, Paul soon found himself in Los Angeles working for the NFL Network, where he hosted an assortment of studio programs and later doing play-by-play for the Arena Football League. In 2011, he joined the NBC Sports Group in a role that gave him more play-by-play exposure, doing college football and basketball. During the 2018 winter Olympics, Burmeister demonstrated his diversity by reporting on ski jumping. His play-by-play ability grew too; he earned pre-season gigs doing the Jacksonville Jags and Kansas City Chiefs on TV.

But NBC’s play-by-play needs this Fall are limited after the network lost some college rights to Fox.  In anticipation, he had his agent Jim Ornstein at WME look into the Notre Dame availability once it was clear that Don Criqui would not return to the Irish mic.

In time, Burmeister learned that he was among the pool of candidates being considered. So in July while on a cliff overseas, covering the Tour de France for NBC, he was interviewed via phone by Tom Stultz, president of JMI which with Legends has the rights to market Notre Dame athletics.

Once he returned to the New York area, he met with Stultz and Notre Dame personnel to seal the deal.

While the radio mic isn’t completely foreign to Paul, he’s sat in for Dan Patrick on his national show, he’s never done play-by-play. Captioning the picture on television is one thing, now he’ll have to paint it. There have essentially been three prominent voices since the 1960s who’ve voiced ND’s play-by-play, Van Patrick, Tony Roberts and Don Criqui.

Paul and I talked about this dual challenge, no radio reps and immediately following Criqui; a Pro Football Hall of Famer who had called Irish games since 2006.

Burmeister is prepared, adding, “Hey, I know what it’s like to be booed out of stadiums and I’m prepared potentially for social media criticism.”

Burmeister will do football only. Jack Nolan will return to do Notre Dame basketball.

You’ve done play-by-play football for several college conferences and for a couple NFL teams during the pre-season. What will Notre Dame mean to you?

Growing up in the Midwest, playing quarterback in the Big Ten, working college football and the NFL for the last 20 years, I know what Notre Dame means.

For me, it’s a chance to broadcast a meaningful game nationally every Saturday, knowing that ND fans care deeply about their team. It’s exciting, humbling, and a bit intimidating; providing the kind of pressure to do the job that’s required.

How would you describe your style?  On TV, did you just caption the picture or did you offer opinions too?

My style evolved into both.

When I first started doing play by play, I was so concerned with just getting the call right; being accurate and efficient. My prep and my call reflected it. When I began working for the NBC family, I was pushed to the next level. In 2011, my first game was TCU at Air Force. So focused on doing a solid job on play-by-play, I spent my summer prepping names and numbers. It worked. I don’t think I missed a call. I felt good about it.

The following Monday, Molly Solomon, who worked directly with talent at NBC called to compliment me on the basics. She added, ‘Now it’s time to weave in storylines and observations, to personalize the players. Push yourself, add beef to the basic call. Be on the lookout for moments you can pounce on, to add a human interest angle and the like.’ That level of feedback was so valuable to me. It continues today with Sam Flood, Rob Hyland and Dan Steir at NBC. The feedback culture and coaching there has given me a chance to grow.

You worked with Hall of Famer Rod Woodson. What was it like?

Rod is fantastic. I don’t know if there’s a first ballot Hall of Famer who’s more humble and kind than Rod.

You’re moving to radio. Have you ever done radio play-by-play?

I have not and I admit that it presents an interesting challenge which I’m not taking lightly. I am humbly confident and would like to think that early success is attainable, yet I know it won’t come easy. I’ve thought a lot about the differences between TV and radio and and the hurdles that can trip me up.

I reached out for advice to those who’ve been successful doing both, Ian Eagle, Kevin Harlan, Kenny Albert and Mike Tirico.  All were generous with their time and candor. I asked each one, ‘What would you tell a guy who has a decade of experience calling football on TV, but who has never done radio?’ Each ran with it their own way. I have a notebook full of their experiences that I’ve been organizing this past week.

Invariably, all stressed the vital importance of updating down, distance, location and score. All added their own personal touch on it, sharing detailed insight, personal to their own experience.

There are a few tough ND broadcast acts to follow, going back to Van Patrick, Tony Roberts and later Don Criqui. How do you envision you’ll be accepted?

These are legendary names. Don Criqui’s call of Orange Bowls and NFL wildcard games are etched in my mind. And I learned last week in South Bend the tremendous respect Tony Roberts garners to this day.

I don’t anticipate being fully accepted until I prove that I can do the job well.That’s fine. I do hope that Ryan Harris (color commentator) and I develop chemistry and that Notre Dame fans will accept and trust us.

Will your call be straight down the middle or will you be a bit of a homer?

Interesting question. I guess it depends on how you define homer. I know I’ll have more excitement and more background stories for the Irish, and more focus on ND than its opponents.

Still, because of the national attention Notre Dame attracts every game, it’s a network broadcast with a mixed audience.  If I can share knowledge of both teams and all the unique matchups and storylines, it will add to a more enjoyable, well rounded broadcast.

Growing up in Iowa, you probably heard lots of Jim Zabel, the iconic Voice of Iowa football. What did you pick up from him?

I got to know him when I was playing at Iowa, and later working local television. The friendship felt special because of all those afternoons and evenings I spent with family, listening to his call of Iowa football and basketball. His voice reminded me of happy times with my mom and dad as a little kid.

Which other broadcasters to date have influenced your on-air work?

I remember a line from Dan Patrick and Keith Olbermann’s book. “The Big Show.” Dan said something to the effect of, ‘There are nuggets everywhere. You just have to find them.’

What do you know about your new colleague, Ryan Harris? Have you ever worked with him?

I got to spend quality time with him last week in South Bend for the first time. I came away impressed, and to be honest relieved. You never know how a guy just out of the game (retired 3.3.17) who finds his way into this business will respond. Some find media jobs as a soft place to land, as something to do. Others attack it as their next profession, as something they truly want to work at and succeed. Ryan struck me as someone in that latter category.

He’s an interesting and thoughtful guy who’s fun to hang out with. That goes a long way!

We’re also both lucky to have Jack Nolan’s 37 years of experience of covering Notre Dame football and basketball. Jack will be down on the field. I think Notre Dame fans will appreciate that familiarity and knowledge on each broadcast. I know it will benefit Ryan and me.

How do you see the coming Irish season?

I think they’ll have a real good season. I’ll hold off on predicting a number of wins, but the combo of athleticism and experience looks pretty impressive to me. They’re loaded on defense. On offense they don’t need Brandon Wimbush to be an All-American.  Yet, should he take the next step in his progression, from year one as a starter to year two – and the passing game can raise its efficiency a notch – it could be a special year!