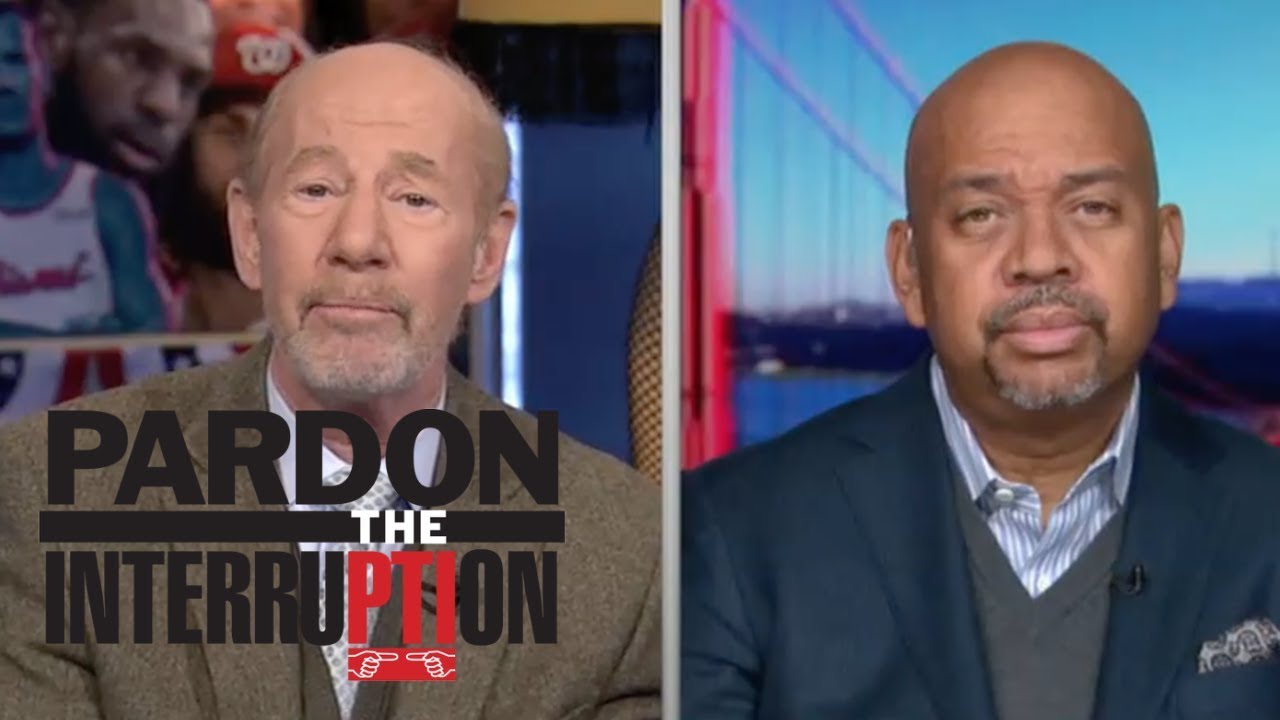 The organization will induct a quartet of members into its Hall of Fame this summer; Peter King, Bob Ley, Mike Emrick and Tony Kornheiser. They will be honored during the 60th annual NSMA Awards Weekend, June 22-24th in Winston-Salem, North Carolina.

King covers the NFL profoundly; doing it now fulltime for NBC through its tentacle of platforms. He’s a walking Rolodex of NFL contacts. No writer is better prepared or has a deeper understanding of the intricacies of the game. King is as comfortable hitting the keys or talking into a microphone in front of a camera. King answers anything NFL nonchalantly and spot on. He made the big move from Sports Illustrated last year, consolidating his efforts under the NBC umbrella. Connecticut reared, one of King’s early beats was covering sports media for the Cincinnati Enquirer. He later moved to Newsday on Long Island and then to SI where he presided for 26 years. Peter King: Telling it as he sees it; NFL needs a defensive lift; youth should start with flag football

Ley’s name is as interchangeable with ESPN as its home base in Bristol. When you think ESPN’s early years the names that strike your consciousness are Ley, Dick Vitale, Chris Berman, Roy Firestone the late Tom Mees and precious others. In his early years, Ley did mainstream studio work like SportsCenter. Yet for many years now, he’s differentiated himself from the ESPN pack, working offbeat features and engaging in investigative reporting. Bob’s also covered lots of soccer. He is the longest tenured employee at ESPN.

Emrick is the most accomplished of network hockey announcers. His animated, passionate and flawless calls have mesmerized NHL fans for decades on national television. His early network visibility was on ESPN in the 1980s. Yet his leading play-by-play role in NBC’s booth for 13 years has solidified his bond with the Stanley Cup. In the hockey space, if Wayne Gretzky was a player’s player, Emrick is an announcer’s announcer. The NHL’s Mike Emrick: A Rapid-Fire Version of Dick Enberg

Kornheiser is a lovable curmudgeon. Like King, Dan Le Batard and a few others, Tony can turn a word in print or serve as a provocative host on-air. He and Michael Wilbon have been a fun pair on ESPN for almost two decades, co-hosting ESPN’s Pardon the Interruption. Like King, he’s an alum of Newsday, before joining the New York Times and then the  Washington Post. He also was a member of ESPN’s Monday Night Football crew for three years but Kornheiser can’t stand getting on planes.

The NSMA also announced that Doris Burke won the 2018 National Sportscaster of the Year. Along with Debbie Antonelli, Burke is among the top women covering basketball on national television. She played ball at Providence, then became an analyst on women’s basketball, first in Providence, then with the New York Liberty of the WNBA before earning assignments at ESPN. In Bristol, ESPN liked what it saw in Doris and she is now a part of the network’s NBA broadcast team.

Adrian Wojnarowski won the National Sportswriter of the Year Award for writing. Here’s an oddity. Woj, as he’s known, was born in Bristol, Connecticut in 1969, ten years before ESPN launched.  He worked for several newspapers around America before landing at ESPN fulltime in 2017. He’s known best for his coverage of the NBA.

I’m happy to see Paul J. Schneider finally get the Idaho award. He’s been a Boise fixture for half a century. Paul J, as he’s simply known, interviewed mayors, governors and certainly anyone who meant anything in Idaho sports.  He was the voice of Boise State football and basketball for 35 years. His broadcasts on KBOI, whose mighty nighttime signal crosses many state lines, helped build his popularity throughout the west. The press box at Boise State’s football home, Albertsons Stadium is named in his honor.

Thank goodness. Finally! I know there’s lots of competition. California is a big state. Yet in his valedictory year, Ralph Lawler was named the Golden State’s Sportscaster of the Year. It’s a first for Ralph. Lawler has done Clippers basketball for most years since the club moved from Buffalo; first to San Diego and then to Los Angeles. In other words, he’s been with the franchise for five decades. He’s equally facile on radio and television. Through his career, Lawler has also called hockey and football. Funny, Ralph kept his real estate brokerage license handy all these years. Just in case!  Clippers’ Ralph Lawler, an LA all-time play-by-play great, now 80, will retire at the end of next season

Time for Joe Zagacki to get some love. The longtime Voice of the Hurricanes paints a nice picture on both his football and basketball broadcasts. You won’t find a harder working announcer. It’s tough for Joe to get the nod because Miami gets little statewide visibility, paling in that respect to both Florida and Florida State. Yet Joe’s deserving.

No one more worthy than Don Fischer who won his 26th award. His play calling is solid. Ask him about his training and he’ll talk about an absolute artist, Joe Tait, the retired voice of the Cavaliers. For my money, Joe is Voice Emeritus of the Cavs. I’m sure Fischer has great Bobby Knight stories. Imagine, here’s Fischer, a fellow so popular in the Hoosier state albeit he’s had little to work with as far as football.

I went through some of the earlier winners in Indiana. When I saw the name Hilliard Gates, I was reminded of the praise he was paid by the legendary Marty Glickman. Gates and Glickman called the NBA’s first ever All-Star Game on March 2, 1951. They did so for Mutual Radio (now Westwood One). The two split the game and Marty told me that Gates was excellent. He was based in Fort Wayne and did the old Fort Wayne Pistons.

Joe Boland was also a winner. He called Notre Dame football and the old Chicago Cardinals. Boland was on the national NBC Radio crew that broadcast the Greatest Game Ever Played, the 1958 overtime win by the Baltimore Colts over the Giants for the NFL title. The broadcast is available on YouTube. The ’58 overtime thriller, 60 years ago today, is still ranked as the ‘Greatest game ever played’

Allow me to add a deserving name for consideration in Indiana. He’s long overdue; just too humble to lobby for votes. It’s Howard Kellman who’s been the baseball Voice of the Indianapolis Indians of AAA for over 40 years. He’s worthy of it.

A couple notes on Iowa. First, I see where the late Larry Cotlar won the award in 2006. Let’s pause for a moment of silence for Larry who died tragically last summer, swept away by a flashflood. Next year, Gary Dolphin deserves the honor, just for putting up with myopic Iowa athletic director Gary Barta who suspended him for being critical of basketball coach Fran McCarffery and guard Maishe Dailey. It was an inadvertent comment made by Dolphin when he thought his mic was off. I thought we live in America!

Can this be right? Hall of Famer Johnny Most never got the award. There have been outstanding announcers in the state through the years. Curt Gowdy, Ned Martin and Gil Santos have won. I don’t know Mike Lynch from Merrill Lynch but he’s won the award like 15 times. Where’s Fred Cusick, Bob Wilson, Jon Miler and Joe Castiglione? Don’t get it. This is not to discount Lynch’s talent or popularity but please! I mean this. He ought to remove his name from consideration next year and let Castiglione win it.

Seems to be dominated by television anchors who are based in New York City. Nice to see that former Syracuse announcer, Doug Logan, was in the mix in 1982 and Buffalo’s extraordinary Van Miller won it in 1968. Miller might not have worked in the country’s biggest market, yet he was absolutely outstanding. Van presided over the Bills mic for decades and also did the old Buffalo Braves of the NBA. The most descriptive call of the infamous missed field goal attempt by Scott Norwood in the 1991 Super Bowl was made by Miller. It was graphic, gripping and emotional; better than Jack Buck’s on CBS Radio or Jim Gordon’s on WNEW in New York.

Where’s the recognition this season for arguably the best radio play-by-play announcer in hockey, Chuck Kaiton? Yes, Chuck was proud to win the award three years ago; in a region dominated by hoops. His Hurricanes career ended though disappointingly after the 2017-18 NHL season. Unfortunately, he was squeezed out by a parsimonious team owner who went to a simulcast to save some dough. What a world! The award this year would have been a nice send-off. Chuck Kaiton, an NHL radio Picasso, surveys the season and the teams that will contend for the Stanley Cup

Happy for Marc Zumoff. Good guy. Solid play-by-player for Sixers. Congrats. It looks like it’s his first win. But a Pittsburgh representative hasn’t won the award since 1979 when the colorful Myron Cope was selected. That’s essentially 40 years? How about Bill Hillgrove? He’s done Pitt football and basketball and Steelers forever.