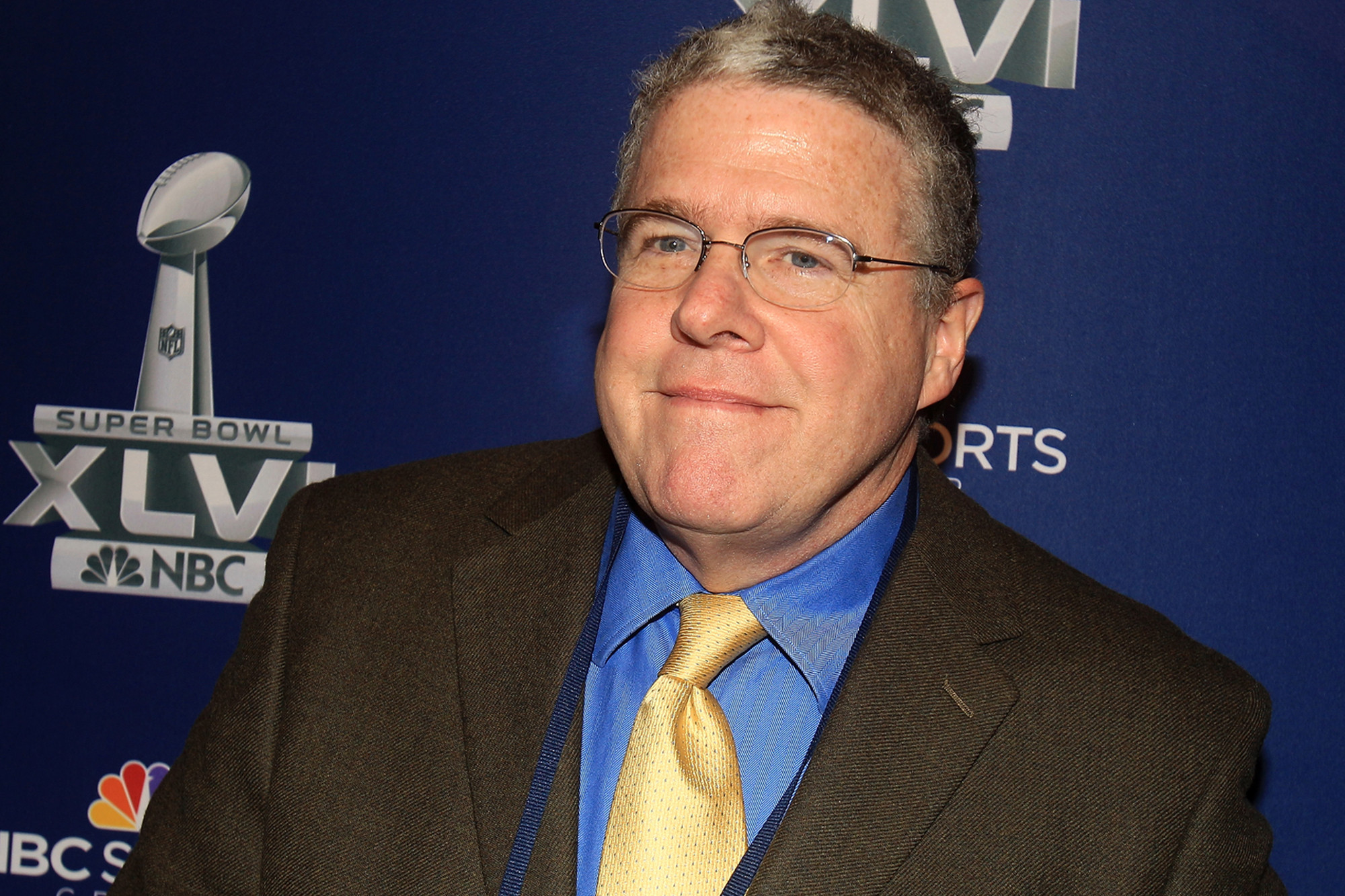 When I was 9 and falling in love with the NFL. I anticipated the fresh smell of the Sporting News’ newsprint hitting my mailbox every week. As it turned out, I was a glutton for punishment; craving the latest tidbits on my dreadful but lovable Patriots.

TSN’s coverage gave me the sensation of being an insider; whether it was info on running quarterback, Steve Grogan, rushing totals for Sam “The Bam” Cunningham or stats on Julius Adams and Steve Nelson.  There was also that Cowboys feature week. Some things never change!

Most kids needed a blanket. I needed a newspaper. I crammed a tuna sandwich for lunch while devouring sports statistics and the agate on the transactions page.

On top of the heap was the irreplaceable Sports Illustrated. Thankfully, my middle school and high school had a weekly subscription. I knew exactly when it would arrive and always made it a point to study in the library on delivery day.  I’ll never forget SI’s precious covers of the Steelers, Cowboys, Raiders and other great teams.

As I grew older, the sports world experienced an epochal change. ESPN became the channel for one stop consumption, eventually turning Sporting News into a lagging and obsolete source. It was real time versus five days late. Immediacy became America’s new norm.

Peter King is a longtime NFL reporter, first covering the beat in Cincinnati and later on Long Island, for Newsday.  He joined Sports Illustrated in 1989. In addition to writing for the magazine’s deified print edition, Peter was among the first center stage national writers to adopt the internet as part of his workload; contributing his news and views when SI launched its website in the 90s. Over the next 19 years his name and work were featured in bright-lights, most notably his stylish  column,  Monday Morning Quarterback . It evolved into one of the finest regular football pieces; chockfull of information, sprinkled heartwarmingly with personal anecdotes.

King left SI amicably earlier this year to join NBC fulltime.  His MMQB column transitioned into the hands of the younger set at SI while he started functioning from a broader platform, all under one roof; TV, radio and nbcsports.com.

In addition to having a gifted skill to flat out write, King, to some extent, pioneered sports journalism’s blending of church and state. Who knew anything about the personal lives of past columnists, influential writers like Dick Young, George Vecsey, Furman Bisher or Jim Murray? Broadcasters occasionally gave listeners some personal insight. New Yorkers knew that Phil Rizzuto’s wife was Cora and Lakers fans knew that Chick Hearn’s wife was Marge.

Unlike other scribes whose faces are invisible and personalities are inscrutable, King’s readers felt his neighborly warmth, learning in touching columns about his personal triumphs and tragedies; the deaths of his two brothers Bob and Kenny and the growth of his daughters, Mary Beth and Laura. All that, without ever missing a beat on football detail, depth and trends.

Each Monday, King has delivered the NFL like clockwork to desktops and mobile devices. He’s made the league and himself more relatable than any of the other beat reporter.

We had an enjoyable and lengthy phone call last week:

You’ve undergone some significant change this year with the move from SI to NBC.  What’s been the biggest change?

Not being the boss. What was most taxing is that at the end of my MMBQ run, I found it a bottomless pit to fill.  For me, the 12 weeks between the draft and the beginning of training camp was about filling space. And this year, for some reason it, really got to me. When I left, the staff was absolutely more than ready to take on the NFL on its own.  As long as I was there, I was going to take a lot of air out of the room. Basically, I now do four or so stories for Football Night in America and I do my column.  It’s been a good move so far.

You’ve brought NFL to America in a way that the public hadn’t seen it before.  Was it a conscious decision to weave your personal life into a football column?

My daughters both played field hockey which coincides with the football season and each week I’d drop in a note about their travails on the Montclair High field hockey team.  I’m not one of those who on April 7th likes writing about some obscure 3rd round prospect.

Through emails, I learned that many of the family developments that  I shared were universal. All parents have similar stories. I’ll never forget when Mary Beth’s team beat an arch rival, I got 500 emails.  Half said leave the personal stuff out, the other half wanted to be the president of the Mary Beth King fan club!  It helped people identify a little bit with me.

You’ve been around the game a long time, going back to your days covering the Bengals and Bill Parcells’ Giant teams.  Are you satisfied with the quality of today’s NFL?

Many games are tremendously exciting; fun and of very high quality.  Dan Fouts told me recently that the NFL ought to seriously consider playing twelve men on defense. As crazy as it sounds, I do think the NFL, in its unending search for ratings, scoring and the underlying need to accommodate fantasy players, still has to address the need to balance the game.

As entertaining as it was, offensive outbursts like New England’s 43-40 win over Kansas City will get to a point where we have three of those scoring fests a week. I’m not trying to say the game stinks but in consideration of the future, the NFL has to look into what it can do to help the defense.

What is the league doing to address diminished interest across the country in youth participation and high school football?

The NFL is investing $60 million in helmet research.  Zach Schonbrun of the New York Times did a story on the number of towns in New Jersey, a football factory, that are on the verge of eliminating the game. There are lots of parents who believe their children should not play.  I think parents should look at the Drew Brees ethos; not to play tackle football prior to high school.  Flag football is an immensely valuable tool to learn the strategies and to fall in love with the game.  At that point, hopefully a parent can embrace the quality of coaching as well as the quality of equipment they will be using.

Does Pop Warner, the nation’s largest youth football organization deserve criticism or should it be held accountable for starting kids in pads too early. It has a league now called Tiny Mite for 5- to 7 year olds.

Most parents didn’t have enough information when it was started but I will say that there is not any remote logic for a 7 year old to play tackle football.  It’s just wrong.

Usually, NBC has the biggest and most important matchup each week during the football season.  You watch a lot of football.  Are networks doing enough with their presentations or are there changes you’d like to see?

I’m not a TV head.  I really don’t watch many of the pregame shows.  Network do what surveys and research dictate. Promote the game, promote the stars.  For example, I found out the first week of the season that Aaron Rodgers and Bart Starr are close.  Aaron reveres Bart and has weekly conversations with his son Bart Jr.  Players are people. Fans should know something about those who they’re watching.  That’s a big goal.

The second part of it is that the league finally figured out Thursday nights.  It’s not doing any good to put on Jacksonville and Tennessee. You better find a compelling matchup.  It requires the league to give up some good Sunday matchups to give Thursdays a chance.  It seems to be working. FOX didn’t pay all this money to have weak games on Thursdays.  Fox’ doubleheader games this year are not as good because it can’t have everything.  Fox sacrificed some of its Sunday games for better primetime games on Thursday.

Players don’t like playing Thursdays. Any chance they will be eliminated during the next round of collective bargaining negotiations?

I understand most players don’t like it. But they’re asked to play only one Thursday night game per year.  According to Mike Florio who researched the economics. Thursdays produce a significant dollar figure. If Thursdays were eliminated it would be detrimental to the salary cap.  Ultimately, players won’t play for fewer dollars.

You bridge a gap between the recently deceased and longtime NFL writer Paul Zimmerman, (Dr. Z) and the millennial generation of writers that you essentially mentored and are now left behind at SI.  Talk about these two different generations and how they each looked at the NFL.

Paul detested the internet because his responsibility was to write for the print version of Sports Illustrated.  I can tell you that most of the writers got pissed off when they were first asked to do more than print.  Maybe the only reason I did it was because my boss Steve Robinson asked me to, explaining that SI.com needed original content.  As such, it’s ironic that Zimmerman became a beloved internet figure in his later years for writing about everything.  People remember the stories about The Flaming Redhead, his travels, the wine.

As for the new generation at the MMQB, I’d tell these writers to be different. Create your own ideas.  Figure out something different to really write.  They’ve done that very well.  Access is terrible to teams nowadays.  Jenny Vrentas wrote a deep and meaningful story last year about Bill Belichick and Nick Saban.  She literally had to track down 60 people who were at the intersection of these two giants of the game.  Conor Orr’s piece on Steve Belichick was an example of original thinking and essentially scouting a game; after all, Bill was taught by his father Steve.

Ratings were talked about so much last year, not so much this year. In fact, they’re up a bit at this point. How much of it was kneeling and player protests?

There were basically three players out of 1,696 each week who were protesting and I look at that and say so what?  We made far too much of it last year.

How about comments by President Trump and statements by Commissioner Goodell?

The fact that Trump isn’t kicking the NFL in the rear end anymore probably has allowed the issue to go away. Goodell has frankly disappeared and has gone totally underground.  Whether it’s by choice or direction from ownership, I’d really like to know. But it now seems to be a non-issue overall.