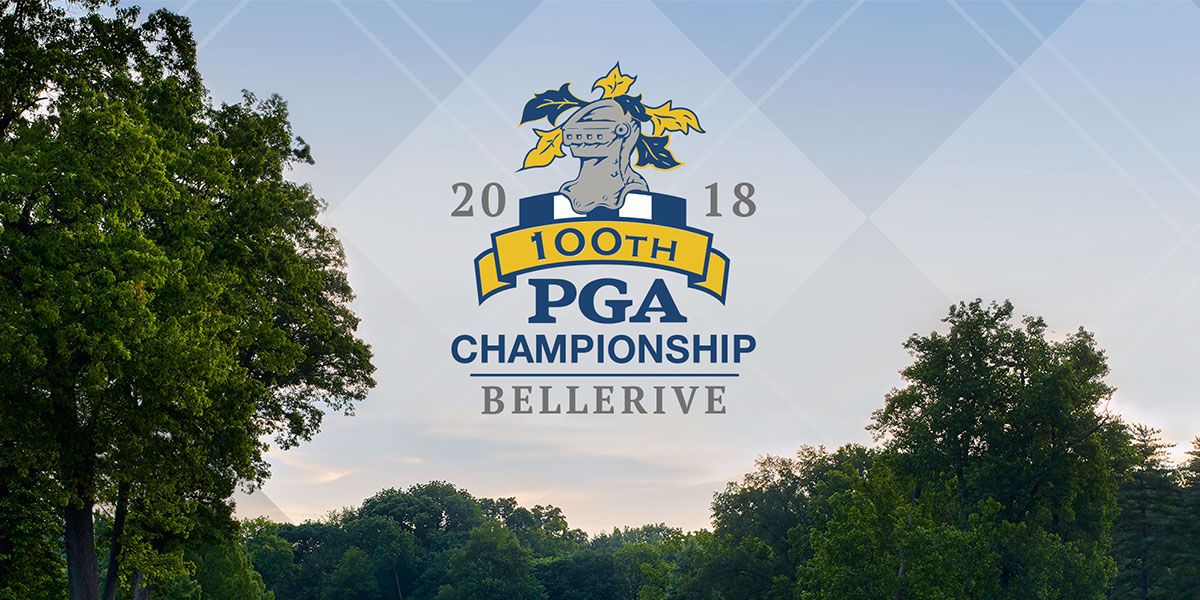 The 100th edition of the PGA Championship hosted at Bellerive Country Club was a network’s dream.

With much of its recent news focusing on its Chief Executive Les Moonves, CBS drew a reprieve this weekend with outstanding and riveting golf.  In a field considered the “strongest in golf,” Brooks Koepka held off Adam Scott and Tiger Woods down the stretch to notch his second major of the year.  Should be a huge ratings winner.  ( In metered markets, Sunday’s final round did a 6.1 household rating, up for CBS from 3.6 last year! It is the highest PGA final round rating since 2009. Saturday’s HH 3.9 rating was also the highest for a PGA Saturday since ’09)

CBS and its partner Turner Sports brought us the action from Thursday through Sunday and the engrossing  ‘Tiger effect’ on Saturday and Sunday. But the PGA championship was not a particularly shining moment for those announcers who had lackluster weekends.

Before delving into the individual grades:

I absolutely loved the use of Eye Tracker technology by Turner and CBS. It provides a very unique look at two different ways a putt could be made; a speed putt or utilizing the break. Excellent visual, especially for the casual golf viewer. Wasn’t overdone but was presented very well on important putts. Immediately, a viewer had a firsthand and very accurate understanding if a putt was going in.

Hard to believe this was Johnson’s 23rd PGA championship.  The steady veteran, most known for his work on NBA basketball at TNT, is superlative as a golf host.  He did a terrific job weaving in the Jarrod Lyle story.  Lyle, a PGA pro from Australia, died on the eve of the championship and it was Ernie who eloquently discussed what Lyle meant to fellow tour players.  Johnson, who also underwent treatment for cancer several years ago, was his typical understated self, providing a steady hand, leading Turner analyst and relative newcomer, Trevor Immelman.  Would really like to see more of Ernie on tournament golf.

Rising star alert.  This guy is the total package.  Young, brash, excitable.  He was spot-on for the better part of two days. The former Masters winner felt and looked exceptionally comfortable from the get go. Still playing on tour, though not at as many events, Immelman was very early to predict where shots would go if pros ‘misclubbed’ and he often voiced his displeasure at certain shots.

Trevor brings that thick South African accent which gives the viewer a feel of being in the fairway with the pro and caddy.  Only nitpick is he’s got to be a little more careful not to talk over the host at times.  Yet,  major thumbs up.  This guy could be the next Johnny Miller.

This just wasn’t a good weekend for arguably golf’s best host.  Too many errors on announcing scores or identifying players at certain holes.  Nantz is typically so reverential and he played the Woods in contention angle beautifully. But frankly that’s not all that hard when the visuals tell the story.  I wish he asked his lead analyst Nick Faldo some more biting questions as to why Woods was struggling so violently with his driver on the front 9 on Sunday or what his caddy Joe LaCava could do to settle him down.  Uncharacteristically, as Davis Love III was putting, he identified him as ‘former PGA champion Davis Love III,’ who owns the record at “-20 in winning the championship.” Then Nantz said “-16.”  Finally, he said, “Oh I had that wrong. It was actually -11 but it sure felt like -20”.  And Jim, yes, we know that Faldo was knighted by the queen, you need not remind us every time he’s Sir Nick. Uhhh, not good Jim.

Sensing a pattern here?  I just think Faldo’s time in the booth has become awkward at best.  Very little insight and/or criticism.  The best thing I heard all weekend from Faldo was when Woods was off the course. Nick said many pros easily would have shot 74 in the places Tiger put it today.  I needed more insight on how Adam Scott, after a poor few years on tour, was able to resurrect his game this weekend. What about Justin Thomas missing two short putts?  Brooks Koepka?  Why is this guy going into beast mode in major championships but seems to fade in run of the mill tour events?

I used to be a big fan of Gary’s but truth be told I think his schtick has gotten old and there’s really not much insightful commentary anymore.  It’s passable but I wonder if McCord misses his partner in crime David Feherty who of course left for NBC a couple years ago.

Too many misidentified scores and not enough depth. Pepper just hasn’t seemed comfortable and Kostis is too interested in the perfect swing rather than identifying what’s really happening.  An example was when they had Adam Scott on ShotTracker and he immediately said “exquisite.”  Uh Peter, that shot went deep left into the woods.  This can’t happen, especially in major championships.

When Pepper is firm in her belief, I can run with it but too often she doesn’t show her conviction.  I would have liked more from the former LPGA pro on green speeds, particularly the bent greens that were rolling slower due to the summer heat in St. Louis.

There really should be two grades for Nobilo.  As an on-course commentator he’s more than average and I appreciate his analysis as a former tour pro.  Frankly, CBS should give him more airtime.  In the studio with the Golf Channel team, particularly Brandel Chamblee and David Duval, there is not a better pre or post game show in the business.  That show is A+ all day long for the golf fanatic.

Amanda Balionis- Post Round Interviews CBS and TNT – A

Amanda is an absolute ‘up and comer’ and it’s been fun watching her grow into her role.  She handles the post-round interviews with care and asks the right questions.  Everyone knows Justin Thomas was frustrated after he finished his 4th round.  She asked, “What happened?”  Tiger’s not an easy interview either.  No one does it better than the Hofstra graduate and she knows her golf and isn’t afraid to poke fun with players as well.  That being said she is very good at blending the technology at her disposal for use in Q&A with the players.  Look for other assignments for her soon.  She’d be very good on football.

Let’s call this what the legendary sports media columnist Rudy Martzke would reference as the:

It goes to none other than Verne Lundquist. While Tiger was putting for birdie on the 11th hole and his ball sat on the edge, a la the famous 2005  ‘In your life’ chip that Verne called at Augusta, Faldo said, “We need Verne here.” Perfectly understated, Verne says, “I’m on standby.”