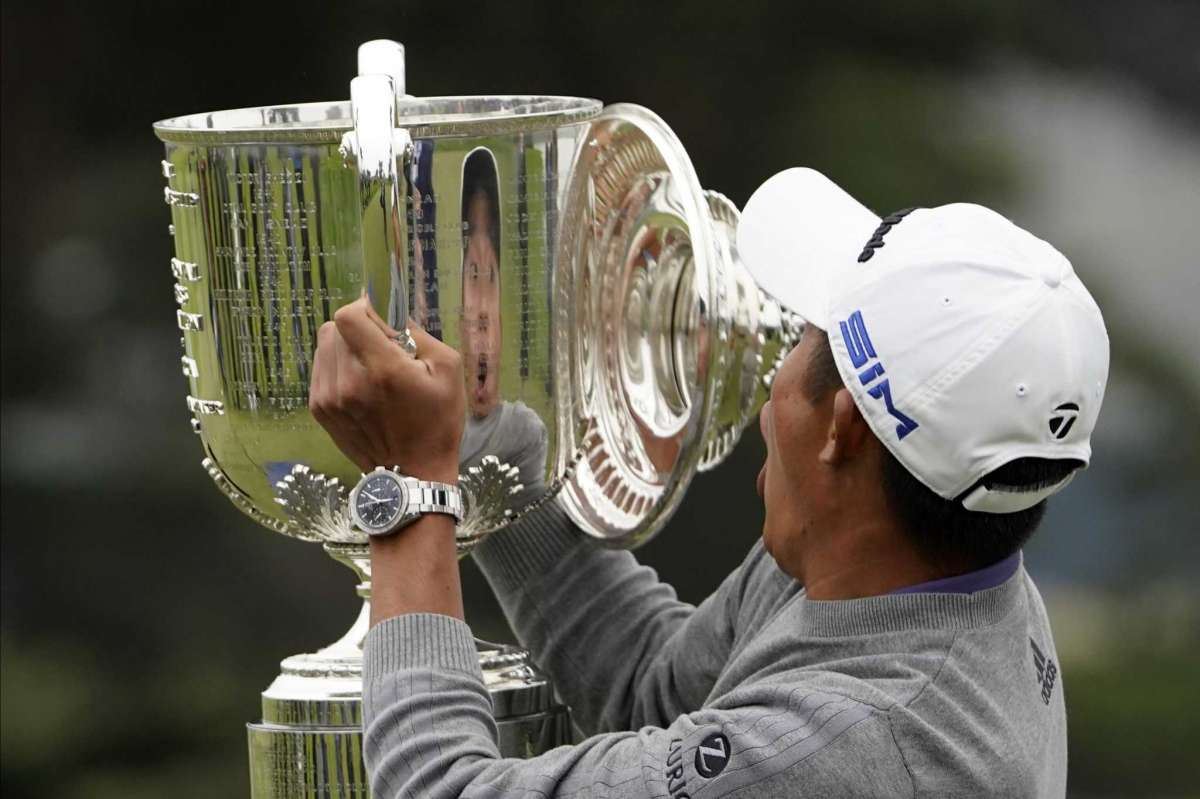 Sunday’s final round of the PGA Championship broadcast by CBS, was the single greatest day of golf on television, since CBS started broadcasting The Masters back in 1956. That year, amateur Ken Venturi lost by a single stroke (to Jack Burke, Jr.) after leading the first three rounds.

The golf on Sunday was spectacular and so was CBS’ coverage. They showed us an astounding 496 golf shots according to Jim Nantz in the course of the final round, and they didn’t miss a thing. With 23-year-old Colin Morikawa making spectacular shots on 14 and 16, CBS kept switching back and forth to the other six leaders who were tied with the University of California grad with less than 9 holes remaining.

Until Sunday, the best round of golf I had ever seen on TV was CBS’ coverage of the final round of the 1975 Masters when Jack Nicklaus closed out Tom Weiskopf and the fast-closing Johnny Miller by one shot. Miller closed with rounds of 65 and 66.

There were other Masters finishes that ranked highly, like Nicklaus’ great come-from behind victory at age 46 in 1986 or even Tiger’s win last year which seems even more the stuff of elves the way Tiger’s playing now.

But this past Sunday, CBS was ready for the young golfers to emerge. When Morikawa pitched in at 14, they were there. When Martin Wolf went from minus 4 to minus nine in three holes, they were there. Down the stretch, CBS was cutting from Dustin Johsnon to Jason Day to Paul Casey to Matthew Wolff to Scottie Scheffler to Tony Finau to Bryson DeChambeau and back to Morikawa, and then they’d throw in a Daniel Berger or Xander Schauffele making a great shot—it was spectacular coverage, on what Nantz described as “a visually spectacular setting” surrounding Harding Park in San Francisco. And how much fun was it for us amateurs to think about playing there some day since Harding Park is a public course.

Sunday we saw 496 golf shots, and it seemed like every one of them was for the tournament.

Sports Media Watch, an always dependable source for ratings information says that ESPN’s coverage of the PGA Championship enjoyed four-straight days of gains and that CBS posted “surprisingly modest ratings for the PGA.” According to SMW, “Sunday’s final round of the PGA Championship averaged a 3.3 rating and 5.15 million viewers on CBS, flat in ratings and up 3% in viewership from last year, when the tournament was played in May.” The numbers though were down 39% in both measures from Tiger Woods’ second-place finish in 2018.

More SMW data: “Overall, ESPN’s four days of coverage averaged 1.66 million viewers (+35%), the largest average for the PGA Championship on cable since 2010. Each day of coverage hit a multi-year high, with five-year highs last Thursday and Friday and a 15-year high on Saturday.”

For younger golf fans who might not remember Weiskopf, he won the 1973 British Open, 16 PGA Tour events in a stellar career. He was also a four time runner up at the Masters. Yet, it was after his playing career where he made the real dough. He went into the golf design business and is credited with developing over forty courses around the world. including the Monument and Pinnacle courses at Troon North Golf Club in Scottsdale, Arizona. Tom is now 77.

The next Major, the U. S. Open, is scheduled for Winged Foot in New York, September 17-20. It will be covered by NBC and its Golf Channel affiliate. The Masters which announced that it will not have fans attend this year is scheduled for November 12-15th. CBS will run it for a 65th straight time. ESPN will engage as well in the Masters as it has in recent years.