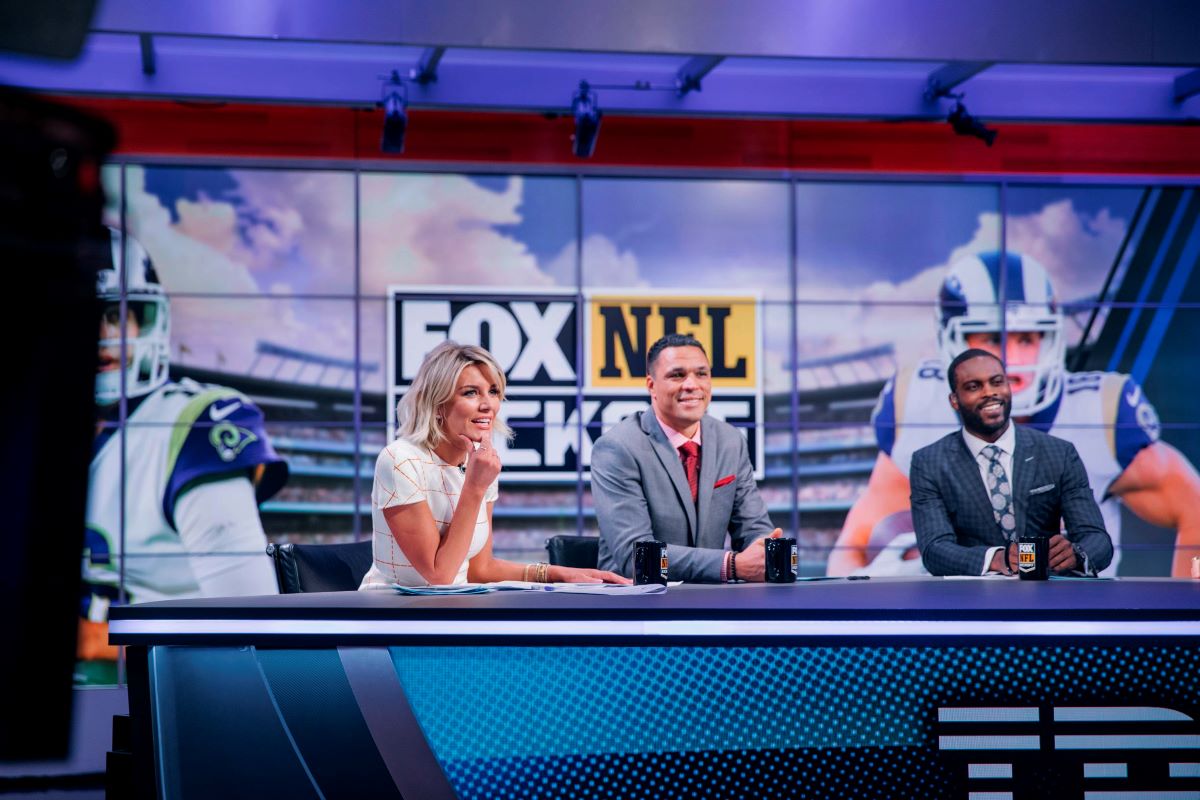 NFL pregame shows have evolved over the past few seasons. One of the key factors associated with them is the prevalence of sports betting, especially with proposition “prop” betting. Fox Sports has its “Super 6” contest and NBC Sports has its “Sunday Night 7.” Nonetheless, there are analysts and commentators who shine in the spotlight of pregame coverage.

Each network has its strengths and weaknesses in the studios. When I turn on a pregame show, I want to learn from the analysts, something new, something fresh.

Last weekend, I thought NBC had a very effective pregame show heading into the Las Vegas Raiders-Cincinnati Bengals matchup. Maria Taylor hosted. Chris Simms and Tony Dungy did the deep-dives in the studio. The network had Jac Collinsworth with analyst Rodney Harrison on-site in Cincinnati. Interestingly, two father-son combinations, Cris and Jac Collinsworth and Phil and Chris Simms are on the big stage these days for CBS or NBC.

NBC had interviews, but were sure to keep the interviews short and tight. The conversations did not overrun the show. The voices then went through all of the Super Wild Card Weekend games and focused on specific matchups. In the last half-hour of the pregame show, the on-air personnel centered on the Raiders-Bengals game. I thought this approach was  effective as a lead into kickoff.

On the other hand, Fox NFL Sunday is over-reliant on interviews. The Foxies go on forever and I did not feel as though that I picked up anything additional from its talent that I did from NBC’s roughly one to two short segmented interviews.

On Fox NFL Sunday leading into the Philadelphia Eagles-Tampa Bay Buccaneers game,  Michael Vick interviewed Philadelphia Eagles’ quarterback, Jalen Hurts. Vick did not ask anything in-depth and the interview dragged on for three to four minutes. There was some entertaining interaction between the two, but all of the interviews were way too long.

Fox NFL Sunday was my favorite pregame show for years. Each Sunday, I would make sure I was watching it at 10 a.m. MT. But the Foxies no longer have a hired comedian for their picks segment. Frank Caliendo was the highlight of the program, and Rob Riggle did not disappoint after Caliendo left the network. They always gave me a good chuckle about the games. Fox still has a segment before their picks, but they do not have someone leading the skits anymore.

Their picks segment also pales to what it used to be. They do the “Super 6” prop bet promotion, where the winner “gets” Terry Bradshaw’s money. I found this promotion to be increasingly annoying as the year went on.

Fox still has many good attractions. The OT is still the best postgame show. Jimmy Johnson is as sharp as can be, and Michael Strahan always has strong commentary. Sometimes, Terry Bradshaw forgets players’ names, which is frustrating for viewers. Curt Menefee is probably my favorite studio host for NFL games. He has a sense of humor and his delivery is soothing and comforting.

Jay Glazer is the best insider in the NFL and also has a sense of humor which helps the show.

The NFL Today on CBS has been revitalized by the presence of Nate Burleson. He is a rising and versatile star in television. For a relative newcomer, he’s assertive. Burleson was calling the 49ers-Cowboys game on Nickelodeon Sunday, so he was not in studio for CBS during their two-game broadcasts of Super Wild Card Weekend. Phil Simms provides the strongest critiques in the studio, but Boomer Esiason and Bill Cowher always add worthwhile depth. Host James Brown will sometimes add things into the discussions to drive home points. Brown is considered one of the real nice guys in the business.

On the cable networks, ESPN usually has Suzy Kolber host with a combination of Steve Young, Booger McFarland, Randy Moss, and Adam Schefter either from the stadium or the studio. Kolber is excellent. She’s knowledgeable and wears a warm and sincere smile. Young provides his best comments on ESPN and McFarland has improved as a studio participant. For Booger, there isn’t the pressure of having to take a deep dive on the fly as he needed to do on MNF.

Rich Eisen hosts NFL Gameday Morning on NFL Network. I’ve always found Michael Irvin to be entertaining even though he loves to talk about his Cowboys a bit too much. Kurt Warner and Steve Mariucci generally stimulate interesting discussions with Cynthia Frelund too.

Each network has its strengths and weaknesses. If you’re looking to be purely entertained, Fox’ NFL Sunday and NFL’s Gameday Morning are the two networks to watch. NBC and CBS do good jobs of analyzing matchups without being over the top. ESPN has a stimulating mix with its  pregame programming. “C’mon Man” is probably the strongest pregame show segment of all the pregame shows out there. There are plenty of options for viewers to get them set for watching football on game days.

With platforms continuing to swell, there will be even more options in the years ahead.

Nice job, Eric! I have to shake my head at how many and long the pre-game shows are, and I think of coming upon The NFL Today and NBC’s Grandstand–30 minutes, and I felt informed!