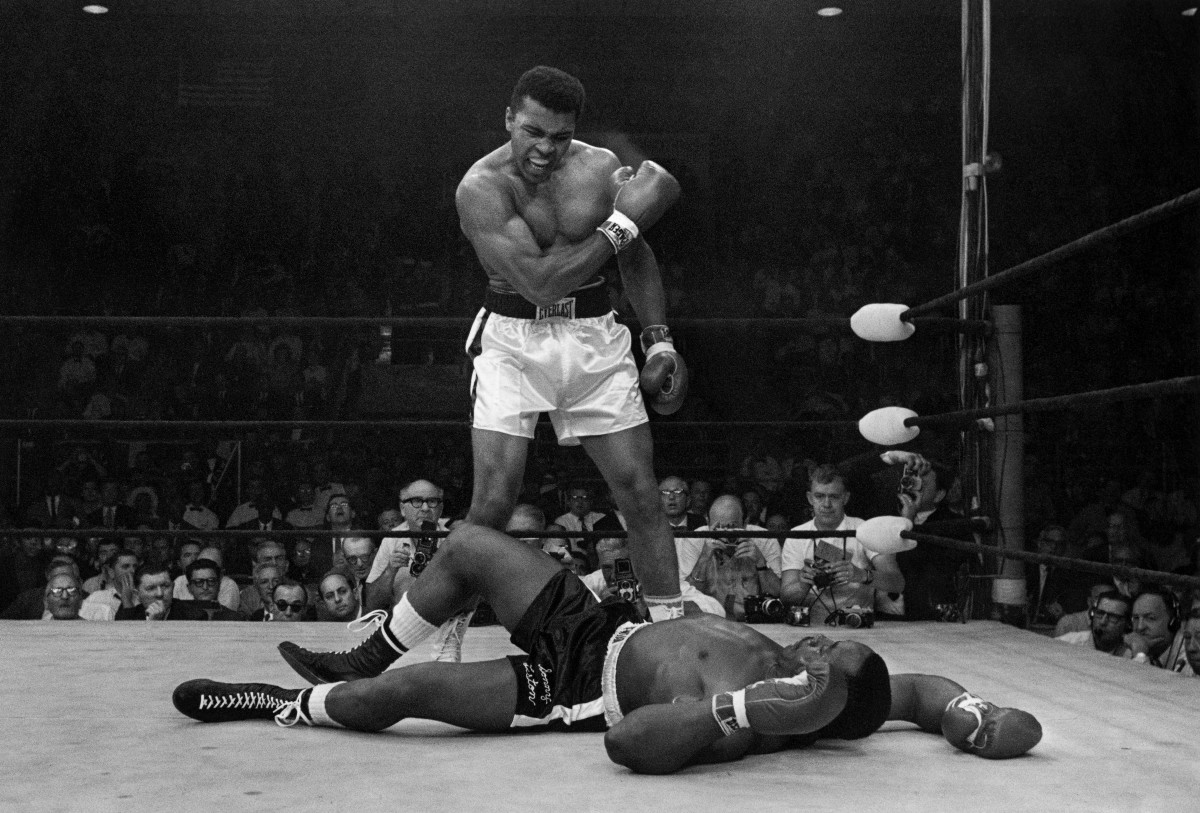 For a short period of time from the mid 1950s through the early 1960s, Les Keiter was appointment listening, particularly on radio The country stopped when Sonny Liston fought Cassius Clay for the  the heavyweight championship on February 25, 1964 in Miami Beach

Keiter did the blow-by-by nationally with engrossing and gripping enthusiasm. The only person who ruined the broadcast was Howard Cosell, who disrupted the broadcast, essentially stealing the thunder from Keiter. It’s the blow-by-blower. who’s expected to command the mic and announce it to the many millions himself listening. Remember there was no over-the-air television then. The video of the fight was available in-theater.

“I remember Ali being introduced in the ring before the second Liston-Patterson fight in Vegas. He pointed to the champ Liston and said ‘I want to rumble with you,’ I’m going to get you, you ugly bear.’ No one knew what w)hat to make of him,” Les told in his autobiography, Fifty years behind the Microphone. (left). 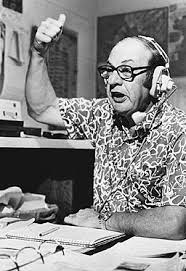 Marty Glickman, associated with WHN, made it clear. “I didn’t like the man (Keiter).” The two voices really despised one another. Their respective stations, Marty’s WHN and Les’ WINS competed for team rights in New York and sports shows. If Marty recapped Spring Training games from Florida for thirty minutes, Keiser would recreate baseball Giants games from San Francisco.

“I remember Ali being introduced in the ring before the second Liston-Patterson fight in Vegas. He pointed to the champ Liston and said ‘I want to rumble with you,’ I’m going to get you, you ugly bear.’ No one knew what w)hat to make of him,” Les told in his autobiography, Fifty years behind the Microphone. (left).

Red Barber was the first of the master recreators, doing so first in Cincinnati and later in Brooklyn. But Red’s broadcast included only the authentic sound of the authentic ticker under his voice. No fake crowd noise or the sound of make believe sounds of the bat.

If you ask the decorated Marv Albert to identify his two mentors, he’ll officially tell you they’re Glickman and Keiter. Marty took Marv under his wing and gave him many golden opportunities including the Knicks and Rangers during 1964-63 NBA and NHL seasons. When Marv began doing baseball recreations, Keiter gave him the instrumental tools and tutorials on how and when to use sound effects. 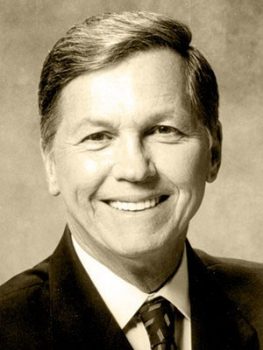 Heard from an imperishable voice, Johnny Holliday (left), beloved voice of Maryland football and basketball. His voice certainly hasn’t faded at all.

“I hit the big 85 in October which I can hardly believe….and heading into my 44th year with Maryland football and basketball and in October, begin my 66th year in broadcasting….still cooking…..to me….age is just a number…..I’ve been lucky to work with some great analysts such as Rick Barry, Paul Hornung, Tom Matte, Ray Knight, Don Sutton, Ken Norton, John Lowenstein, Greg Manning to mention just a few.”

How long has Holliday been around broadcasting? Dick Stockton interned for him in the mid 1960s before WINS went from rock to all-news, in 1965. Stockton retired a couple years ago from Fox.

The Football Giants – Keiter and Glickman

In 1956, the Football Giants moved from WHN to WINS. But the new station couldn’t land sponsors.

Getting the games from Glickman and WHN, Keiter, proudly announced the acquisition on August 14th of that year.

When the regular season arrived on October 7th, the Football Giants played in San Francisco. The game began but no Keiter and no WINS. And no television. The next week the same result in Chicago. No TV or radio in New York. An embarrassment for the fledging league and ball club.

In the days leading to Week #3, Keiter had to get on-air during weekday shows to plead for sponsors, By the end of the week, the New York Times signed on. Marty Glickman told me that the newspaper bailed out the ballclub with its sponsorship  purchase on WINS and Les Keiter.

I don’t think Cosell “disrupted” the Clay-Liston fight broadcast but it was just Howie being Howie, so to speak. Cosell’s between round commentary was effective. He didn’t interrupt Keiter during his blow by blow description but did interject himself at the beginning of the 7th round to exclaim over Keiter that Sonny Liston is “not coming out, he’s out…” Interesting that Cosell himself became a very good blow by blow commentator on ABC TV, where, ironically, he worked mostly alone. Keiter himself also called both Liston-Patterson fights (just one round each) and the Patterson-Ingemar Johansson fight in 1958. However, most… Read more »

I’ve heard the recording of Hodges and it’s fascinating that, in that small arena, you could barely hear him over the crowd! It was for Mutual, and Van Patrick introduced him.

There’s never been anyone better than Dunphy, I’d say.

Just to add about Les Keiter being “unappreciated.” I think it’s because despite his exciting delivery, he did not have significant national exposure and unlike Marty Glickman with the NY Knicks, Giants and Jets, Les wasn’t really associated long-time with any particular local pro team or league. Outside of baseball recreations, fans generally remember him doing the big 5 basketball games in Philly and the boxing heavyweight championships on radio. Do we know why he was replaced by Jack Buck on AFL play by play on ABC TV after just one game?

Barry, I can reply based on what I’ve read, not much more. The AFL’s first commissioner was Joe Foss. He pushed ABC to hire Les because of the energy he would bring to the broadcast. It did but the TV execs who were paying the rights fee, told Keiter, caption don’t describe! This isn’t radio. Talk less. Foss lost the tug of war with Chet Simmons, Roone Arledge’s lieutenant. So Les was finally taken off pxp and sent to the sidelines. Jack Buck took over pxp that first year. At least, this is what Les writes in his autobiography. The… Read more »