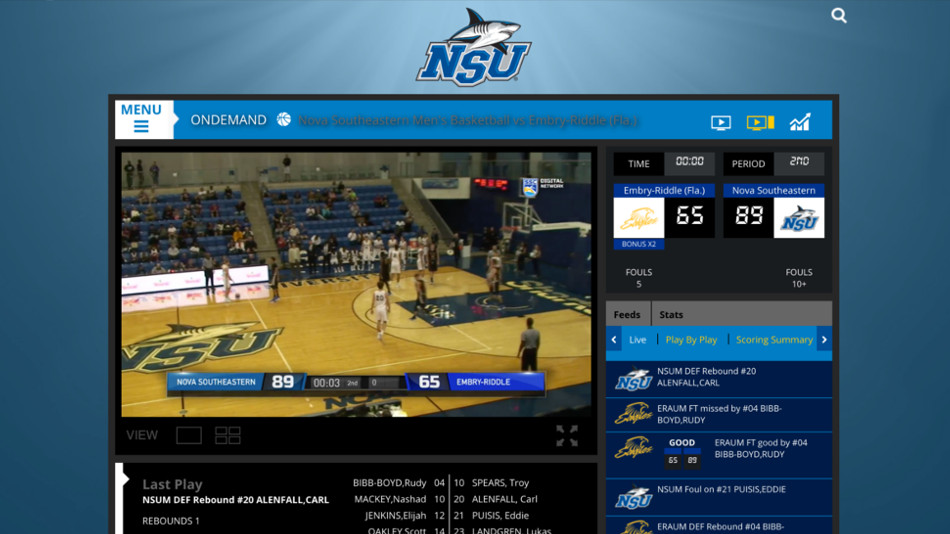 It’s not just in the eyes of baby boomers. From the perspective of those young  and old , the sports media world has come a striking distance. Take almost any sport today – at practically any level – and the likelihood is that every game is available live on some form of video.

In the 1950s and 60s, the number of games televised was limited due to high production costs, a paucity of sponsors and team concerns over television’s effect on attendance. By the 1970s, televised sports erupted; more coverage of out-of-town games, the breakthrough of Monday Night Football, improved technology and competitive networks.

In the 80s, ESPN and regional sports networks brought even more games to the masses. By the 2000s, the birth of vertical networks (e.g. MLB Network, Golf Channel) spawned a media environment, rich with play-by-play.

And just as fans thought it couldn’t get any better, mobile devices and inexpensive single-camera productions revolutionized live coverage. Today, fans are spoiled. They can see anything anywhere, whether it’s the Super Bowl or a local high school basketball game.

Streaming often requires no more than one student running a camera at the top of the bleachers, much the same way that dads, years ago, recorded family movies at home. It’s low-cost. And on-demand features make it available instantly at any later hour. From DI to DIII schools and from Minor League Baseball to the Little Leagues, streaming is ubiquitous.

Ryan Ermeling, a former SID, founded and runs Stretch Internet, a leading portal player in the streaming space. In our Q&A, he capsulizes the state of the business, addresses Stretch’s services and compares production requirements with those of ESPN3. Ryan also provides a glimpse of the mind boggling technology of the future . The progression is so fluid that the forces of change are constantly reshaping the streaming landscape.

For example, streaming today affords Nova Southeastern University pervasive visibility, the kind that was previously unthinkable. The South Florida DII powerhouse streams virtually all athletic events that originate from its sprawling campus. Whether it’s men’s and women’s basketball games, soccer matches or its national championship baseball program, NSU athletic competition is available live anywhere around the globe – with no more than a touch of a keyboard or screen.

Michael Mominey, the school’s athletic director will tell you, “The first thing you think about are the parents of our current student athletes and our recruits. Take our men’s basketball team, as an example. We have had student athletes from all over the county as well as international student-athletes from Norway, Sweden, Australia and Russia. Parents and recruits alike in so many different time-zones can get up in the middle of the night to watch their kids play or cheer on their Sharks. With the availability of this technology, you can access Sharks Athletics’ action on your phone, iPad or PC; anytime anywhere – It’s unimaginable!”

The streaming space has a scent of the wild-west to it, so it’s still too early to project where business models will land. Some schools, particularly recently, stream across multi-portals. For instance, Nova recently distributed one of its baseball streamcasts on both Stretch and Periscope simultaneously. The audience grew measurably. YouTube has streaming capability too.

From a training perspective, broadcast students ​in the past had one place to turn, the student radio station. Now, many student announcers call their college’s video streams. It better prepares them for a career in television. Fordham University’s ancillary sports like volleyball or softball are done by students. Basketball is done by pros. On-air talent levels differ by school and sport. The eleven Sunshine State Conference schools in Florida use a mix of former or current professional announcers and students; depending upon the event.

Streaming extends beyond play-by-play. There are coaches shows, podcasts, instructional programing and anything the imagination produces.

In time, advertising too will be prominently embedded in the mix. At some point, some visionary will cobble all schools’ streaming advertising inventory and sell network packages to national advertisers. IMG would be a good target to do so because all of the collegiate rights it owns nationwide.

Historically, where did Stretch see the demand and how did the streaming business evolve?

As a collegiate sports information director some 15 years ago, I saw first-hand a need to provide an economical, easy and reliable way for schools to stream audio broadcasts over the web. A couple of years later, video started becoming more prevalent and that eventually became the staple of our business. The demand has continued to evolve – we now see clients and viewers seeking an immersive platform, complete with data, stats, interactivity, etc. We’ve got an exciting roadmap to continue to innovate around those evolving needs.

On the sports front, how many events/games does Stretch stream a year?

Does Stretch essentially do the same thing as ESPN3 but on a smaller platform? Does ESPN3 have more rigid production requirements?

To some degree, we provide a service similar to ESPN3, but rather than focus on just “premium” events for a school, we provide services that allow schools and organizations to stream any and all events. While we certainly have systems and protocols in place to help ensure the best quality possible, our standards are less rigid than ESPN3, so it makes it much more accessible for our partners. We also have partnerships with dozens of production hardware vendors, so we’re able to structure custom workflows for clients around their goals, needs and resources. Other schools might only have the ability for a 1-camera shoot, but we can still outfit them with the basics to produce a clean, high-quality, professional broadcast.

At a school, what does it take from a manpower standpoint to stream an event? Do professionals produce the streamcast, do students or is it a combination of both? Is there crossover between students who announce for college radio stations and do work for the streamcasts?

We see just about everything. Nowadays, it is certainly feasible to easily produce a high-quality single-camera broadcast (which obviously works better for certain sports than others), complete with graphics, lower thirds, scoreboards and even replay. This type of set-up requires a single camera operator and a producer. Of course, adding more cameras increases the personnel requirements. A lot of our “smaller” schools conduct productions that are 100 percent equipped by students. In fact, some of our schools have started sports broadcasting programs or classes and provide practical experience by assigning students to broadcast or produce live events. Others outsource the broadcasts to local production companies.

Give us a success story please?

We work with more than 530 college and university athletic departments so there are plenty of “success stories.” One that stands out is our partnership with the Collegiate Water Polo Association. They came to us with a unique need –– they have limited staff, but they wanted to professionally broadcast tournaments just about every weekend from across the country. While it’s relatively easy to find people to set up a camera and film a tournament, it’s much harder to find competent play-by-play broadcasters. We engineered a system that allows them to send the “raw” video feed from the tournament site back to their offices in Bridgeport, Connecticut–– from there, they have their own staff layer on the audio play-by-play and the complete broadcast is aired over our platform. It’s worked beautifully, and allowed them to monetize high-quality broadcasts for their customer base.

What technological advancements do you envision down the road?

On the production side, we’re seeing some incredible technology advancements that are creating considerable flexibility at remarkably low, price points. Several of our partners now enable fixed cameras which can automatically track action on a court or field –– altogether eliminating the need for camera operators. We also work with a partner that’s created a way to wirelessly transmit camera feeds of up to 300 feet, which obviously makes it much easier than trying to run and tape down cable runs across stadiums and arenas.

From a viewer/fan perspective, we’re having fun developing our next-gen platform, which will offer an even more immersive way to digest and interact with content. The future of streaming is in user experience, and we’re focusing extensively on creating a dynamic experience on MULTIPLE platforms – web, mobile and OTT (Over the top or value-added).

Good article. The reference to water polo play-by-play reminded me that Marty Glickman called the pbp of the first water polo game he ever saw. I believe it was at the Goodwill Games many years ago. He said he announced it in the same style he would call a basketball game.

Thanks for making me feel like an old pioneer David. I was the play-by-play guy for for the 1997-98 International Hockey League Long Beach Ice Dogs, the first professional sports franchise to ever broadcast their full season on the internet at Broadcast dot com. We were unable to land a radio station that season and I was most fortunate to keep my job with this experimental new way of broadcasting our games to the fans. It worked for that season and look at it now. It’s great to know many more jobs are available because of the latest technology.