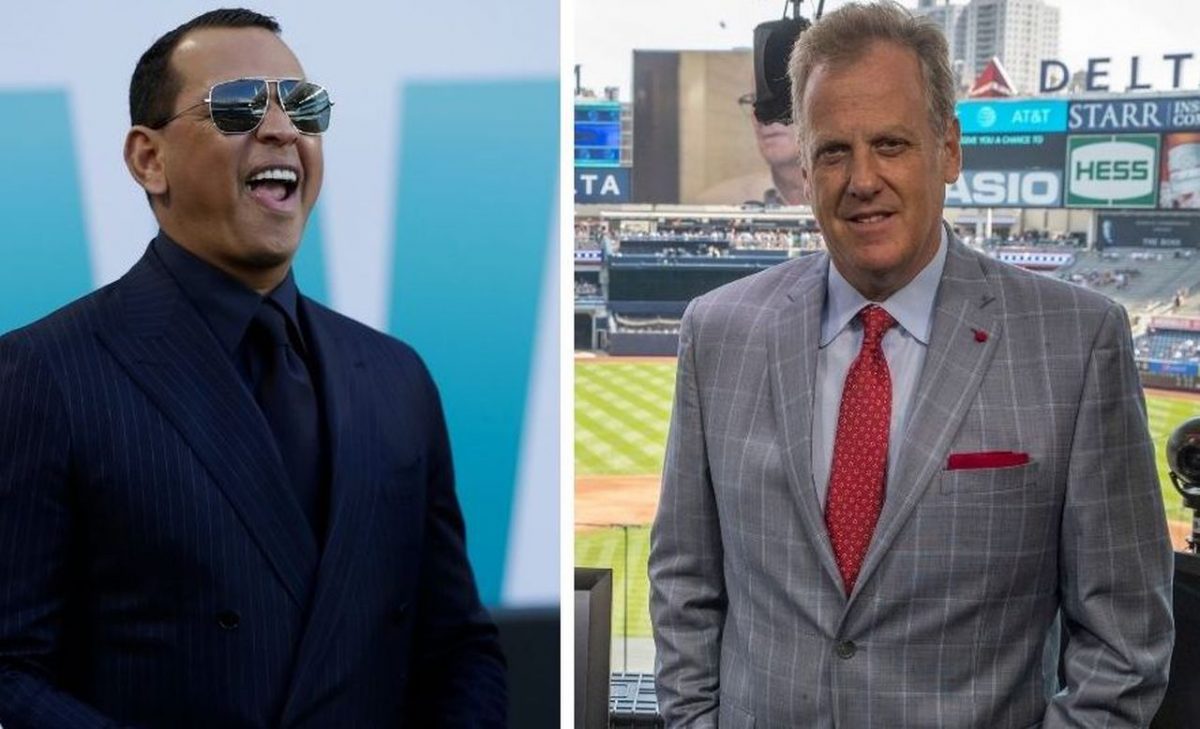 Sometime, as I fight to keep awake until a late night football or baseball game ends, announcers of the games are interchangeable to me.

That’s because while the voices are different, their descriptions of what is happening is not that different, and the between play commentary, is often similar., They talk about subjects that have nothing to do with the game. Living in the New York area, I hear the Mets broadcast team of Keith Hernandez, Ron Darling and Gary Cohen and find them among the best.

It reminds me of my time as a young sports writer when I covered more football and track meets and witnessed more baseball games from the press box at Ebbets Field than most people. After a while, all football games and track meets resembled each other, and baseball, my favorite sport, provided me enough time between pitches to complete a crossword puzzle, although not always correctly. (It still does.)

The saving grace about covering sports was that I was on the scene and actually witnessed what was happening, not what the TV or radio announcers said was happening. By that I mean, a ball down the right field foul line that was clearly going foul the moment the sphere left the bat was not described as being “Jusst foul,” and not every pitch that was called a ball “just missed.” Today, I do all of my sports watching through the lens of TV cameras.

It’s understandable why baseball and football announcers work so hard to keep viewers from going to sleep. Both sports have more lulls in them than does moving traffic on New York’s Belt Parkway. Some years ago, the Wall Street Journal reported that there are about 11 minutes of actual action in a football game and slightly more, 18 minutes, in a baseball game.

No wonder the announcers and producers of the telecasts of both sports seem interchangeable. They have to fill the dead time. Below are some of the ways they do so:

Instead of describing every pitch or play as if the continuation of life on Earth was at stake, it featured a relaxed Michael Kay, the long-time New York Yankees announcer, and Alex Rodriquez, who was suspended by Major League Baseball for “his use and possession of numerous forms of prohibited performance-enhancing substances, including testosterone and human growth hormone, over the course of multiple years,” – but that’s a conversation for another column – discussing the game as none fanatic fans might. Their commentary was interspersed with demonstrations and A-Rod’s suggestions about how to bring the game into this century to attract new fans; interviews with guest celebrities fans were conducted mostly by Kay.

For me, it was a much more entertaining experience than watching 162 games of regular baseball telecasts, where nothing changes but the teams and game announcers who throw out more repetitive stats in three innings than I can get listening to the stock market reports all day on CNBC. I also found the KayRod duo more appealing than its football kin, the ManningCast. To my way of thinking it’s not just baseball games that need tinkering to attract new fans. So does the telecasting of baseball and football games. And the KayRod and ManningCasts are on the right track.

Which brings me to one of my many criticisms of sports telecasts: Announcers telling only part of the story, unlike print reporters, who cut their umbilical cords with sports leagues many years ago.

Thankfully, TV camera coverage of baseball games has greatly improved, but still some announcers still revert to the days when viewers didn’t have such good vantage points and still exaggerate how a foul ball “jusst missed.”  The similarity of baseball and football commentators is never more evident than after the completion of a long pass, run or interception. The play is described as if it is a once in a decade happening, when in actuality it occurs as often as the game is stopped to permit a commercial.

In one of his most famous plays, Julius Ceaser, William Shakespeare wrote, “The evil that men do lives after them; The good is oft interred with their bones.” When talking about “the greats” of the games, sportscasters often reverse that line by talking only about the “good” and neglecting the “evil.”

Thus, I agree with what Stanley Woodward, the great New York Herald Tribune sports editor, said many years go about ballplayers: “Stop Godding up those players.”  Woodward’s advice should be heeded by team broadcasters.

Exaggeration is a constant of both baseball and football announcers:

A great piece. I was inspired to say a couple of things. One is that I remember, in a playoff game, Yasiel Puig of the Dodgers making an incredible run to the RF line to try to catch a ball and just missing. The announcers couldn’t necessarily have known but it turned out that the bench had been imploring him to move closer to the line–if he had paid attention, he would have made an easy play. We do need announcers on radio telling us more about defensive alignments. That goes to something a friend of mine said that relates… Read more »