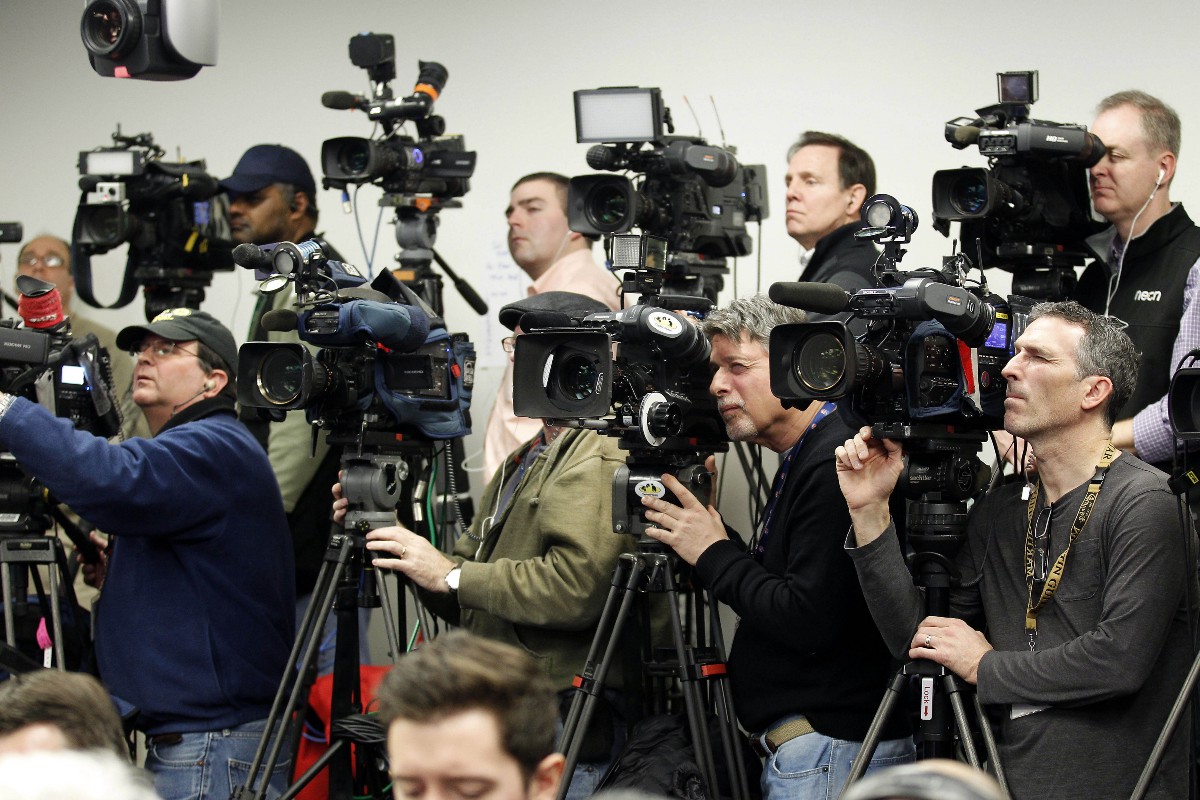 Long before entering the PR business, I was a novice sports reporter for several New York publications. It was then that I became familiar with the new language, which veterans of the beat called “coach speak.”

Here are several examples of “coach speak,” which you are certain to hear ad infinitum during pre and post game TV interviews.

From the baseball manager:

Situation:  An athlete signed as a role player gets an opportunity to play every day and excels.

Quote:  “I’m not surprised. All you have to do is look at his career.”

Situation:  A veteran who has seen better days and is no longer an everyday player is signed to a contract.

Quote: “What he brings to the clubhouse can’t be measured.”

Situation:  A manager, in June, is asked the status of an injured player’s rehab program.

Situation:  A batter is in a slump.

Quote:  He’s hitting with his foot in the bucket or he’s bailing out. (Bailing out the water from the bucket?)

From the pitching coach:

Situation:  A pitcher is given one last chance and puts together a string of wins.

Quote:  He learned how to concentrate.

Situation:  The same pitcher starts to put together a string of losses.

Quote:  “He has to stop losing his concentration.”

From the football coach:

Situation:  A team is going through a good period.

Quote:  “It’s all about the blocking and tackling.”

Situation:  A team is going through a bad period.

Quote:  “It’s all about the blocking and tackling.”

From the basketball coach:

Situation:  A player continually passes the ball to another despite having open shots.

Quote:  “He’s an unselfish player,” or “He has to get more selfish.”

“Coach Speak” is not limited only to the “sideline generals.”  Athletes on “the field of battle” and front office personal are also known to use “coach speak,” but often also resort to jargon or “sports talk.”

From the baseball player:

Situation:  A high-average batter is in a prolonged slump.

Situation:  A batter goes into a prolonged slump.

Quote: “I have to stop pulling off the ball.”  (Guess the new specs didn’t help.)

Situation:  A pitcher describes why he was ineffective.

Quote:  “I was opening my front shoulder too quickly” or “I’m rushing and flying open causing the ball to flatten out” or “the ball was up in the zone or down in the zone.” (Okay, as long you make it clear to those who don’t live and die with sports lingo.)

Situation:  A team is on a losing streak.

Situation:  A team wins a championship.

Quote:  “The fans in this city deserve a championship.”  (The fans in other cities where you managed or played didn’t?)

Quote:  “I don’t feel appreciated” or “They’ll have to show me I’m appreciated,” or “I’d like to stay, but I’m going to test the free-agency waters,” or “I don’t get any respect.”

Situation:  When leaving for a new team:

Situation:  A player always gives it his best effort.

Quote:  “We weren’t ready to play.”  (They forgot to look at the schedule?)

Situation:   A player makes a comment for which he is criticized.

Quote:  “It was taken out of context.”

The only answers to reporters’ questions that are more predictable than those of sports people are politicians’ replies to media questions.

A Renaissance man of sports journalism, Hal Bock penned 13 books, served as an Associated Press sports reporter and columnist, and for many years has taught journalism. Bock says that one reason that “coach speak” regularly turns up in sports stories is because of the structured press conferences after a game and the difficulty of interviewing players before or after a game.

“It’s not like the days when a reporter could often just walk up to a player for an extended, exclusive interview.  Now many players don’t trust the reporters, thus the same-old, same-tired clichéd quotes. Because of tight deadlines and the scarcity of players willing to speak to reporters often there is no other choice than to use ‘coach speak’ or sports jargon quotes,” Bock said.

Unfortunately, these staged press conferences are now a staple of TV sports coverage. Unhappy athletes, who are forced to meet the press by clauses in their contracts or to simply keep management from souring on them, are asked the same hackneyed questions after every game and give the same hackneyed answers.

In May, tennis’ Naomi Osaka’s was fined $15,000 when she refused to do TV interviews during the French Open and subsequently withdrew from the tournament.

In 2007, Seattle Seahawks’ running back Marshawn Lynch employed a different tactic. During Super Bowl media day, he faced a $500,000 fine if he didn’t answer questions from interviewers. So Lynch showed up and was asked 29 questions, giving varying replies of, “I’m here so I wouldn’t get fined.” Lynch’s replies might be the most honest answers ever given by a player at these staged TV events.

But what athletes like Osaka and Lynch refuse to say publicly is that it’s becauseof TV rights that they’re making so much money. Perhaps they should read the Aesop Fables’ tale about what happened when the goose that laid the golden egg was killed. (Or look at the salaries of great athletes prior to the advent of televised sports, when many had to take off-season jobs to support their families. Teams would stage events so fans would chip in to buy a player an automobile.)

The true victims of these post game TV interviews are not the athletes who are forced by contract to appear on them. They’re getting paid to do so.

The victims are the gullible sports fanatics who watch these interviews thinking that the athletes will tell all  — that they’ll get the inside story — when in reality what they are seeing are paid TV commercials for the leagues and teams.