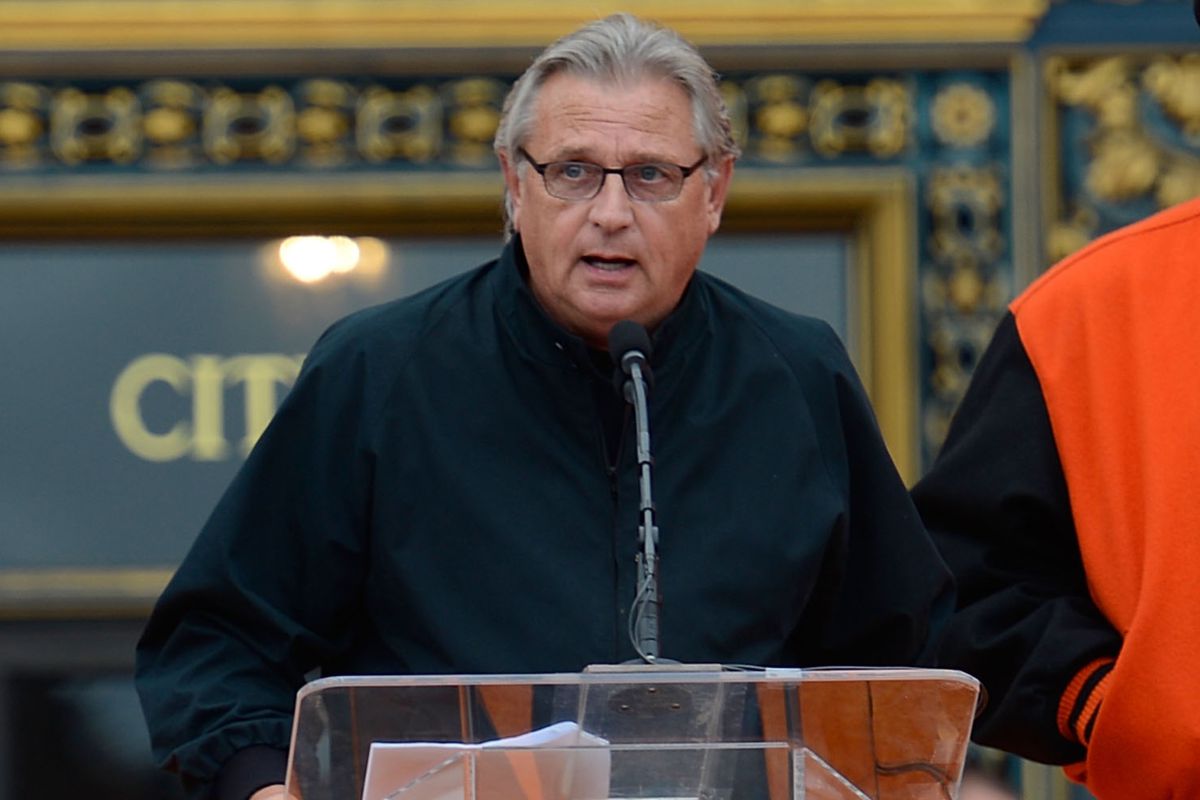 Duane Kuiper turned natural talent, confidence, an easygoing personality and a booming baritone into a popular career as a play-by-play broadcaster for the Giants.

The second baseman who had 3,379 at bats hit only one homerun in his entire 12 year career. But get this. The smash was on ABC Monday Night Baseball and it was voiced by Al Michaels. And yes, Al sampled the line that would eventually make him famous, “Do you believe in miracles?” Michaels did so popularly a couple years later when the U.S. hockey team stunned the world beating the mighty Soviets in the ’80 Olympics.

Even today, when Al and Kuiper bump into one another, they chuckle about it.

Through 33 seasons in the Giant booth, Duane has become one of the most beloved personalities to ever grace the Bay Area airwaves, right there with Bill King, Russ Hodges, Lon Simmons and Jon Miller.

The Giants’ broadcast booth is somewhat of a throwback. The four voices work both television and radio. It’s the way most franchises did it for decades. His partners are Mike Krukow, Dave Flemming and Hall of Famer Miller. Kuiper and Mike Krukow have been dubbed Kruk and Kuip.

The quartet has chronicled three World Series championships, the home run production of Barry Bonds and the transition from windy Candlestick to magnificent Oracle Park.

The Wisconsin native who lost his dad Henry last week played for the Indians (1974-81) and then the Giants (1982-85). He began his game broadcasts in 1986 but traces his broadcast experience to his days with the Tribe.

“When I was in Cleveland, Joe Tait, the great Voice of the Cavs and Indians recommended me to a friend who put together radio shows for athletes. So I ended up with a five-minute pre-taped program for three years.”

Four in a booth over a long season can be a crowded act. Kuiper suggests that to best avoid friction and promote a symbiotic workplace, “You have to be able to get along and you can’t try to outdo the other guy. If you do that, then eventually you’re going to not like the guy you’re working with or the partnership is going to break up.”

We recently caught up with Kuiper.

You grew up in Wisconsin, listening to Braves broadcasters like Earl Gillespie, Blaine Walsh and Ernie Johnson Sr. Recollections?

I was seven in 1957 when the Braves won the Series. I had no idea what the players looked like or how Hank Aaron moved. I relied on guys like Gillespie and didn’t think it was possible for anyone to be better. Fans were just attached to their announcer.

From the field to the booth? Any play-by-play experience?

When I began in 1986, I had only done radio shows, not games. Joe Morgan and I worked cable. Our boss, Corey Busch, made it a command performance. He gave my partner Joe Morgan five innings of play-by-play and I did the other four. After a while, Morgan preferred color and I did all nine innings. It wasn’t until the 90s that I started doing some radio.

How did you make the transition from TV to radio?

I pretended to sit near a blind person, describing what I see. So when I did my innings on TV, it was like a mini-vacation. You just talked less. Radio is more of a challenge, yet in many ways it’s more rewarding. Doing radio and TV also gives our entire announce team an opportunity to do post-season games which would otherwise not happen because those games are on network TV.

What did you pick up from teammate and Frick Hall of Famer Jon Miller?

The first inning we worked together; he called a pitch a fastball down low. After he watched a replay, he corrected himself on-air, ‘Well, folks, that was not a fastball. It was a curveball.’ So between innings, I asked why he would correct himself on radio. Who’ll know? He looked me right in the eye and said, ‘We have to tell people the truth!’

Did you ever want to do other sports?

I was asked early in my career about basketball and football and said no. The grind of the baseball season was enough. I really wanted to make the off-season a time to be with my family.

There are the Alberts, Marv, Kenny, Steve and Al. Is it a coincidence that four Kuiper family members are involved in sports broadcasting?

Glen is more of my son than my brother. When I started college, he started kindergarten. And when he called for money, he didn’t call my dad. He called me. So I think that that’s the definition of son not brother. My son Cole had no interest at all in doing any of this. He was very good on Twitter and social media, but wasn’t afraid of the camera. So I have no idea where this Triples Alley Show will take him.

The move from Candlestick to downtown. What did it do for the franchise?

Financially, Forbes says the franchise is worth $3 billion, compared to what it was worth then. But more than anything, it was a reward for all of the fans who dealt with Candlestick’s elements all those years.

The countdown clock between pitches has been discussed but as I understand it, management is getting some pushback from the players.

Well, the only way that you get players’ attention is if it affects their pocketbooks.

What would you hope your legacy is when you’re done broadcasting?

First and foremost, it’s getting along with great partners from Hank Greenwald to Ron Fairly to Joe Morgan. And in recent years, Dave Flemming, Jon Miller and Mike Krukow. I guess if they were ever to put anything on my gravestone, it would be, ‘He was a good partner.’

You’re 69. Baseball broadcasters have worked into their 80s. How long do you want to go?

My schedule the last 20 years has ranged from 150 to 162 games. If I stay healthy and continue to enjoy the road, I’ll work 130 games optimally. Vin Scully cut back. He would say, when you’re 70, you don’t want your woman at home eating dinner alone for 10 nights. Still, the best way to remain young is to stay around young people. In baseball, we do just that.

You left the Giants for one season to do the Rockies when the Giants were ticketed for Tampa Bay.

We were essentially told up front that the Giants were moving to Tampa and there were no microphones for us. The only broadcaster who was assured a job was Hank Greenwald who had one year left on his contract. We had no choice. I took the Colorado job but was 100% miserable in Denver because my family was in San Francisco. So late that season, the Giants asked, “Would you like to return?” They were five of the greatest words I’ve ever heard.

Charlie Jones, a network football guy, was your partner in Denver. What was he like?

Network guys are very much tuned into the media, sensitive to what people write and say. And Charlie called USA Today‘s Rudy Martzke every week because he wanted his name in his note column. We took limousines to every game. Charlie felt that when we pull up, people have to notice.

Living in Las Vegas, I would expect to get Dodgers telecasts, but they’re the one California team I don’t get to see here. We get the Giants, which pains me as a Dodger fan, but delights my wife, who is a Giants fan. What DOES delight me is that I get to hear what I honestly think, since Vin’s retirement, is the best all-around crew in baseball. All four Giants announcers are good, and I think a couple are great. What’s more, they have fun, but not to the point that they are more interested in their own fun than… Read more »