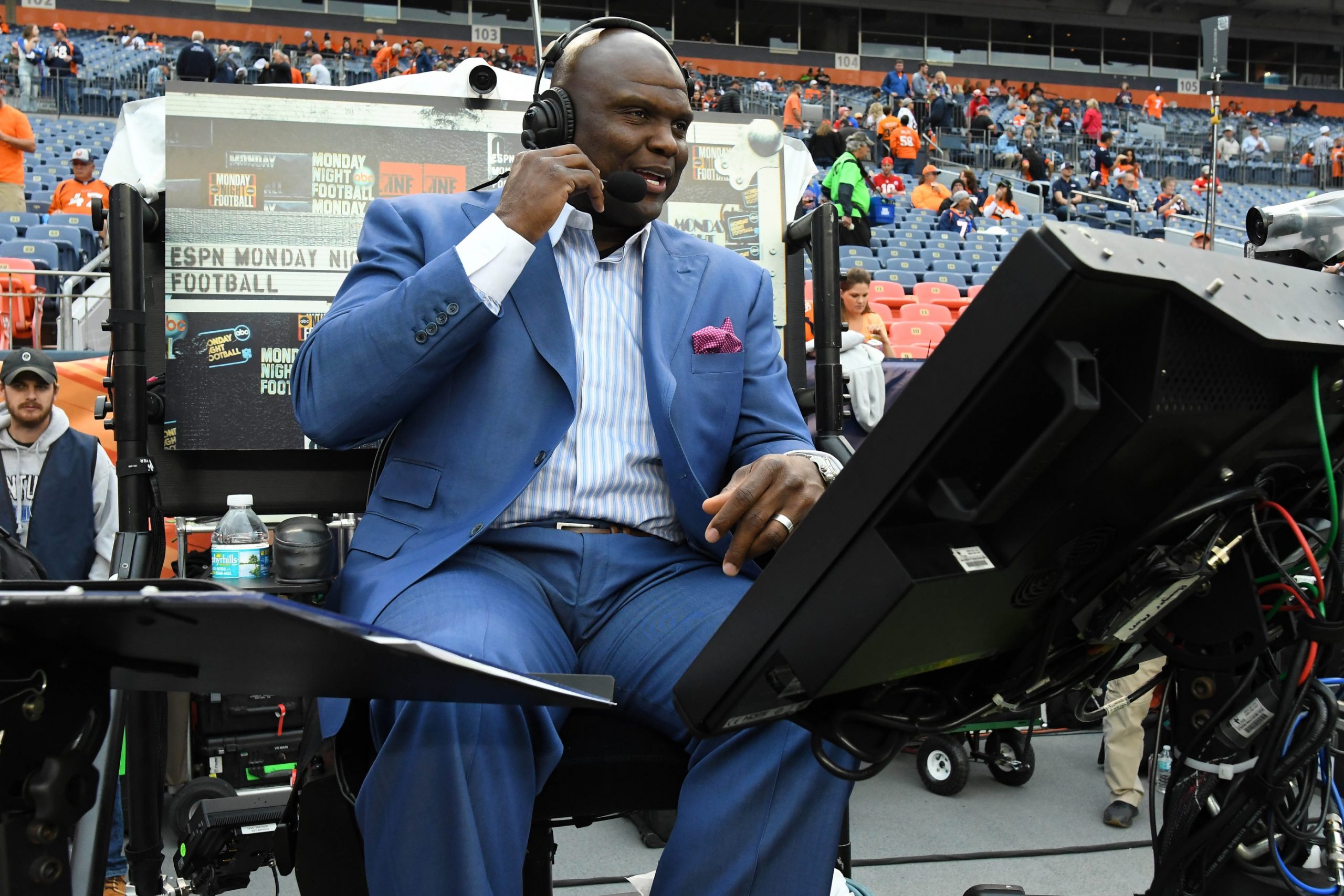 It was recently announced that Jason Witten is coming out of retirement to rejoin the Dallas Cowboys and that the ATV-like vehicle in which Booger McFarland roamed the sidelines is being garaged. Witten’s decision to leave was likely his own and not ESPN’s, whereas the decision to nix the Boogermobile was exclusively the network’s. In the end, both decisions will likely benefit ESPN and its coverage of Monday Night Football.

Attempting to turn a well-known player into another Tony Romo made sense. Witten though didn’t click in the ESPN booth. His presence wasn’t anything remarkable and at times he left fans’ heads shaking. One instance that immediately comes to mind was his “left wing” comments in reference to roughing the passer penalties.

ESPN’s @JasonWitten says the NFL has gone too “left wing” with roughing the passer penalties. pic.twitter.com/pGJRcHZze9

An innocent comment not necessarily political in nature? Perhaps. But using this term in today’s society and expecting it not to be construed as a political statement  is not the best use of judgment. Verbal gaffes like this,Witten’s awkwardness on-camera and his uncomfortable interactions with Joe Tessitore are nothing anyone will miss.

As one analyst leaves MNF, it looks like the other might be able to come inside out of the cold. The Boogermobile, a customized cart meant to give the ESPN analyst a closer view of the field was also a noble experimentmeant to generate more engaging analysis. It didn’t exactly work out that way and it also created obstruction issues for fans inside the stadium. It’s a smart move to eliminate the cart and bring McFarland inside the booth (assuming that’s what ESPN decides to do). The analysis didn’t increase fan engagement on the telecast sufficiently to offset the detrimental effect on patrons who paid top-dollar for front row seats. I had the chance to see the viewing effect up close. It completely cuts off sightlines for fans near the chunky vehicle. I think bringing McFarland into the booth with Tessitore will better the broadcast product and produce a better dynamic of play-by-play announcer and analyst.

Major League Baseball announced new rules for how starting lineups are announced at stadiums and to the media. Managers must submit lineups to the Commissioner’s Office and then wait for the go signal from MLB or 15 minutes, whichever is first, before announcing the lineups to the public. It probably won’t have any major effect on how baseball is broadcast or treated by other media outlets. It does though limit the chance of a Tim Donaghy episode in baseball. If everyone gets the information simultaneously, no one can improperly profit from the information.

This is a smart move from Major League Baseball, one that will limit the possibility of people being tipped. But precaution must be taken on how other information is disseminated. Probable lineups are submitted two to three hours before a game and LOTS can happen in that span. Players can get sick, someone can pull something during warmups. For this to be effective, the powers that be need to make sure everyone is on the same page before the season starts so that there aren’t any episodes that cause mix-ups. With diligence, it shouldn’t cause too much of a change in the way things are done.

Mookie Betts, the character that a lot of fans have come to love, was mic’d up and talked to the broadcast booth while on the field during a recent BOS-MIN game.

.@mookiebetts doing his own play-by-play … and seamlessly going back to talking about his short game ???? pic.twitter.com/JmjnK2wAxz

He’s done this before, during last year’s spring training as well. But, that’s the only time I’ve seen a player on the field mic’d up during a game. It’s a GENIUS idea. Baseball telecasts are often criticized for being boring. Adding a spot where a player can join the broadcast live from the field contributes a unique aspect to telecasts that you won’t see in any other sport. If it’s worked during spring training, why not try implementing it during the regular season? Players can participate or not participate, at their will. As for the whole “it’s a distraction” argument, the players can simply stop talking whenever they need to focus.

It’s worked brilliantly during the preseason twice now and definitely has merit to be tried on a larger scale.