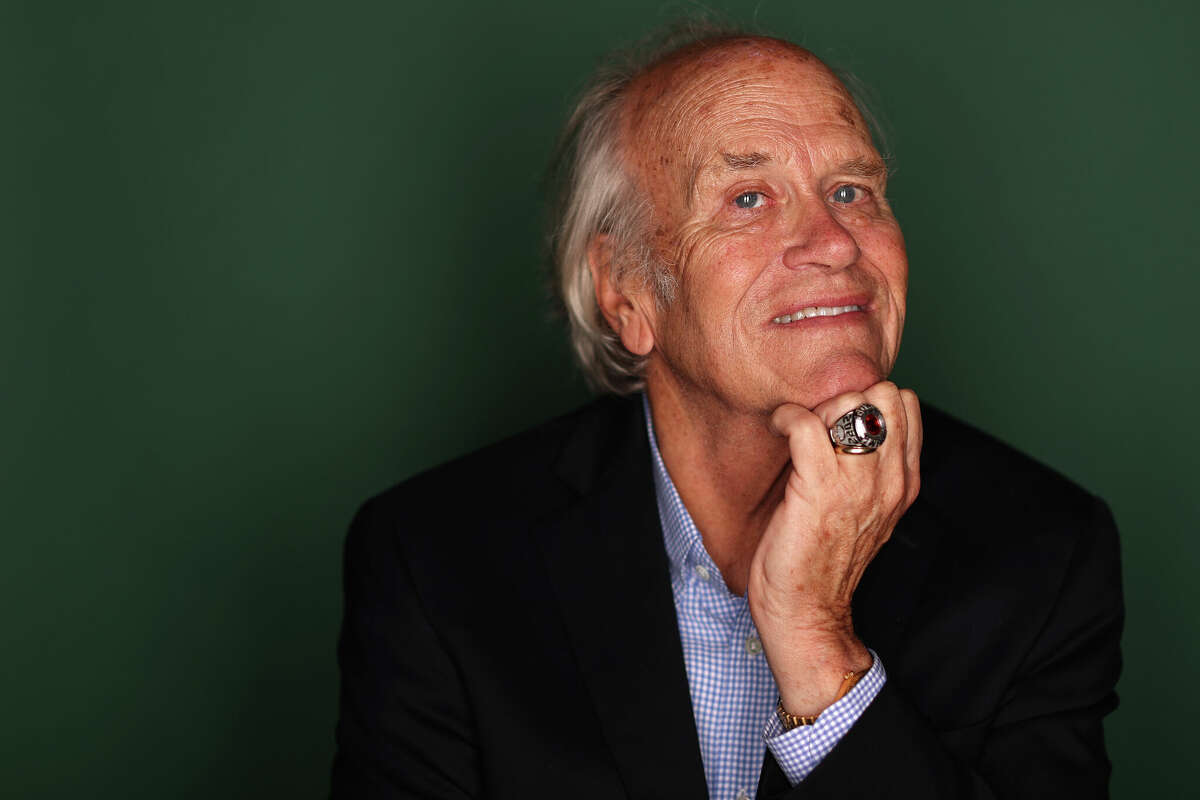 Titans of Programming and Production: Important Figures Behind the Broadcasts

Sports broadcasting keeps growing! Today, there are over-the air stations, networks, cable outlets, streaming owners. It’s a customer’s paradise. It’s also still a sports spirited broadcast. Television is also relatively new, born in the 1950s and so advanced now from then. It wasn’t until the early 60s that TV had a 90% reach.

In alphabetical order these are the best known and most accomplished heads of Network sports departments: Roone Arledge, Dick Ebersol, David Hill. Sean McManus and Chet Simmons. Each of the qualified folks added new elements to the production. One thing for sure, this quintet set a high benchmark for the generation to follow. What will dominate sports’ media’s next newest innovation?

The first World Series on TV was in 1947. Amazing changes of fortunes. In 75 years, the NFL would dominate new technology called streaming. Accepting a hefty rights deal from Amazon Prime, rightsholders are partying already.

These are five network executives:

Upon graduating from Colombia in 1952, Roone Arledge began his career at fledgling DuMont Television which was competing with NBC and CBS. But ABC couldn’t get its act together.

When returning home, he was drafted into the U.S. Army. Meanwhile, DuMont had shut down and Arledge was unemployed.

Through his contacts at DuMont, Roone began as a stage manager, and would later move to ABC to produce college football telecasts. It was there that he became the executive producer of ABC’s Wide World of Sports.

Arledge would then go on to create arguably the most iconic prime time sporting event, Monday Night Football. In the 1970s, it propelled both the NFL and ABC into amazing financial feats.

It began with Arledge’s creativity and curiosity. The telecasts were different and unpredictable. There was a reason why the post war generation wanted to watch ballgames. There was more to it than just bat and ball. Arledge and his lieutenant Jim Spence nailed down the rights to the major boxing bouts, the American Football League, the NBA. MLB for a season in 1965 and College Football. Roone still gets the credit. Whether Arledge deserves all the credit, who knows? I’ll never forget the photo of Roone on Time Magazine.

By 1970, Howard Cosell, Don Meredith and Frank Gifford were imbedded. The mix was so iconoclastic and non-conformists, it could raise hair. All new! It can be argued that the greatest contribution to sports television itself was Howard Cosell himself. He was a blowhard, elusive or an intellect. He was hated or beloved. He was era onto himself.

Ebersol began in production after temporarily dropping out of Yale to join Roone Arledge at ABC. He started as an Olympic researcher and become critically helpful to the ABC management team. In 1974, he moved to NBC where he produced shows such as Saturday Night Live, Later with Bob Costas and WWF’s Saturday Night’s Main Event. During his time at NBC, Ebersol became the network’s first Vice President under the age of 30, started his own production company and was the Senior Vice President of NBC News. He’s now retired and spends much of his time in Hawaii.

It was in 1989 where Ebersol became the President of NBC Sports and was later promoted to the Chairman of NBC Sports and Olympics. In 1992, he became the executive producer of the Barcelona Games. Coming back full circle after his early work at ABC with Arledge, Dick would later secure the broadcasting rights to the Summer and Winter Olympics from 1996-2012 with the exception of the 1998 Winter Games. Ebersol also negotiated four more Super Bowl telecasts for NBC. He implanted himself as one of the true Olympic giants of broadcasting. Al Michaels was known to say that “Dick is equally comfortable at production, programming, sales and, budgeting. Just name it.”

David Hill is an Australian-American sports producer, who after working in Sydney, was brought to the U.S. by Fox to create Sky Television and Eurosport. He also helped launch flagship channels to American fans of the Premier League in England.

Fox Sports arrived on these shores in 1993 under the command of Hill. Few had heard of him unless they’re in the business. European vogue in an American style of how to display data in an appealing color.  It was during this time that the NFL and Fox became somewhat of a hit. Hill pioneered one of football’s most pivotal broadcasting technologies, the virtual first down line. After 27 years with Fox, Hill would leave in 2015 to start his own production company.

Some seven or so years ago, Variety, wrote:  “David is a dynamic and imaginative leader who has changed the experience of nearly all major sports on three continents,” said Rupert Murdoch. “Whether it was launching Sky Television, the Fox Network, Fox Sports or the Regional Sports Networks, we owe him an enormous debt for his nearly 30 years of contributions.”

Murdoch originally brought him to the U.S. where he in turn introduced Fox Sports to the sports power brokers. New technology, swanky of the latest and more. The NFL, MLB and college football, all spirited. In 2015, he took his wares and went to London with yet another mission

Sean McManus has a strong management team at CBS. He’s well respected in the industry and apparently quite liked by those who work for him. McManus is competitive, contemplative and pensive. Historically, CBS is a conservative company. It was always that way, beginning with founder Bill Paley when the network was born in the 1920s.

Sean has accomplished a lot in his chair. Likely, the most visible move was the gutsy renewal of Tony Romo’s contract in 2020 after he was initially signed in 2017. The network then threw $17 million at him. ESPN had went after him, hot and heavy too. That led to an explosive spring and summer of major talent battles, Joe Buck, Troy Aikman, Mike Tirico and Al Michaels moving around like musical chairs. Network fans followed  it closely too.

Most importantly, McManus and CBS maintained consistency in an impressive and imperative fashion. The Tiffany Network had lost the NFL rights in the 90s for four seasons. As the NFL rights were up again, CBS had a chance, So Mel assigned the responsivity to ‘get us the rights.’

McManus has the longest stability and seniority of all current sports executives. He’s been there since 2005. And for some period of time, for that matter, in a dual role, Sean J. McManus was the chairman of CBS Sports and served as president of both CBS Sports and CBS News, 2005 to 2011. His dad, Jim McKay, was the emperor of ABC’s Wide World of Sports

In 1957, Chet Simmons joined Sports Programs Inc. It would evolve into ABC Sports. Simmons then worked with Arledge to develop the Wide World of Sports to set ABC Sports apart from its competition, feeding into a narrative based sports broadcaster that helped the network. Chet established the modern model sports broadcast.

After his work with ABC Sports, Simmons made the shuffle to NBC. Dick then advanced to the network’s presidency in 1977. It was during this time that Simmons helped rattle broadcasting, through the creation of Instant Replay. At various steps, Simmons secured the rights to the AFL, NFL, MLB, NHL, NCAA Basketball and the 1972 and 1980 Olympics.

His biggest gamble, and biggest payout came when he accepted a job at ESPN only five weeks after the new channel’s launch. He became the then president of ESPN. At the time, cable television was in its early stage, a nonstop bull in a China Shop. He helped sanctify it with with early and risky ESPN programming. No one is perfect.

Then one day he walked into Pete Rozelle’s NFL office and asked the commissioner for the rights to the NFL Draft. The commish asked a colleague, “Why would ESPN want the rights to the draft?” The league took the bucks and run.

Simmons would leave in 1982, to become the Commissioner of the USFL. I’m sure he engaged Donald Trump in polemics those days.

I think this would be the Mount Rushmore. And it’s interesting that Ebersol started under Arledge, Simmons worked with him (and apparently lost to him in office politics), and McManus spent a lot of time around ABC Sports in those days (his dad talked about him being in the truck at Munich and absorbing what was going on). David Hill seems to be the only person from outside Arledge’s orbit on this list.