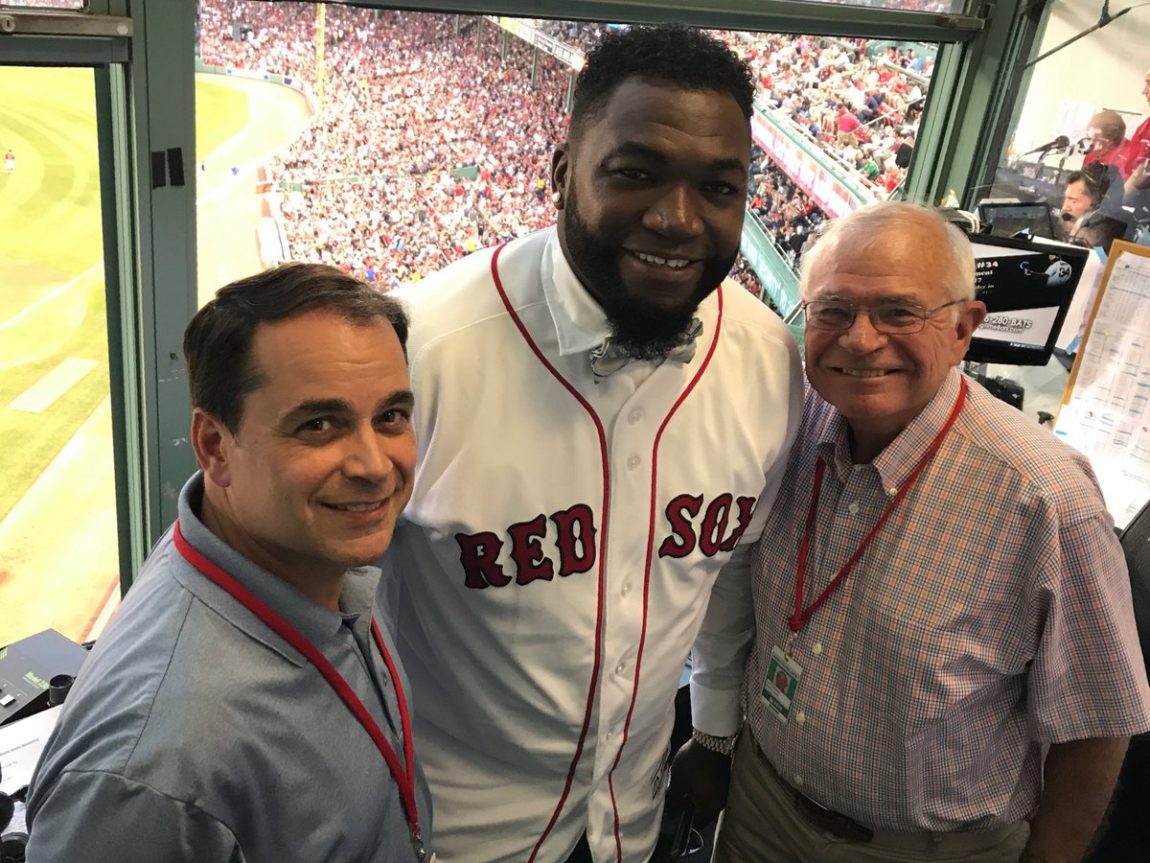 At first, I asked myself why would rightsholder WEEI break up an excellent duo. Neverett and Sox’ radio immortal Joe Castiglione combined to bring listeners cadenced, entertaining and informative broadcasts; chock-full of anecdotes. They were becoming the accepted voices of New England summers.

When I learned why he’s leaving, I bristled. As it turns out, WEEI plans to transition its coverage from a golden play-by-play standard to in-game talk; a decision that renders Neverett superfluous. He’s a play-by-play announcer, not a young Eddie Andelman.

These Einsteins of broadcasting believe that it’s time to tear down seventy years of tradition, fostered in Boston by Curt Gowdy in 1951 and perpetuated by folks like Jim Britt, Bob Murphy, Ned Martin, Jon Miller, Jim Woods and Castiglione. Neverett wanted nothing of the change and WEEI  apparently wanted nothing of him. Neverett didn’t fit its silly new plan.

Meanwhile, the Red Sox are saying little. They’re playing the card of innocent bystander. The fact is that they’re too busy counting the cash they get from WEEI’s parent, Entercom. There’s a line on Wall Street, ‘You’re only as good as your stock price.’ So if the Sox view the stock tables, it’s not a pretty picture. Entercom’s stock price is down about 40% in the last year. In other words, this whole think stinks.

Entercom’s programmers apparently consider play-by-play an anathema. The heck with the game. It’s for old folks. As Phil Mushnick might say, Yikes!

Wake up, WEEI. Young people, the 18-34 demo, don’t listen to sports talk anyhow and they certainly won’t listen to something labeled baseball play-by-play but is no more than a mask for a talk show. But as long as WEEI pays the fiddler, it can apparently call the tunes. It’s a desperate experiment.

As such, I guess that henceforth the station’s instructions to the announcers, whoever they are, will be:

Where is this going?

I occasionally dialed up the Boston radio duo online to immerse and enjoy. The storytelling, the warmth, the anecdotes always made for a great listen; and through it all the two never missed a pitch. They laughed, chuckled and thankfully never screeched.  Through it all, the present tense play-by-play rudiments were untouchable and never compromised.

Castiglione and Neverett embraced the importance of consistently executing play-by-play essentials; spinning yearns, sharing tidbits without ever losing sight of what’s going on down on the field. It was right out of a textbook. Rhythmic elegance!

According to remarks from Tim, his relationship with the Sox was and is strong. But WEEI and Tim apparently realized that his traditional call won’t fit the misguided change that’s planned; whatever disruptive choppiness it brings. Joe Castiglione, 72, might as well be draped in the Red Sox logo. So he’s untouchable. But you have to wonder how he’ll deal with this monstrosity next year.

Somewhere up in the heavens, Jack Buck, Harry Caray, Bob Prince, Russ Hodges, Gowdy and others are asking for a drink and a couple Motrins.

But wait a minute. What made the young and old listen to Vin Scully when he was either 25 in Brooklyn or 85 in Los Angeles? It was his perfect delivery, masterful storytelling and graphic descriptions. It wasn’t having Jim Rome call a baseball game. Different skill set.

If you’re going to do it, do it right! Goodness!

As WEEI tinkers with Red Sox format, team says the game is first; It won’t be a talk show

Horrific! My initial thought is that the Sox should grant two rightsholders for local radio—one to do stich and one to do actual p-b-b. The NBA does something like this on tv, but has players commenting throughout the game. Traditional p-b-p can be found elsewhere. Also, don’t forget Ken Coleman in the pantheon of great Red Sox broadcasters.

I notice now that everybody is denying they’re going to do this. And it occurred to me that the Red Sox were one of the few teams to have two professional broadcasters doing the game together on the radio. So many use a play-by-play man and an analyst, and, truthfully, we don’t need the analyst on radio.

I’m also reminded that the Red Sox management and the radio station they were on were the geniuses who decided that Ned Martin and Jim Woods had to go because they didn’t spend enough time hanging out with sponsors. Mercy!

It’s disgusting. Has Joe C. commented or is he off to replace John Sterling and Susan Waldman on a 10-year contract?