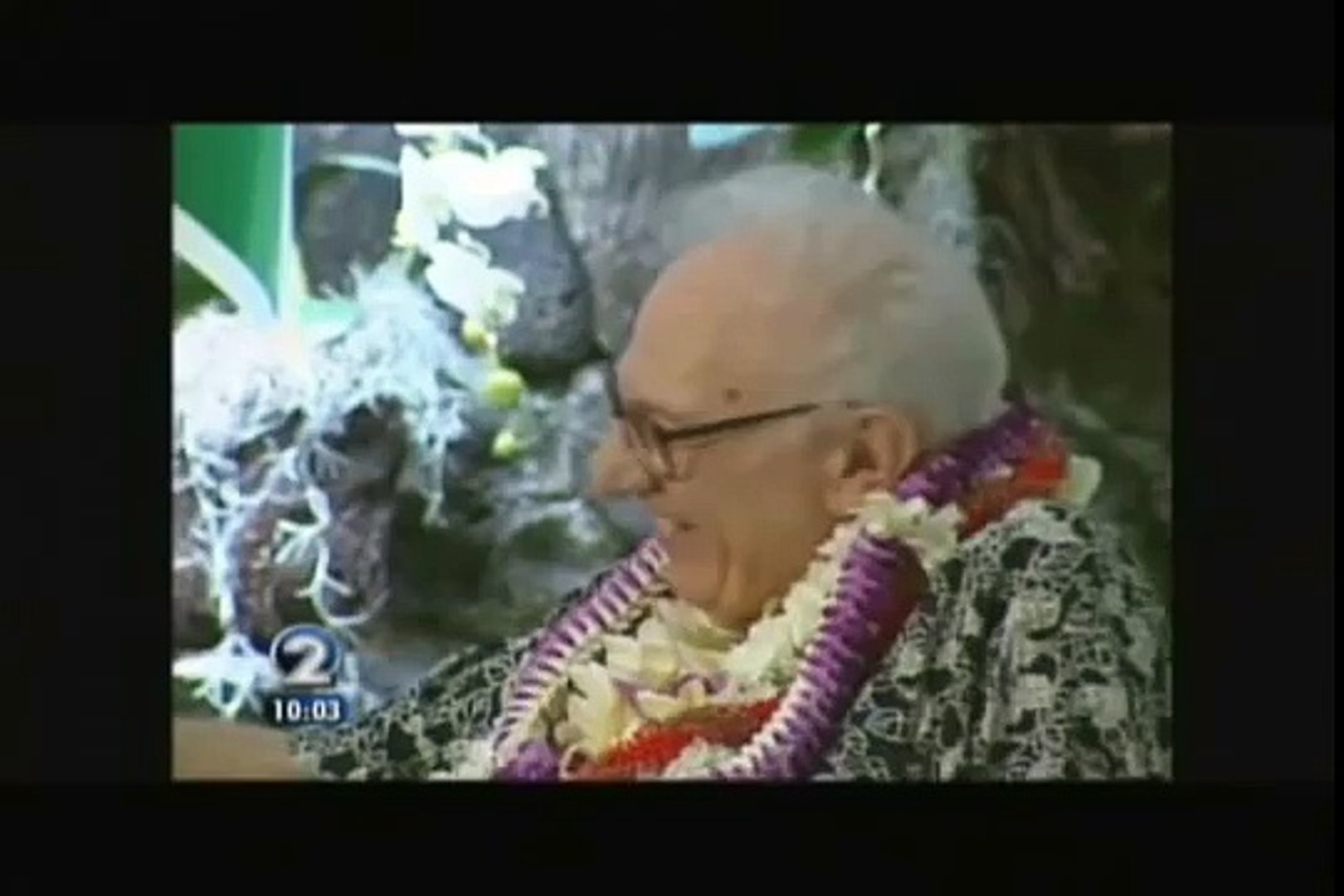 Les Keiter in later years. He died in Hawaii of natural causes at age 89 in 2009.

In his twenties, the prodigious Marv Albert was already the sports director of New York radio station WHN. The station ran an anachronistic programming format labeled MOR, middle of the road. The station played a mix of music, news at the top of the hour and play-by-play of New York Mets games. At one point, Marv talked his bosses into recreating out of town games when pennant races were in full blossom. It was a strange mix,  fabricated play-by-play updates between numbers crooned by Sinatra and Belafonte.

Les Keiter had popularized recreations on New York radio when the baseball Giants left for San Francisco in 1958. He used hand-held devices that mimicked the sound of the ball meeting the bat or the swish of a ball hitting the catcher’s mitt. Les also used ambient crowd noise to make the broadcast sound real. Marv loved it, so Les gave him his implements and tools that he had used to reproduce the sounds of the stadium. Marv might still have them.

In his 1979 book, Yess!, Marv wrote, “I can sit in front of a radio and listen to Marty Glickman and Les Keiter doing play-by-play forever.” Interestingly, Keiter and Glickman had no love for one another. They were New York rivals who vied for the same gigs and their respective stations for the same rights.

With National League baseball having migrated to California, Keiter was a hit in New York, a connection to the Dodgers of Ebbets Field and the Giants of  the Polo Grounds. He chronicled Mays, Cepeda and McCovey and developed memorable phrases. When Mays legged out an infield single, “He beat the ball! He beat the ball!” or a blast off the bat could be, “Boom, it hits the wall!”

Keiter, who was raised in Seattle, arrived in New York in 1954. For years, he did pre and post game shows for the Yankees and later play-by-play for the Knicks and the football Giants. He was a master of lovable and popular cliches to which Glickman didn’t subscribe.

In basketball, “Tickling the twine,” a “ring tail howitzer” and “In the air, in the bucket.” There was, “In again, out again, Finnegan” for shots that agonizingly failed after they were halfway down.  He covered some bad Knicks teams but made the players sound like warriors and the games like World War III. There was an unmatched energy to his delivery and an exigency to his gravelly sound.

He did the ‘The Greatest game ever played,’ the 1958 Giants-Colts NFL championship game at Yankee Stadium, the first ever that went into overtime. Like the national telecast with Chuck Thompson and Chris Schenkel, there’s no recording of Les’ call.

On television , he  later was the first voice of the American Football League on ABC in 1960. Keiter was known as ‘Mr. Excitement,’ and is remembered for his descriptive and rapid-fire radio calls.

His throaty voice presided over huge heavyweight championships, none bigger than the Clay-Liston title in 1964. It was available for the most part on radio only and listened to by an estimated 75 million Americans. Howard Cosell was Les’ partner on ABC Radio for that fight and  several other heavyweight battles too. In the midst of the brawl, Keiter described a determined Clay (later of course Mohammad Ali), “His eyes are wide open. They look like doorknobs, they’re so wide open!”

When the Mets were born in 1962, it appeared initially and for quite some time that Les would become the newcomers’ lead voice but late in the decision making process, the gig went to Lindsey Nelson. It was the beginning of the end for Les in New York. He left for Philadelphia where he worked Big Five basketball, did local sports on television and called 76ers games on radio.  As the story goes, one night at the Palestra, during one of those epic rivalry games between two Big Five opponents, a bomb threat was called in and the building was evacuated. Les stayed put. He wouldn’t leave his broadcast position. He postulated that it must be some cantankerous fan. He was right.

In 1970, Keiter wound up in Hawaii where he spent the last 39 or so years of his life. On the island, he was an icon, known as the ‘General.” He did nightly sports on television, University of Hawaii sports and Islanders AAA baseball. Funny, the man he succeeded doing baseball there was Al Michaels who left Hawaii for Cincinnati to do the Reds.

Keiter passed in 2009, a couple weeks before his 90th birthday just a day after another big voiced, former Islanders’ broadcaster, Harry Kalas. Les would have turned 100 tomorrow. Thanks for the memories!

Nike has always produced sticky ads. The shoe manufacturer did one in advance of the NFL draft. It features a call of one of the best broadcasters in the business, the vibrant, spot-on and honest Tim Brando. Enjoy!

Sure loved Les Keiter to the point that I would tune into whatever game was on when I knew he would be the announcer. “Hello again, sports fans” was his usual opening greeting. Another baseball “Keiter-ism” was “he struck ‘im ouhhhhht (withe the emphsis on out). He beat the ball was mainly used when there was a close sliding play at the plate. Here comes the throw to the plate here comes Mays and…..he beat the ball he beat the ball! Last time I remember he did a baseball recreation was in 1966 on The Dream World Series on WNBC… Read more »