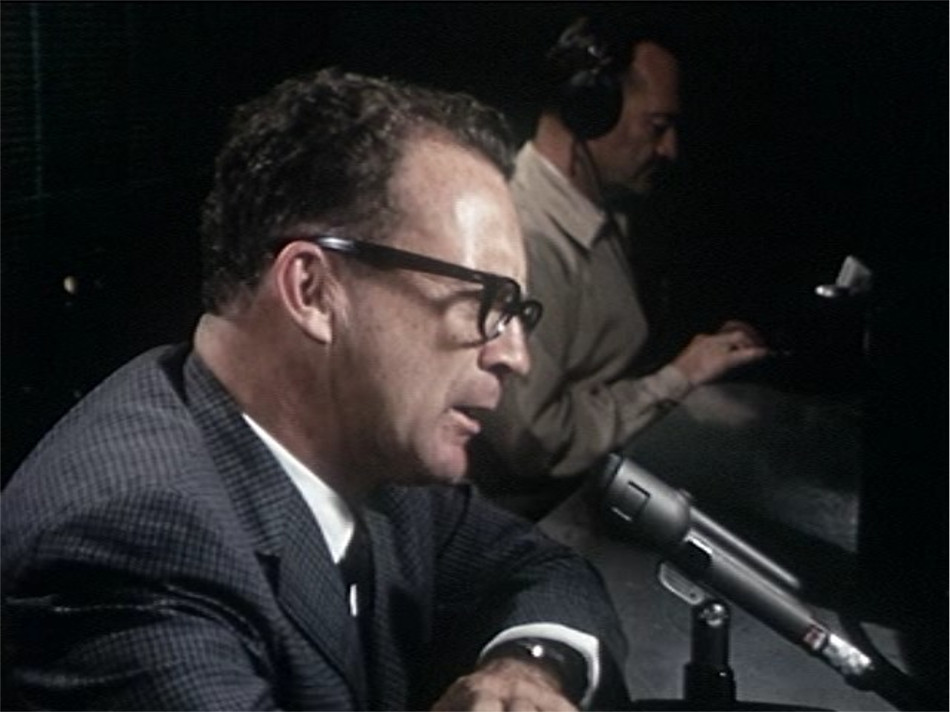 A broadcaster in the booth and benevolent in the community, he is remembered for what he said, did and how he made so many feel.

Labeling this dulcet toned, understated Georgian a play-by-play man extraordinaire would be cataloging Sully Sullenberger a superb pilot. Of his 55 years as a big-league announcer, Ernie spent 42 with the Tigers.

His bond with baseball fans, fervent or passing, was unbreakable. From the wards of Detroit to the northern hamlets in the Upper Peninsula. game time meant Ernie time. Season after season his welcoming voice washed over Michiganders reassuringly.

Ernie’s unpretentious use of the English language didn’t belie his poetic flair. His broadcasts were rhythmic and melodic, blended by his artistic attributes; prolific baseball lyricist, author, poet and songwriter.

His predictable phrases wafted from radios all over the state for so long that when he invoked them, audiences were comforted; the world can’t be all that bad, even when Detroit was crumbling and unemployment was rampant. Heck, they’d think, Ernie’s voice is in fine fettle, the radio is on and the Tigers are playing. How bad can it be?

Michiganders knew a called strike three from a swing and a miss. “He stood there like the house by the side of the road and watched it go by” sounded fresh even when listeners heard it for the umpteenth time. Later, a basketball announcer even picked up on it – to describe a defender badly beaten by an opponent who whisked by him.

Sprinkling in names of towns and cities in the state, Ernie subtly and potently flagged the Tigers’ regional imprint. “A young lady from Flint in a green dress has the foul ball and a smile across her face!”

A man of small stature with a mountain sized heart, Ernie was blessed with a disarming quality. Generous in the community, he gave quietly of his time, offering common people and those suffering despair, a magical and calming touch, providing hope in times of need. Ernie sounded the same off the air as he did on the air. He talked privately to those down on their luck in the same unhurried cadence that was a hallmark of his broadcasts. No facades, Harwell spoke naturally in short, measured and mellifluous sentences.

Ernie would have been 100 years old today, January 25th. He passed in 2010 at 92. So saddened when he learned of his death, the gruff-looking Tigers’ manager Jim Leyland had to hold back tears, telling reporters that Ernie was “the Tigers’ true clean-up hitter.”

But it wasn’t always smooth sailing. Fifty years ago, 1968, was a bittersweet year for Ernie. The Tigers won the World Series and Harwell was part of the national broadcast team. But America was at odds politically, suffering through Kaepernick-like divisiveness. It was old versus young, long hair against short hair and those who opposed the Vietnam War confronting those supporting it.

When the Tigers faced the Cardinals that Fall, Ernie was asked by team ownership to line-up the national anthem singers for the three Series’ games at Tiger Stadium. For game five, he invited a blind, young Puerto Rican, Jose Feliciano.

Wearing dark glasses, Feliciano strummed his guitar leisurely and sung the anthem glibly in unconventional tone. Many took umbrage. Boos were heard in the ballpark. Feliciano’s version was considered irreverent by some, if not downright disrespectful. The Cards’ Roger Maris said, “I don’t think it was the proper place for that kind of treatment.” Viewers watching at home were also annoyed by the singer’s rock-soul rendition. They called NBC’s switchboard to vent their anger.

Harwell had accompanied Feliciano to centerfield. Walking off the field, they were jeered. Ernie got a letter of reprimand from Tigers’ ownership. There were rumblings that he would be gone. He stayed on of course for decades and everyone was better off for it.

Los Angeles had its pair. There was Chick Hearn – a broadcast version of a vaudeville actor of yesteryear, rattling off play-by-play with lightning speed and clarity; like an auctioneer. He would intermingle one-liners, argue playfully with his color commentator and kvetch about this and that. There was the canonized Vin Scully – a once in a century talent – facile on TV or radio, a man whose broadcast status no other baseball announcer may ever reach. He had Webster’s command of the English language and spun yarns impeccably without missing a beat.

There was a connection. Like Scully, Ernie broke in under the fastidious Red Barber who preached preparation and execution. Like Barber and Scully, Ernie never raised his voice, he understood the intricacies of the game and delivered immaculate punchlines. Yes, young broadcasters, take note from the late Ernie. The great ones don’t shout to capture a game’s drama.

It’s no surprise that Harwell was the first active baseball announcer to be bestowed with the Hall of Fame’s Ford Frick Award. To make it to Cooperstown in 1981, he had to miss a Tigers’ broadcast, one of only two games he missed thorough his glorious career.

When Ernie passed, former Tigers’ slugger, Willie Horton cried like a baby, sharing one heartwarming experience after another. One that resonated occurred in the early 1960s when African-Americans weren’t served in some better Lakeland restaurants, the Central Florida town where the Tigers still train. Talking haltingly, Horton remembered how Ernie extended a hand, inviting him to his own Lakeland home for dinner.

Ernie was a mentor of sort to Scully early in Vin’s career. Harwell started with the Dodgers in 1948 and didn’t take well to Red’s taskmaster grip on the booth. So, in 1950, he left for the crosstown Giants under the easy-going Russ Hodges. Scully succeeded Ernie in Brooklyn where Red had little tolerance for error and gave Scully a difficult time too. During that first season, Scully sought Harwell’s counseling on how to best please Red. Harwell’s advice to Vin was ‘Stick with it. Red will make you a better announcer.’

We remember you Ernie, for what you said, did and how you made so many feel good!

Great tribute to one of, if not the best play by play practitioners. Thanks David!

Dave-Great article. Upon moving to Cleveland I “discovered Ernie Harwell” from Detroit Tiger games on WJR. His essay on baseball is a classic. Have on tape.
He learned under Red Barber but also did NY baseball Giant games.

Met Ernie Harwell, I was a young broadcaster at Phillies Spring Training in 1982. I was working for a small market radio station. Spoke with him only briefly, he was very nice and helpful with his input as I started my career. Your article hits the nail on the head.

Great tribute, and I’m reminded of a favorite story. In all the years I listened to Vin–I started 45 years ago–I heard him do two imitations, both of southerners, and both were great (Jon Miller, watch out!). One was when Red Barber died while Vin was doing the 1992 World Series, and Vin said that he would have said, “Now, Vinnie, Young Scully, you do the game and don’t worry about me,” and he said it in that lilting drawl of Red’s. The other one was a true Ernie moment. In 1996, the Dodgers were playing the Braves. Vin was… Read more »

Wasn’t Ernie the one that was traded for a case of baseballs from the Atlanta Crackers?

Yes. Sort of. Ernie was the announcer for the Atlanta Crackers, a minor league team. The Dodgers gave up the rights to catcher Cliff Dapper in exchange for the rights to Harwell. It was mid-season ’48 and Barber was hospitalized at the time, so the Dodgers needed an announcer. Ernie stayed with Brooklyn for no more than the ’48 season and all ’49. He and Barber just didn’t get along. So Ernie joined Russ Hodges in 1950, calling NY Giants games.He was there 4 seasons, before moving to Baltimore through ’59. In ’60 he moved to Detroit where he spent… Read more »