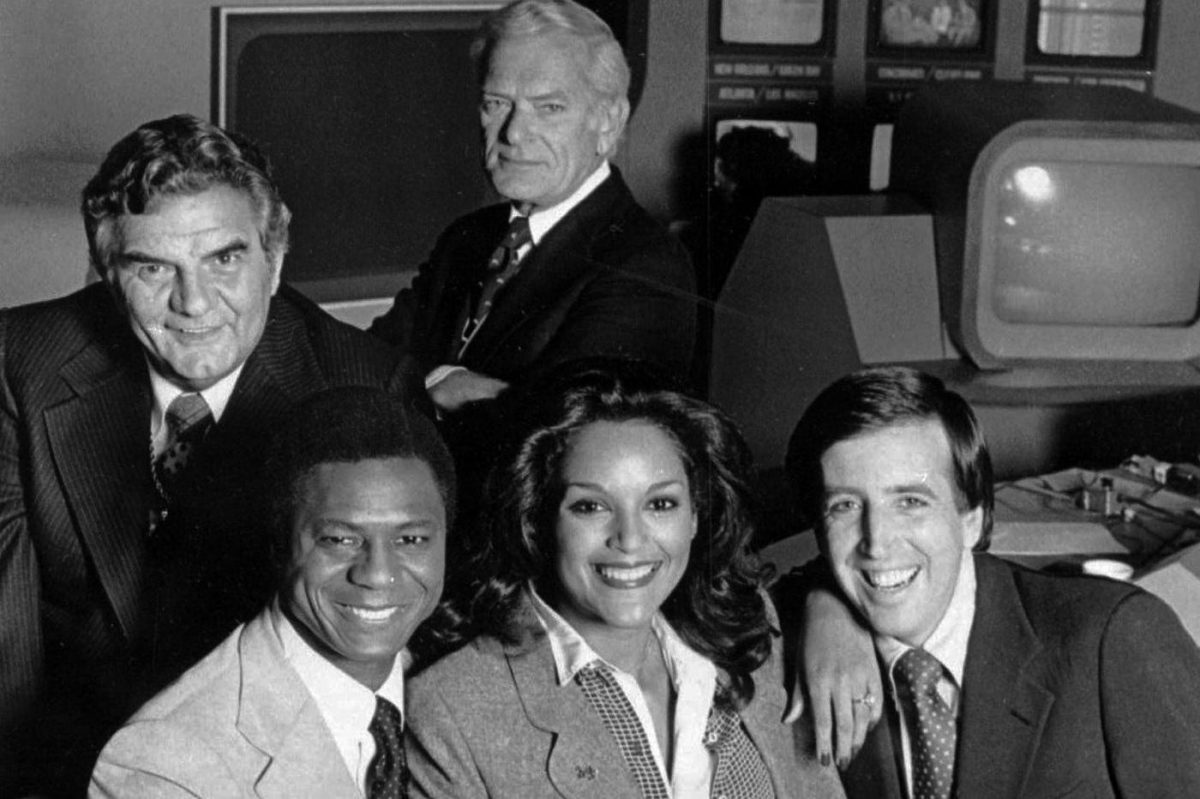 Irv Cross passed away over the weekend at age 81. Columnist Rich Podolsky was fortunate to have worked with him at The NFL Today for several years, beginning in 1977. Rich says ‘he was always the kindest man in the room.’ Although Cross was suffering from the effects of C.T.E. and early Alzheimer’s, he was nice enough to chat with Rich recently for his upcoming book: “You Are Looking Live!– How The NFL Today Revolutionized Sports Broadcasting.” Rich paid tribute today to the former NFLer and CBS broadcaster.

Irv Cross was always a high achiever. He always worked harder than anyone else. When he was a rookie with the Eagles in 1961 the coaches asked the defensive players to write down what their assignments were against a certain offense. Cross was the last one to turn in his paper and the coaches wondered why.

“When I turned in my paper,” Irv recalled,  “the coach asked, ‘What’s this?’ Instead of putting down my individual defensive assignment I wrote the assignments for all 22 players. I told him, ’That’s how we did it at Northwestern. That was our biggest edge.’” The coaches were so impressed, that even though he was a rookie they made him a co-captain and one of the Eagles’ signal-callers.

“I’ll never forget the first game we played (that season) was against the (Baltimore) Colts. I got into the huddle and I look to my right and Chuck Bednarik is standing there. Holy smokes! There’s the guy who was probably the greatest ever to play football in Philadelphia, and I’m telling him his assignment. He looked down at me (and in a gravelly voice) said, ‘Come on Rook, let’s get the play.’” 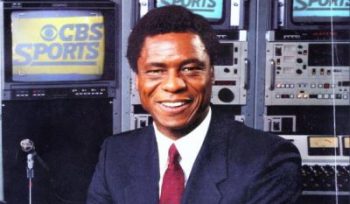 In 1949, when Irv Cross was in fifth grade, his teacher, Ruth Ewing, told him, “You’re the kind of young man who can go to college.” Her words came at a comforting time for the 10-year-old. His mother had just died during childbirth, leaving Irv and his 14 brothers and sisters to practically raise themselves.

His father was a steelworker. He would wake up every morning at 5:30 and walk to work. Irv had get up even earlier. “My chore was to take care of the coal stove. We had coal delivered and they’d leave it on the sidewalk. I’d bring it to the basement. I’d get up at 5 a.m., start the fire, and get the house warm by the time everyone woke up.”

That work ethic continued his entire life. Cross was a great athlete growing up in Hammond Indiana, and stood out as both a wide receiver and defensive back at Northwestern under Ara Parsegian. In his senior year in high school (1957) he was named Indiana’s Male Athlete of the Year, and two of his pals offered to take him to dinner to celebrate.

The first restaurant they went to, which was right across the street from their high school, wouldn’t let them in because Irv was black. It’s really hard to imagine there was that level of racism back then in a town just 28 miles from Chicago. It was something that stayed with him his entire life.

When he became CBS’ first Black NFL game analyst he would visit NFL Films (located in Philadelphia) to learn everything he could on every team in the league.

In January of 1974 Cross was invited to pregame luncheon before Super Bowl VIII in Houston. It was there that he met Bob Wussler, the new rising star at CBS who had just become the head of CBS Sports.

“Bob Wussler came over and introduced himself and asked me what I thought about the game,” Irv said. “I gave him a review he probably never heard before. I gave stats, strengths, weaknesses, what players were like, and the rest. Wussler came back to me after the game and said. ‘We’re going to put this show together…’ and that’s how it all started.”

Breaking another barrier Irv was the first Black to co-anchor a live network sports show, and Phyllis George was the first female to do the same. With the cast set,  including Brent Musburger, The NFL Today was ready to take off. As it turned out, things worked pretty well. Irv was a fixture on the show for the next 18 years until Fox outbid CBS for the NFL rights in 1993.

“I don’t refer to myself as a pioneer,” Irv wrote in his autobiography Bearing The Cross written with Clifton Brown, but in 1975 the sports TV landscape was much different, much whiter. I never focused on that but I was keenly aware that if I failed, it might be a long time before another Black person got a similar opportunity. Every time I see James Brown or Greg Gumbel or Tom Jackson on TV, I take pride, knowing in some way I helped create an avenue for them.“

Irv Cross won the coveted 2009 Pete Rozelle Award, presented by the Pro Football Hall of Fame. The award was first presented in 1989. Most of the winners have been play-by-play broadcasters like Pat Summerall, Lindsey Nelson, Jack Buck, Al Michaels, Dick Enberg and others. Interestingly enough, Brent Musburger who co-hosted The NFL Today and Howard Cosell, the cynosure of ABC Monday Night Football have not won the Rozelle. Cross was the first Black to win the distinguished honor.

At CBS, he also called basketball, track and field and gymnastic. When his broadcast career ended in the 90s, Cross became an athletic director, first at Idaho State and later at Macalester College in Minnesota.

It was reported that Cross carried a card in his wallet with instructions to have his brain sent to Boston University after he died for testing for signs of chronic traumatic encephalopathy (CTE), a debilitating condition thought to be a byproduct of head trauma common to contact sports.

I spent my Sunday mornings as a kid looking live at various stadiums, and Irv Cross was always a pleasant, knowledgeable, calming presence. I marveled at how Brent Musburger held things together on the air as well, and especially at the brilliant essays by Jack Whitaker. Irv Cross was indeed a pioneer.