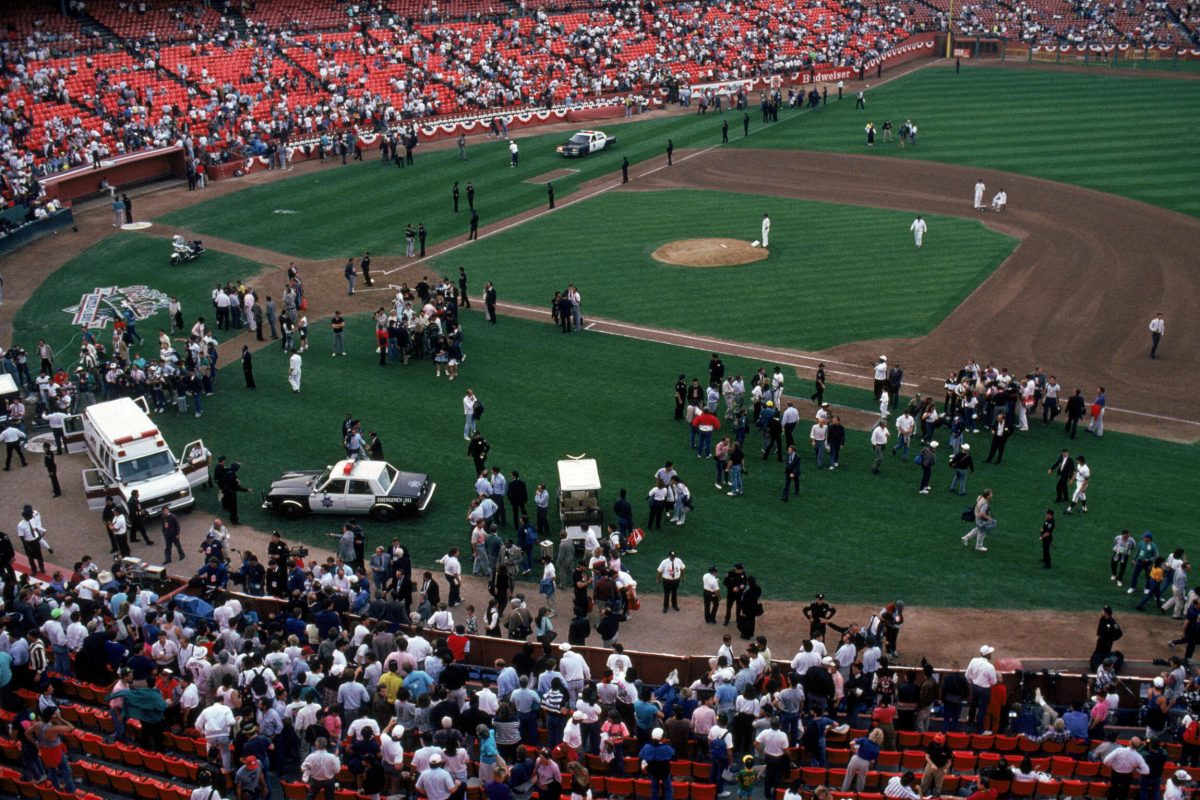 The MLB postseason has brought both expectation and surprise in a matchup between the Astros and the Phillies.

Meanwhile, the NFL is having one of its strangest seasons statistically, underscored by real low levels of offensive production. The NBA and NHL seasons are still too young to assess. Many teams, heating up, still determining where they’re destined. Combining these four lucrative leagues with the upcoming FIFA World Cup in Qatar next month, assures us of an historic time of sport. With each of these fond reminders as to what makes sports great, let’s salute history and look back at some classic moments.

1989: Game 3 of the World Series is finally played

In the 1989 World Series, the Oakland Athletics and the San Francisco Giants, were sadly interrupted by an earthquake in San Francisco. The schedule of the Fall Classic, was held up for a week after Candlestick unfortunately rocked. A sporting event turned into a news breaker. Even with the extended break, the series still ended in a 4-0 sweep. The Athletics won the regional battle in the Bay Area. The World Series that year was broadcast by ABC, where Al Michaels did play-by-play alongside color commentator, Jim Palmer and Tim McCarver.  This World Series was the sixth and final on ABC after the coverage alternated between Michaels on ABC and Vin Scully on NBC. CBS took over television broadcasting rights in 1990 led by Jack Buck, Joe’s pop and Tim McCarver, who hopped multiple networks. On radio, the World Series was called by Jon Miller in his second year of thirteen on ESPN Radio.

Game three in Houston between the Chicago White Sox and Houston Astros took a record-setting, 5 hours and 41 minutes. In the top of the 14th inning, the visitors, took the lead and the game, 7-5. The Sox won the title in a clean sweep, 4-0. For Chicago, it was a great celebration, the club’s first World Series title in 88 seasons!  On television, the World Series was covered by Joe Buck and McCarver on Fox and by Miller and Morgan on ESPN Radio. In this series, the White Sox’ radio play-by-player John Rooney called his final White Sox game after 17 years . Milo Hamilton and Alan Ashby did local Houston radio.

In the league’s first expansion since 1976, there was talk in 1993 that a new franchise would settle in Charlotte, North Carolina. It did eventuate when Carolinians welcomed the Panthers. There was also the advent that year of the Jacksonville Jaguars. The clubs won 7 and 4 games respectively in their inaugural seasons.  The Panthers were carried first by 50,000 watt WBT Radio. Bill Rosinski (1995-2004) was the original voice of the club, alongside analyst Roman Gabriel. The Panthers are still looking to win their first Super Bowl as a franchise. They’re 0-2 on Super Bowl Sunday.

In this college football rivalry, Boston College ousted Notre Dame for the 4th time in the series, beating the Fighting Irish 21-17 at Chestnut Hill. This would be the first of six consecutive matchups between the two schools that Boston College would win, not living up to the earlier history of Irish Football. The six game winning streak has recently been beaten by Notre Dame who now has won seven straight games in the rivalry, with the 2022 rendition yet to be played this season. The Fighting Irish have historically been broadcast on NBC. In 2001, it was no exception. For many years, the Irish’s beloved voice was Tony Roberts.

As previously mentioned in an earlier edition of This Week in Sports History, Orr began his career on the Bruins in 1966 and played in the NHL through the 1978-79 season, when he only played six games. Orr scored 270 goals in his hockey career and his last one against the Detroit Red Wings while finishing his career in a Chicago Blackhawks uniform. The Hawks would lose the game 7-2 with Orr’s goal coming in the third period. Chicago games were broadcast on WSNS-TV by Bud Kelly and Andy MacWilliams. The voices who covered Bobby in Boston were Bob Wilson on Boston radio and Fred Cusick in television. His couple years in Chicago were a mix of voices on TV and radio.