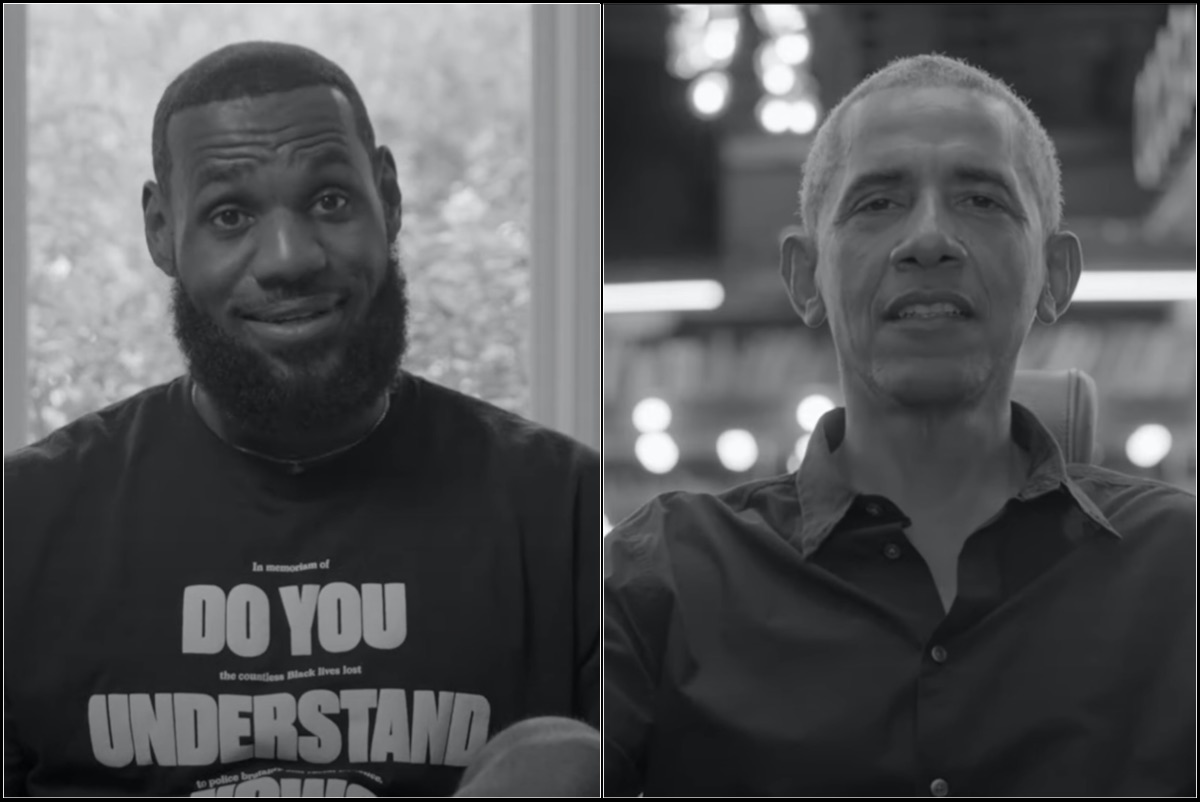 While Carter was mainly present to moderate the conversation, both he and James assumed a more passive role throughout the 24-minute episode, giving the 44th president room to share his views on where the country stands on key racial issues such as police brutality and systemic inequality.

The most newsworthy portion of the sit-down came when Obama revealed that James, along with fellow NBA superstars Chris Paul, Russell Westbrook, and Carmelo Anthony reached out to him for a late-night phone call in August to receive guidance on how players should appropriately protest the shooting of Jacob Blake in Kenosha, Wisconsin. LeBron discussed how valuable it was to be able to speak to Obama on such short notice, and how the conversation inspired the players’ historic walk-out during playoff games the following day.

James expressed gratitude for Obama’s guidance during one of the most challenging times in the recently concluded NBA bubble.

“I’m lucky enough to have a friend in the 44th president that allowed us to get on the phone with him and get guidance. When there’s chaos and people don’t know which move to make or how to handle a situation, the best thing you can do is have someone that you can talk to and give you guidance.”

Obama also praised the job of James and other athletes who have used their platforms throughout the summer to call for change on numerous racial issues.

“To see this new generation without fear of speaking their mind and conscience, I think you guys are setting the tone for a lot of young people coming up, and a lot of other athletes in other leagues… You guys really showed leadership on this in a way that deserves a lot of credit, and you made me real proud.”

The remainder of the conversation highlighted James’ work with More Than A Vote, an organization made up of Black athletes and artists working to end voter suppression in the United States. Obama also issued calls for continued activism among American athletes and younger generations of Americans in general, encouraging young people to keep using their voices for positive change.

With nearly all of last week’s headlines being devoted to the election and rising COVID-19 cases, the episode failed to generate significant media attention. Conservative sports media voice Jason Whitlock took aim at LeBron on Twitter after the episode’s initial ratings were released, tying his political activism to the fact that he is compensated by HBO for his time on The Shop.

“Things the mainstream sports media and blogosphers won’t tell you. President Obama appeared on LeBron James’ HBO show The Shop on Friday. It drew 93,000 viewers. LeBron is a failure as a Hollywood mogul. He gets TV deals as a pay for his political activism. #GameIsRiggedYo”

Other than Whitlock’s strong comments, the overwhelming majority of coverage surrounding the episode was made up of recaps and synopses. By Wednesday afternoon, the interview reached 425,000 views on YouTube, with a like to dislike ratio of 15,000 to 655.

From my perspective James and Carter used their time with the former President quite well. While reactions to the interview were always going to be a bit partisan, I believe Obama’s appearance on The Shop serves as a strong reminder of the importance of sports in numerous facets of our society. James, who famously pushed back against calls for him to “shut up and dribble” by Fox News anchor Laura Ingraham back in 2018, has only continued to use his enormous platform in a positive manner, and this special episode of The Shop certainly demonstrated how he is paving the way for other athletes to do the same.

NBA television ratings suffered a precipitous drop this past season. A Harris Poll suggested that a chief reason was that the league was too political. After the NBA Finals, the league indicated that political messaging next season will be scaled back.

Thanks for this. I honestly don’t think politics cut significantly into the NBA’s viewing this year, and I am all for political activism on all sides, but, yes, we don’t need it DURING the game!