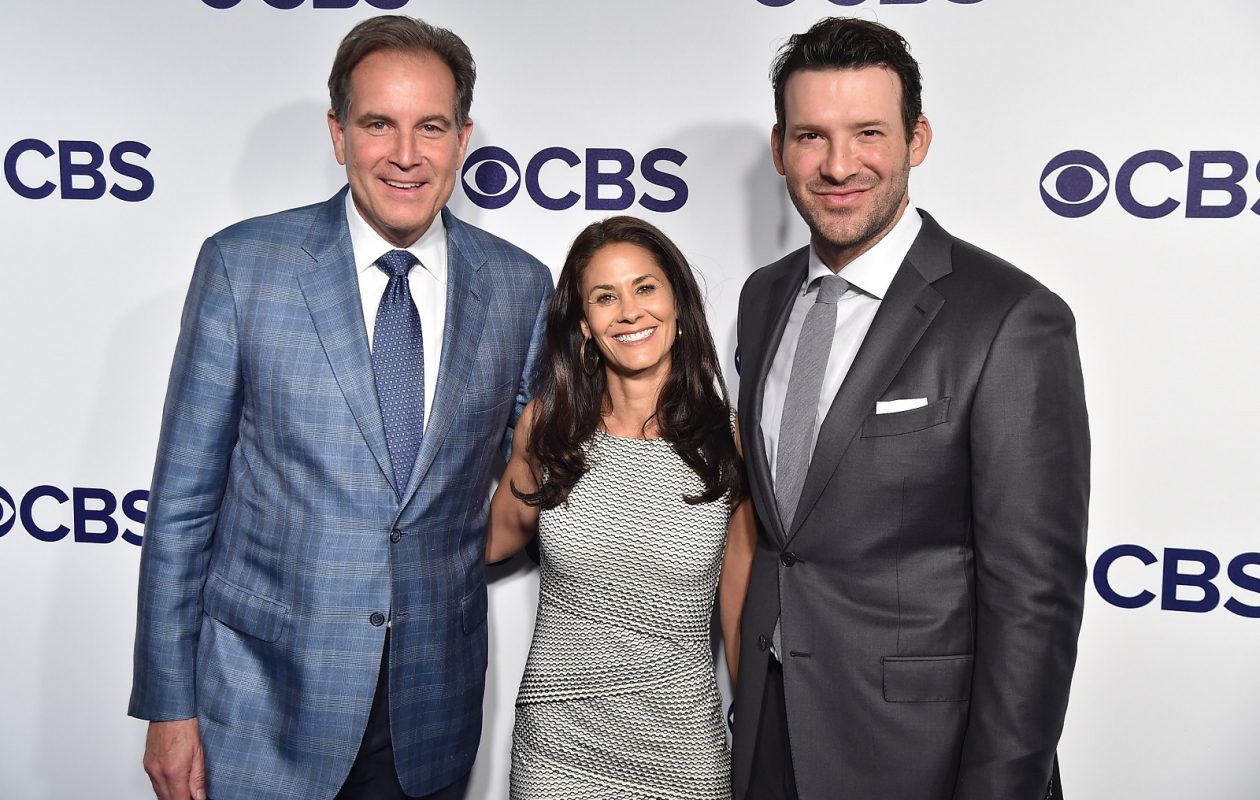 On a day that was as dramatic as the NFL has ever seen, it was the analysts—Troy Aikman and Tony Romo—who stood out, with Romo’s incredible play predictions in overtime that won the day.

Overall, both Fox and CBS did a nice job. Joe Buck and Aikman had a very good opening sixty minutes with Aikman’s critiques sharp and to the point. But the pair’s failure in overtime to notify the audience that the Rams could win the game when they took posession, left something to be desired. More on that later.

Aikman came out of the box ready to spar. Early in the game on a nice New Orleans screen pass, he perfectly drew a word picture saying, “They’ve got blockers out in front with no one to block.” Later on when the Saints hit on a crossing pattern behind LA linebacker Cory Littleton, Aikman said, “I don’t know what Cory Littleton, is looking at. He’s just staring at the quarterback.” And before a Saints TD, they tried a wildcat play that had quarterback Drew Brees flanked out. It failed and Aikman jumped on it. “I don’t like the call,” said Aikman. “Taking Brees out of the play. I don’t like it.”

On the next play Brees was back at QB and tossed a short TD. And late in the 4th quarter after a long pass put the Saints in scoring position, Aikman was incensed at the Rams defensive back covering. “He saw the ball the entire way,” Troy said. “I thought it would be intercepted or at least incomplete. He never raised his arms above his head, (though).”

Over at CBS Jim Nantz and Tony Romo were humming along while New England dominated the first half. Romo was so hyped up in the show’s opening you’d think he was the starting quarterback. As New England dominated Romo kept pounding on us how they did it, by bringing to mind Olivia Newton-John’s “Let’s Get Physical.” He must’ve said “physical” a half dozen times early.

Now with Romo you’ve got to take the questionable with the good, and don’t get me wrong. He was very good. But in a game with a much wider audience than just hard core football fans Romo’s use of some terminology might have been confusing to those who are occasional fans. “Targeted” is the new announcer-speak for a quarterback throwing to a pass receiver. Instead of simply saying they threw five passes to so and so, both Nantz and Romo told us the player was targeted  x  number of times.

Another example was when Romo started talking about rub routes and pick plays, without ever really explaining what a rub route or a pick play was. Sure this is picky, but these guys need to realize they’re not just talking to an audience of ex players and coaches.

Overtime rules are confusing, even to those who watch every game, every week. It used to be the first team to score won, or Sudden Death. Then it was changed to give the team that lost the toss a chance, if the team that won the toss kicked a field goal. But when LA.intercepted Brees’ tipped pass in overtime, it wasn’t perfectly clear that the Rams could win the game at that point with any score. And then there’s the issue of the clock in overtime. I’m sure many fans thought they were going to play an entire period because the clock kept ticking.

Maybe, I missed it when OT started, but I never heard Joe Buck explain that part of it. And when the Rams took possession, Buck never addressed it until their field goal kicker marched on to try a 57-yarder with 11:47 remaining.  If the clock was meaningless, why show it? Buck finally let us know when he said, “…and that will bring on Greg Zuerlein to try and send the Rams to Super Bowl 53.”

It’s a shame because, for me at least, it took away from what was otherwise a sterling broadcast.

Overtime for CBS and Tony Romo was another story. Romo was feeling it like the Warriors Steph Curry hitting five in a row from downtown. Every third down the Patriots had in their winning drive, Romo successfully called.

Romo not only told us why Julian Edelman was going to catch two successive first-down passes, but also showed us how he did it. Then, when it appeared that Gronk would receive single coverage on the left side before a key third down, Romo exploded in anticipation and sure enough Rob Gronkowski caught the ball inside the 10-yard line. To top things off on the next play, as soon as Romo saw the formation he predicted, “They’re going to run it.” And run they did for the winning score.

As for the direction and the camera work of the AFC game, CBS’ director Mike Arnold and crew excelled, especially during the controversial replay reviews of Edelman’s muffed punt that was ruled a non-muffed punt. It was definitely a game-changing event at the time, and CBS had three different super slow-motion views. In one view it looked like Edelman tipped the ball but from the other side it didn’t.

It was great stuff and brought to mind the work of CBS’ first great football director Sandy Grossman. I do wish Arnold would forget about his artsy head-on kickoff shot he occasionally tries because we have no idea where the kick returner is on the field.

Overall, it was a spectacular, dramatic day of football with CBS and Fox equal to the task. Especially Mr. Romo.

Rich..
Disagree with your comment Nantz never praised Romo…didn’t he call him ‘Nostro-Romo’ at one point?