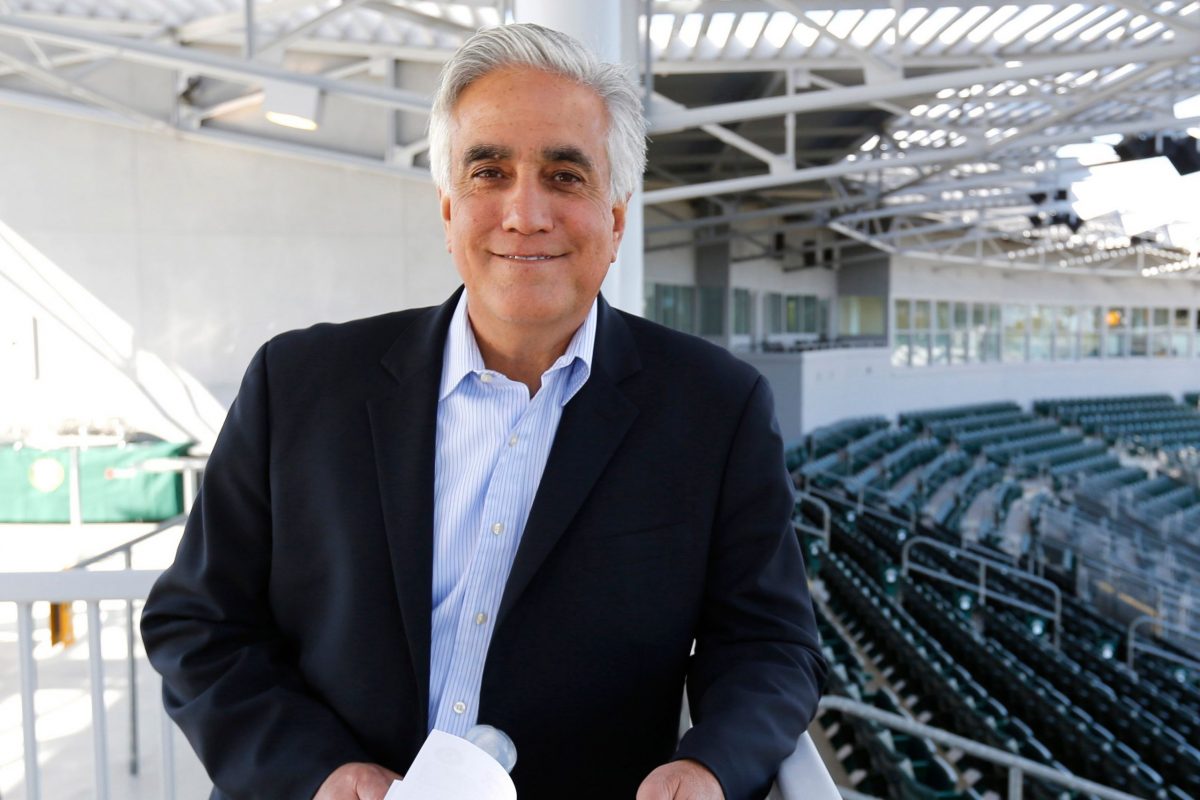 Pedro Gomez, one of baseball’s most respected reporters for decades, passed away suddenly last Sunday at the age of 58.

Throughout his illustrious 35-year career covering Major League Baseball, Gomez built a reputation as one of the best in the business. Before beginning at ESPN in 2003, he served as the national baseball writer for the Miami Herald and covered the Oakland Athletics for numerous publications in the Bay Area throughout the 1990s.

Gomez is best remembered for his time at ESPN, where he contributed to popular programs including SportsCenter and Baseball Tonight.

Throughout the week, members of the media have made it clear just how important Gomez was to the world of sports media through countless tributes and outcries of grief and praise for the veteran journalist:

Steele tweeted a touching tribute to Gomez produced by ESPN that highlights some of his most remarkable accomplishments during his time at the network, including his daily coverage of Barry Bonds from 2005-2007 during the infamous steroid era.

Mendoza, along with dozens of other reporters, reflected on Gomez’s character and friendly personality.

“One of the biggest hearts I have ever known … took the time to KNOW people, not just talk to them. Sat down with my kids at breakfast, always asked about family, remembered what was important in life. Pedro … you will be so missed.”

Glanville, a former outfielder for multiple clubs and current ESPN baseball analyst praised Gomez for his dedication and passion for his work.

“In Pedro Gomez, we lost a bridge-builder. The best of coming together and bringing people to one understanding with energy, perseverance, and humanity. He treated breaking news like it was a birthday present to hand to us at our surprise party. Heartbreaking.”

Slusser, Giants beat writer for the San Francisco Chronicle and a former colleague of Gomez, paid tribute to her longtime friend.

“Absolutely devastated. Pedro was a true, wonderful friend for nearly 30 years. Like everyone who knows him, I’m just heartbroken. All my love to his family.  There are few people who could light up a press box or field like Pedro Gomez. I will miss him always.”

Quinn reflected on Gomez’s courage to ask tough questions throughout his career.

“Here’s the thing I want to share about Pedro. He wasn’t fearless. He was completely human. But he had more honor and courage than fear, and that propelled him to do some of the bravest things I ever saw in this business.”

In addition to members of the media, dozens of current and former MLB players and executives reflected on their relationships with Gomez. Professional teams from multiple leagues released statements honoring Gomez as well, demonstrating his far-reaching impact across sports journalism.

Not a good week for sports. Yahoo’s NFL writer Terez Paylor passed suddenly at the tragic age of 37. No cause of death was given. Paylor was quite busy leading up to his untimely death, writing and recording podcasts. Before joining Yahoo, Terez covered the Chiefs for the Kansas City Star.

“Terez Paylor, who covered the NFL for Yahoo Sports, died today. He was 37 years old. Paylor, who was a Pro Football Hall of Fame voter, joined Yahoo Sports in 2018 after five years as The Kansas City Star’s Chiefs beat writer. A devastating loss of another person gone too soon.”

“We started off as competitors from different media outlets when our paths first crossed in 2013. Terez had a legendary work ethic. He was highly motivated and a tremendous self-starter, able to execute initiative in the absence of orders. I always used to tell him he would’ve made one hell of a soldier — a compliment, as a veteran, that I don’t share too often with civilians.”

Then there was Sekou Smith who covered the NBA. He was just 48. During his shortened career, Smith worked for Turner, NBA TV and nba.com where he penned “Hang Time. Smith left a wife and three children. He is said to never have worn a tie or suit until he served in a capacity on television which had a dress code.

After his death, the Atlanta Hawks announced that they will name the media work room inside State Farm Arena “The Sekou Smith Press Room.”

“Sekou Smith was the very best of us. Smart. Funny. Unflinching. Full of good. A lot of days and nights on the road with him – Bubble, Finals, Olympics, wherever – and always this: Photos of his kids playing ball, or graduating, or leaving for college. Godspeed, my friend.”