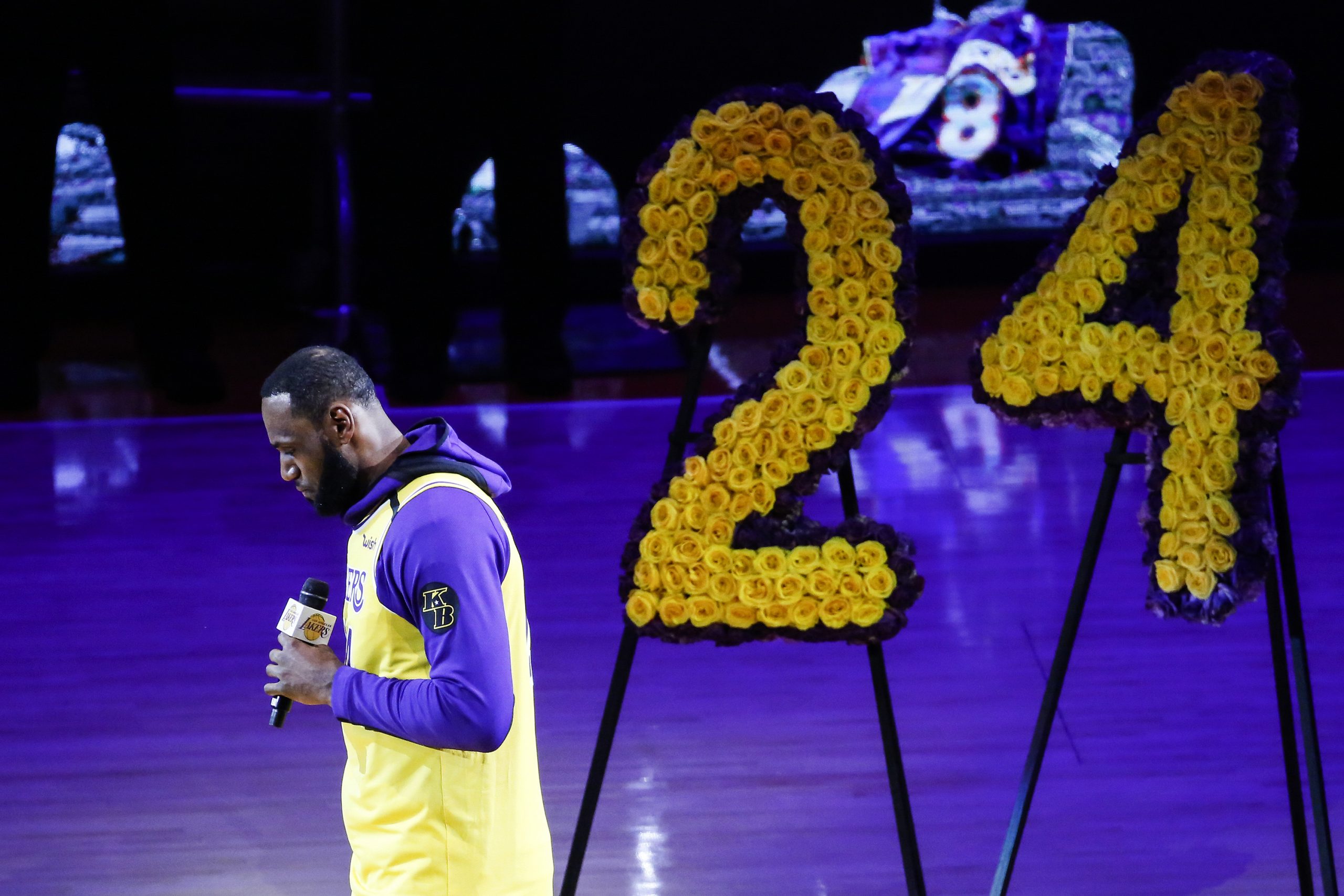 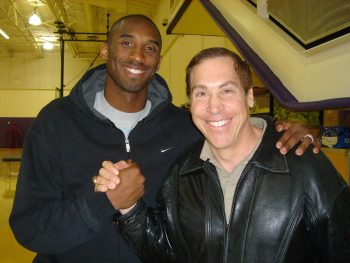 Roy Firestone got into the heads of hundreds upon hundreds of athletes on ESPN and other national platforms. The sheer number of long-form interviews he conducted over four decades won’t be duplicated by anyone else soon, certainly not in the sports space.

Los Angeles has long been Roy’s home and he got to know Kobe quite well. Like thousands of others, Roy took the whole tragedy hard.

As a cathartic measure, he wrote two pieces on the unimaginable losses, the first, on the day of the shocking crash and the other, later in the week, after a deeply moving tribute in Los Angeles. His words drip with tears.

I asked Firestone whether I can share these articles with our readers and thankfully he agreed. “It’s been an extremely painful and somber time in LA,” Firestone told me. 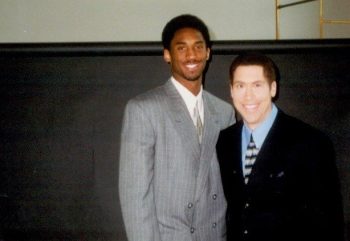 I’m writing this and my hand is trembling and I am shaking.

Kobe Bryant was killed along with his 13 year-old daughter and seven others in a helicopter accident this morning. I am devastated. Please forgive me if I come off a bit indulgent, but Kobe for me – as for millions of others – was a very important athlete and, importantly, a friend.

He was astonishingly gifted. Jerry West told me that when he was just 16 he could have played in the NBA. Jerry was like a father to Kobe, both loving and stern. The two spoke or texted almost every day. Kobe was his single greatest player he acquired through a trade, and he was always proud of that.

Kobe Bryant was easily the hardest working player I ever covered. A film-obsessed student of the game and a true gym rat. I once waited two and a half hours for an interview with him in Memphis, not because he was being rude but because he was taking more than a thousand free throws in an empty gym. On a Friday night. Alone.

Kobe didn’t hang with the other players. He seemed aloof and distant and some thought he was kind of a snob. But that wasn’t anywhere near the truth. He was simply a loner. Once, when I asked his one- time rival and eventual close friend Shaquille O’Neal about the difference between his personality and Kobe’s, Shaq said this: “Kobe is much more of a loner than I am. Me? I’m more of a socialist.”

Kobe could be relentlessly hard on his teammates too. He was the very definition of a perfectionist. He once complained to teammate Rick Fox that Rick shouldn’t have a beer the night before a game, and the two got into an argument. It turns out THAT game was only an exhibition!

After he missed some shots in the 1997 Western Conference Finals in Utah and the team was eliminated from the Finals, as soon as Kobe got off the plane in LA he went to the Palisades High School gym and shot jumpers until dawn… ALONE!

It was only the Saturday night before the tragedy when LeBron James eclipsed Kobe on the all-time scoring list. LeBron was wistful after the game, remembering his friend and mentor. When LeBron was a kid he and his friend Maverick Carter drove from their home in Akron all the way to Philadelphia with the HOPE of meeting Kobe. Not only did he meet him, but Kobe gave him his game shoes (even though they were too small). LeBron wore those shoes the next night anyway.

On the night before Kobe was killed, James inscribed his sneakers in gold marker with “Mamba 4 Life” and “8/24 KB” to show respect for Kobe, an 18-time All-Star with the Lakers who was inducted into The Basketball Hall of Fame in 2020. This tragedy is so deeply sad and yet powerfully close to LeBron, a guy who idolized Kobe.

As did I, and I’m gonna beg a bit more indulgence here for a couple more wonderful personal stories.

I did the very first Los Angeles interview with Kobe when he was 18 years old. It was October of 1996 after a Lakers practice. As we were recording the interview lightning struck the building and blew out all our lights. But instead of calling it a night Kobe sat with me for two and a half hours…talking basketball, Italy, and actually speaking fluent Italian.

Admittedly, Kobe was controversial. He was very brash. Some called him a selfish player. I once asked him about the claim that he cared more about taking the last shot than passing to a teammate. He looked at me and said (as though it were obvious),”Who would I rather take the last shot if not me?”

Self-absorbed? You bet. But supremely – and I mean SUPREMELY – confident and knowing. Some of you will recall the off-court controversy that nearly derailed his career as well as his marriage. It’s certainly part of this conversation. To be sure Kobe Bryant need not be canonized or made a saint. The case never went to trial and was settled out of court. It was a dark period in Kobe’s career.

But instead of merely apologizing to the public, and to the accuser, Kobe did something so many athletes fail to do: he became a better father. A better husband. A better man. I remember Kobe later tearfully blaming his wife’s miscarriage on his own bad behavior.

On the day he was killed along with his daughter Gigi and seven others, Coach Kobe was on his way to one of her team’s basketball games. The helicopter was his way of saving time so he could be there for his kids. Basketball games, soccer practice, school functions…it was the way he saved precious time FOR THEM.

And now he and his daughter and seven others have no time left.

I’ll forever think of Kobe as a deeply gifted, deeply committed athlete who got the most out of his God- given ability. He was a trash talker. He was a game turner and he was ALWAYS a winner on the court.

Over all the years I’ve covered many tragic stories in Southern California. I cannot remember any as heart-breaking as this one. I considered Kobe my friend. He always remembered those two and a half hours in a lightning storm when he was 18.

My God, what a terrible, terrible shock. I’m numb.

How fragile life is. How terribly sad and hard this is.

The Lakers honoring Kobe Bryant tonight was deeply moving, inspiring, but almost unbearably sad.
The images and raw emotions and the sounds of Usher singing “Amazing Grace” and the cellist playing a solitary, solemn, classical piece while Kobe’s words and highlights were projected on the screen…juxtaposed with shots of weeping players…was almost as big an overrun, and a overwhelm of human senses as we are accustomed to publicly.

Kobe Bryant was an imperfect man who was gifted and rewarded for his remarkable skills and determination..and yes, he also made terrible mistakes in judgement and caused pain for some.
He was not a deity. He need not be canonized or idealized beyond what he was. But what he was, and what he became, was indeed, admirable.I believe he sought and was beginning to achieve the idea that he would become a better human being.

That’s always the focus, I believe, to a life well lived.

But as I said before, I believe Kobe represented a kind of personal evolution before the public’s eyes..from a teenage phenomenon, with unbridled energy and spirit, then the wiser, more worldly athlete, to the evolving man of his sport and his world…He was all about excellence…as a player..a father, and husband, and a societal influence in the sports and business world. The legend was really only beginning…and the second chapter in his life and career was on the horizon.

His life was tragically cut short..as it was for 8 other souls who had dreams and hopes for the future.
It all ended so abruptly and without any warning for them..and for us.That is the enduring, inexplicable and unforgiving thing about human fate.

This was a horrific and painful tragedy that will not quickly fade into a distant memory…but eventually it will.

For the families, including his own, it’s far more than grief for which they must contend.. they must pick up the pieces of their shattered lives…A hole in the heart that will never really heal.

Kobe Bryant will be forever regarded as an immortal player…but in the end, like all of us, he was simply mortal, and fallible, flesh and blood… and in the deepest sense, given to human foible and ultimately a devastating tragedy.

When I think of his destiny, I will instead try and focus on his pursuit of excellence..and his attack on life…to be the best at what he did..and in what he loved.

I don’t know that there’s a better thing to say about a human being.

Like most of you, I will miss him dearly…I’ll miss his fire, and his drive, and his vision, his voice,and his unforgiving determination to be the best.

And so he is gone, and we all grieve, for what he was..and yet, what he might’ve been.

Roy Firestone is the author of That’s What I’m Talking About (2019, Magic Turtle Press). Additional thoughts on Kobe are included in the book.

I was reminded anew how much I miss seeing Roy Firestone conduct his interviews on television, and how sensitive, thoughtful, and smart he is. I’m grateful that this site posted his thoughts, and I certainly think differently of Kobe Bryan because of them.