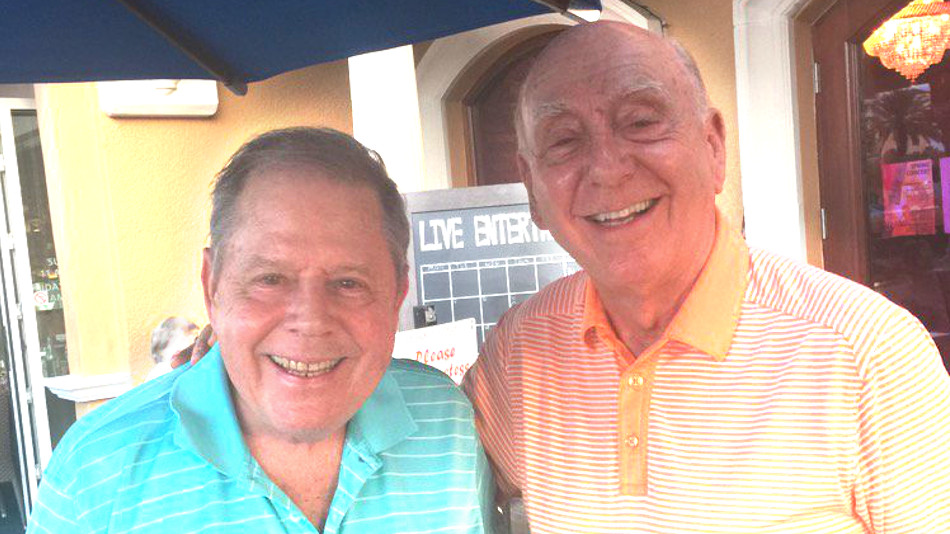 Earlier today, I asked Rudy Martzke for his random views on the job done by the game announcers covering this year’s NCAA Tournament on CBS/Turner. Now retired, Rudy is a seasoned sports media critic who wrote influential columns for a couple decades for USA Today. His pieces were read religiously by broadcast executives and announcers around the country.

Ros Gold-Onwude – I enjoy her enthusiasm as a sideline reporter. She has a contagious warmth and made Loyola’s traveling chaplain, 98 year old Sister Jean, a March Madness personality. (Halby: I asked Rudy about her showing some natural bias saying to Sister Jean whose bracket has Loyola losing in the Sweet 16, “I hope your bracket is wrong.”  He said that she’s young and that a producer will later tell her to rather say something like, “Best of luck.”)

Brad Nessler –  He’s a veteran and solid broadcaster. He paid his dues, deserves this more prominent role (Halby: Before the game winner in Saturday’s second round game, Nessler astutely pointed out that no Houston defender put pressure on the Michigan inbounder at the back baseline. His comment was prophetic.  Unchallenged, Michigan threw a baseball like pass into the front court where freshman Jordan Poole won the game at the buzzer with a long 3-point shot.)

Spero Dedes -He knows basketball, keeps things smooth in 3-man setup (Steve Smith and Len Elmore) and only raises his voice when warranted. He has ability to move up the ladder at CBS.

Ian Eagle – He’s a top level guy. I enjoy him. He meshes well with whoever his analyst is; I salute CBS for elevating him.

Top team of Jim Nantz, Grant Hill and Bill Raftery – Raf wears nicely. His humor rubs off on Hill – He gets Nantz to joke once in a while too. Bill reminds me of guys like Frank Layden, fellows who coached at Catholic schools and weren’t paid a ton.  They supplemented their income by serving as after dinner speakers, entertaining guests.

Tracy Wolfson – She moved up quickly, is sharp and grew into her lead position as a sideline reporter. She interprets game strategy by listening attentively to coaches, picking things up while standing near the bench. She has a good personality.

Charles Barkley – He’s always ready to come off with a one-liner. He might have been right about Oklahoma State deserving to be in the tournament.

Studio hosts Ernie Johnson and Greg Gumbel – You can count on these guys. I always liked them. They’re adept in their roles. They find something that a participant said and pose a follow-up comment to bring out some humor.

Brian Anderson – He’s sneakily good at whatever he does whether it’s the Brewers or the NBA. He educates himself and is very well prepared.

Debbie Antonelli – Debbie has broadcast basketball for years, played and knows the game. She deserved to be bumped up on the tourney to a main analyst. She’s not afraid to voice opinions.

Dan Bonner – He says some good things, knows when to get in and out, working in a 3 man crew, works well with a former star player in Reggie Miller, holds his own, is lively, smiles on camera and comes across as likable.

Reggie Miller – I appreciate his work more. He assesses things well and does so in one short sentence. (Halby- Late in a game – when a player committed a silly foul—Reggie simply emoted “Why?”)

Andrew Catalon – He does well but he’s on the lower part of roster. There are better guys higher on the depth chart and he’s unlikely to move up.