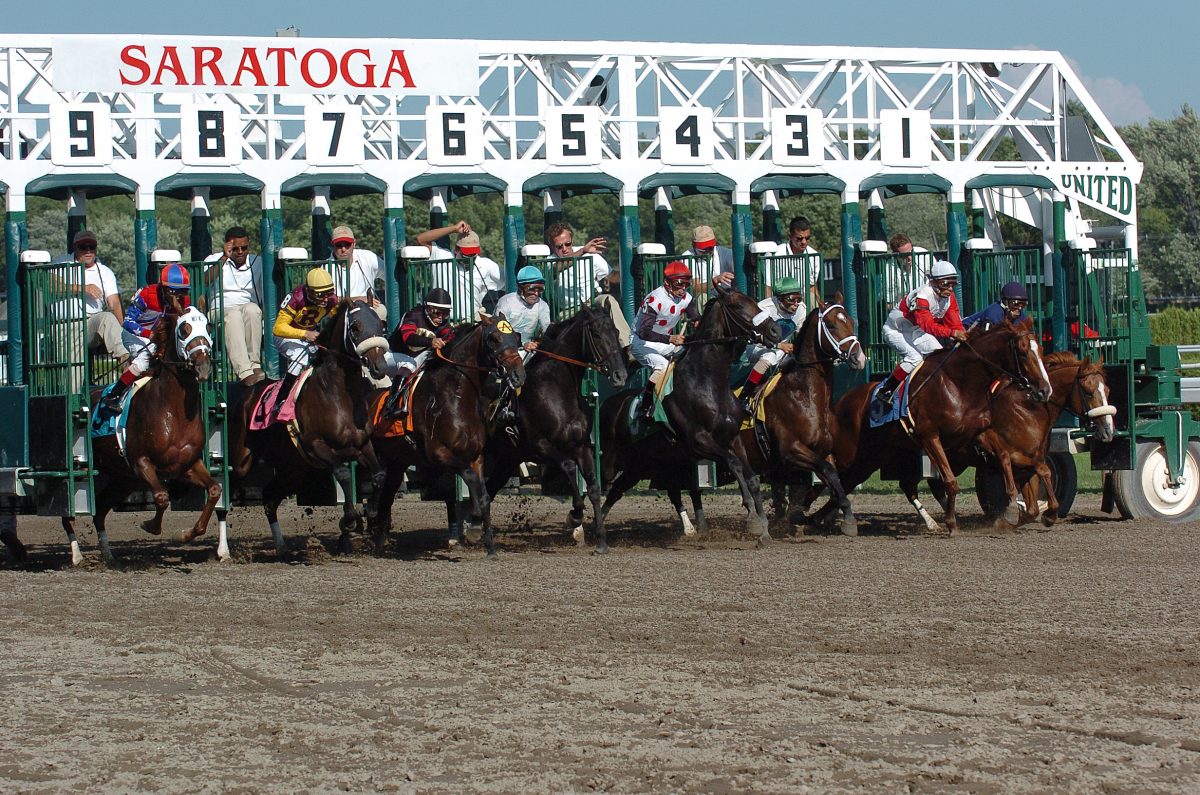 Labeled a “dying sport” for years, Thoroughbred Racing was literally doing just that with the announcement of death after mysterious death at Santa Anita this year. Throw in the disqualification of a popular winner of this year’s Kentucky Derby—the first in the 145-year history of the Derby—and you’ve got a product that has caused the public to turn away.

But then along comes Fox to cover nearly 200 hours of the sport’s premiere race meeting with its summer show, “Saratoga Live,” divided between Fox, Fox Sports One and Fox Sports Two. And for racing fans or just plain gawkers, this is the best coverage the sport has ever seen.

Saturday Fox covered Saratoga from 1 to 6pm, broadcasting three of the best races of the year that featured some of the fastest horses in the world. And Fox now does this on a daily basis with a spectacular array of experts leading the way.

Hosts Greg Wolf and Laffit Pincay III are both knowledgeable and easy to understand. Analysts Gary Stevens, Richard Migliore and trainer Tom Amoss are nothing short of terrific telling us not only the what but the why. Stevens, a great jockey for decades, is in the Racing Hall of Fame. Migliore was a star riding in New York before he retired, and Amoss is one of today’s best trainers and one hell of a handicapper. Acacia Courtney and Maggie Wolfendale both do a nice job talking about how fit the horses appear before each race and whether their breeding is good for that particular race.

Picking the winners is usually left to handicappers Andy Serling , Jonathan Kitchen and analyst Paul LoDuca, but just before each race the program reveals the pick of everyone who analyzed the race and usually it’s Amoss who comes up with some amazing long shots. And occasionally there’s quite a difference of opinion.

Saturday Serling and Stevens got into a fierce argument on the air. Serling had claimed that riding the rail (the inside) was a death knell for horse and jockey this day because he was certain that the inside was a much slower part of the track. Stevens disagreed, not that he felt the inside was great, but that it was okay for a jockey to try and get through there if need be.

Upset, Serling twice offered to show Stevens the film of every race the last two days to prove his point. Voices were raised. “I don’t need to go back and watch the film,” Stevens said. “I’ve already seen the races.  That’s why I’m in the Hall of Fame”

Greg Wolf jumped in and moved to an interview of the race winner, but jockey quotes later in the day seemed to back Serling up. Regardless, it was nice to hear a difference of opinion on the air.

If you’re a racing fan this show is heaven. They even have made it easier to tell if a foul was committed in the stretch. During replays the Fox crew displays the stretch run using virtual lanes to run in, and if one horse moves three lanes over it becomes obvious that he’s coming down. As far as showing the race itself, we wish the Fox team would eliminate the head-on backstretch shot it loves to show us every race. Besides showing off that they have this overhead shot, it shows nothing and tends to confuse the viewer.

“Saratoga Live” may very well win the sport’s Eclipse Award for broadcasting excellence, but growing the audience still has a ways to go. Handicappers and horsemen are the primary viewers. One day last week the first race was sponsored by a horsefly repellent.

n 2019, FOX Sports is scheduled to televise 500 hours of NYRA racing including coverage of nearly every race day at Belmont and Saratoga. The broadcast schedule will then expand to over 600 hours annually in 2020. This agreement builds upon the prior deal between NYRA and FOX Sports that resulted in more than 100 hours of NYRA coverage on FS2 in 2018.

NYRA and FOX Sports began their collaboration around the launch of the critically-acclaimed Saratoga Live during the 2016 summer meet at Saratoga, which offered 80 hours of live coverage to a national audience on FS2.