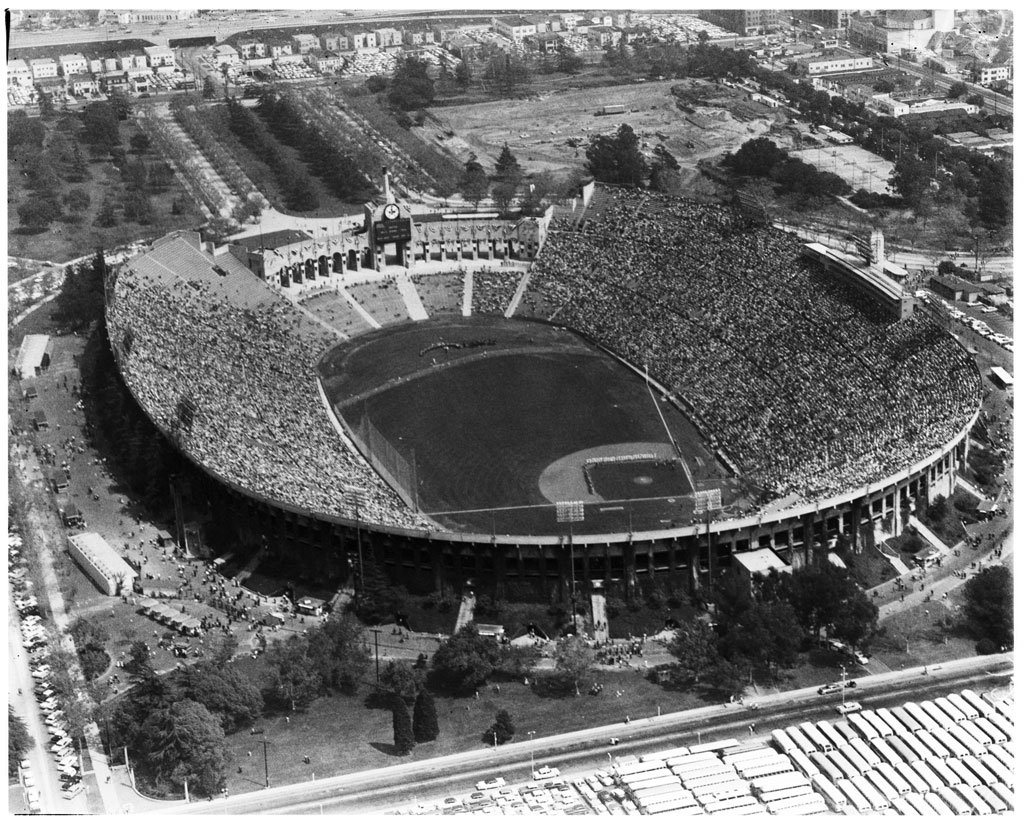 The LA Coliseum, the Dodgers' first ballpark in Southern California

I scoured the web and found a post by Rich Lederer, also linked below. He includes a text transcript of Scully’s audio  and writes a very nice introduction to it.

Not all of Vin’s work is available of course. Yet, from what I have found through the years, this is his best description. It demonstrates a master craftsman’s ability to breakdown a complicated story, tell it beautifully and as simply as possible without missing a beat.

The Master at Work: A list of Vin Scully’s memorable expressions

I have this record, and it’s an incredible argument and an incredible description. As for Vin’s ability to talk fast, I thought he was excellent on pro football on CBS, but Terry O’Neil, the executive producer who chose Pat Summerall over him to work with John Madden, said that he loved Scully on baseball but that he talked too much for football. Well, over the years, analysts have been getting more and more air time to the point that it’s impossible for a play to happen without commentary, because the networks keep hoping for another Madden (and Tony Romo is… Read more »

Absolutely fantastic! Vin’s voice range and pitch when he was describing the pointing and gestures conjured up maybe the greatest blow by blow boxing announcer Don Dunphy. Clearly, Vin could have done boxing with ease. No one today could do what he did then.

That album is narrated by long-time KMPC Sports director and part of the original Angels radio broadcast team Steve Bailey. He was an extremely important mentor to me and many others in Los Angeles and will be fondly remembered in my upcoming book called Touching Greatness to be released next year. And it’s always great to hear the very young sounding Scully who I listened to almost daily during those years with a transistor radio ear plug usually stuck in my head. Thanks for sharing this.

Scully’s feat will never be duplicated for reasons unrelated to Scully’s great skill. In the modern game, there would be several commercial breaks during an argument like this.