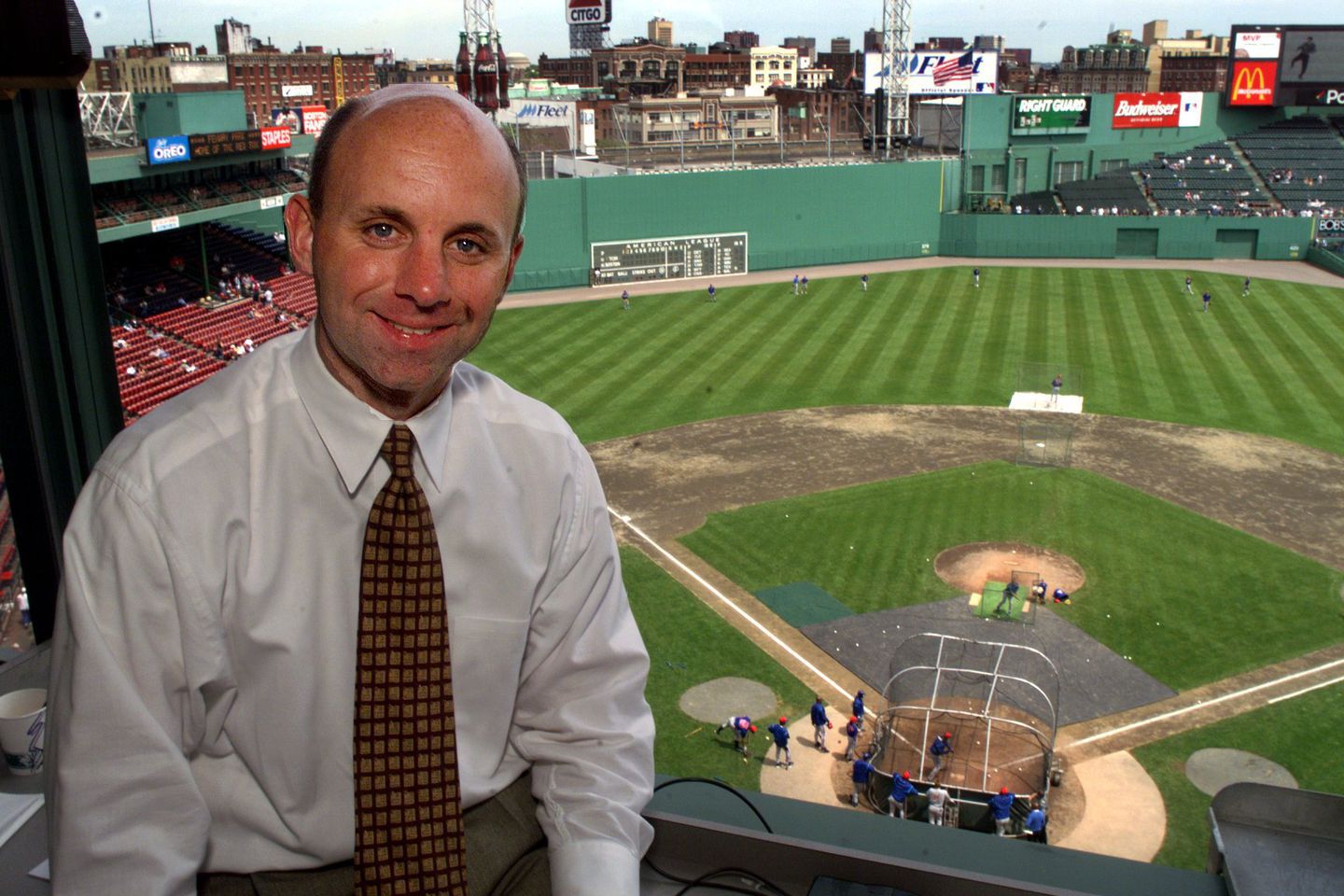 Sean McDonough does just about any sport with ease. His call is always smooth. He was back on golf for ESPN at the PGA Championship. A younger McDonough called games for his hometown Red Sox on television. He now does a schedule of their radio broadcasts.

As sports play-by-play goes, we live in a safe age; safe from the perspective that the vast majority of-play-by play talent tend to play it down the middle. Set the stage, call the game, set up your analyst, get through the game and send it back to the studio. Wash. Rinse. Repeat.

Clearly, there are the tops of the mountaintop, Michaels, Nantz, and Buck. They’ve all earned praise and richly deserve the chairs they sit in for their respective networks. Each has called some of the most unforgettable sporting events and delivered some of the most cherished calls of the past several decades.

A name that has done it all and isn’t far from that threshold is ESPN’s and ABC’S Sean McDonough. Of course, the backstory is well known. He is the son of the award winning Boston Globe writer turned NBC Sports reporter, Will McDonough (l). Sean cut his broadcasting teeth like so many of the broadcasting successes spawned by Syracuse University. He got to broadcast Red Sox games at a young age and moved quickly into the national ranks with CBS in 1990. In 1992, Sean did the World Series at age 30, up there with other broadcast prodigies, Joe Buck, Michaels and Scully who did the Series in their 20s. Sean actually replaced Jack Buck, Joe’s dad, in CBS’ baseball booth.

Versatility? Sean has also covered the Olympics, college basketball, college football, hockey and was the Voice of  ESPN’s Monday Night Football, teamed with Jon Gruden. The weekend before last, McDonough was back behind the mic at TPC Harding Park in San Francisco. It was there that he was part of ESPN’s coverage of the 102nd edition of the PGA Championship.

It was so refreshing to hear his candidness during the event’s first two rounds which the all-sports network covered. It had been a while, (2015), since he called real rounds of golf, but you’d never have known it. That candidness as a stroke-by-stroke voice is what often separates McDonough from his peers and the PGA was no exception.

There is no doubt that McDonough has demonstrated his ability to rise to the occasion no matter the event he touches. You know that if it’s a tight game or event and Sean’s got the mic, the excitement level will only build and the call will ultimately be memorable.

To be sure, Sean is not a wash, rinse and repeat type of guy. Here are some highlights from our conversation after he journeyed back east to Boston from the PGA to call some Red Sox games on radio.

Back at it calling golf last week, what was it like?

It was so much fun. I’m a passionate golfer so getting out there was such a treat. Many of the guys in the field, 11, play out of my club in Arizona so getting some insight during a practice round on how the course is playing makes getting information easy. While there were no fans, it really felt like a major. The venue was great and there were so many storylines developing during the week. You could feel the tension.

Was it tricky getting back out there without any reps with the team?

All credit must be given to Mike McQuade, our producer at ESPN. I have such an appreciation for him. Golf is such a difficult thing to produce and Mike is so good at what he does. You’ll never hear him raise his voice, he just keeps things moving so swiftly and easily and he puts this together basically once per year. On top of that, the team has such terrific chemistry. One of the things I missed is getting together afterwards with our group for dinner or whatnot. The PGA had us drive in separate cars to the course, go through all the COVID testing protocols and then back to the hotel. Not being able to spend time with people whom I really enjoy being with was tough.

What made the ESPN broadcast of the event unique?

Mike leaves all our microphones open where any of us can opine at any time. Not something you want to do on every shot, but you do have the ability to say something if you see it, even if its not your assigned hole.

You have demonstrated over the years as a play by play broadcaster that you speak your mind and are critical when need be and you have the viewer in mind who’s thinking, “Yeah that’s what I saw too!” You don’t see too much of that watching golf week- to-week.

I wouldn’t say its critical, just more candid.  It’s always been my approach. I always am thinking of the viewer at home when I see something that they see and make a comment that can essentially verify what the viewer also sees.

A few weeks ago, there was the rules violation called on Jon Rahm when his ball had moved. If you saw it in real time, would you have pointed it out immediately or waited until there’s verification from tour officials?

Absolutely I’d point it out immediately if I saw it. If you’re at home like you were and you saw it, I guarantee others saw it as well. As I see it, it’s my responsibility.

Your thoughts on players wearing mics on the course?

Of course, we always want more access and I’m all for it. Brooks Koepka may be right. Boom mics pick up a ton of conversation on the course but certainly I’m for any enhancements that bring players closer to the fan. I was watching the previous week’s Barracuda Championship and Troy Merritt was mic’d up both days of the weekend. I’ll bet you that he earned some fans that weekend.

It’s getting close to what would usually be a busy time of year for you with college football getting ready to start. Here we are in real time and we learn together that the Big 10, (later followed by the PAC-12), have postponed their fall seasons. Thoughts on what conferences are or should be doing?

It’s tough. I seem to have a different opinion each time I talk to different people who are closely associated with the decision making on such things. You can’t make a mistake when you err on the side of caution.

That being said, should we expect you in the booth during ESPN’s coverage of The Masters in November?

I just had a conversation with Mike (McQuade) today about that and that is the plan. I love going to Augusta. It’s such a special place. I’ve hosted the Par 3 competition in past years. Last time I was there,(2018), was when we thought it would be a pretty laid back and fun day. It was anything but. We had the Big 3 there, (Nicklaus, Player and Watson all playing well). Watson goes on to win. Nicklaus’ grandson, GT, has a hole-in-one and we thought we had a major story developing on the injury front as Tony Finau severely hurts his ankle running up to one of the greens to retrieve his hole in one. We looked at each other when it was over and couldn’t believe what transpired.

What’s on the docket this summer?

Well, I just got done doing my 4th COVID test recently, (the large variety), as I needed to be cleared to call games for Boston Red Sox radio. I spend half the year in Arizona and half in the Boston area. I’ll do 22 baseball games this summer.

PGA Coverage: How did CBS and ESPN do? Production gets A, Nantz A-, Faldo C and McDonough A+