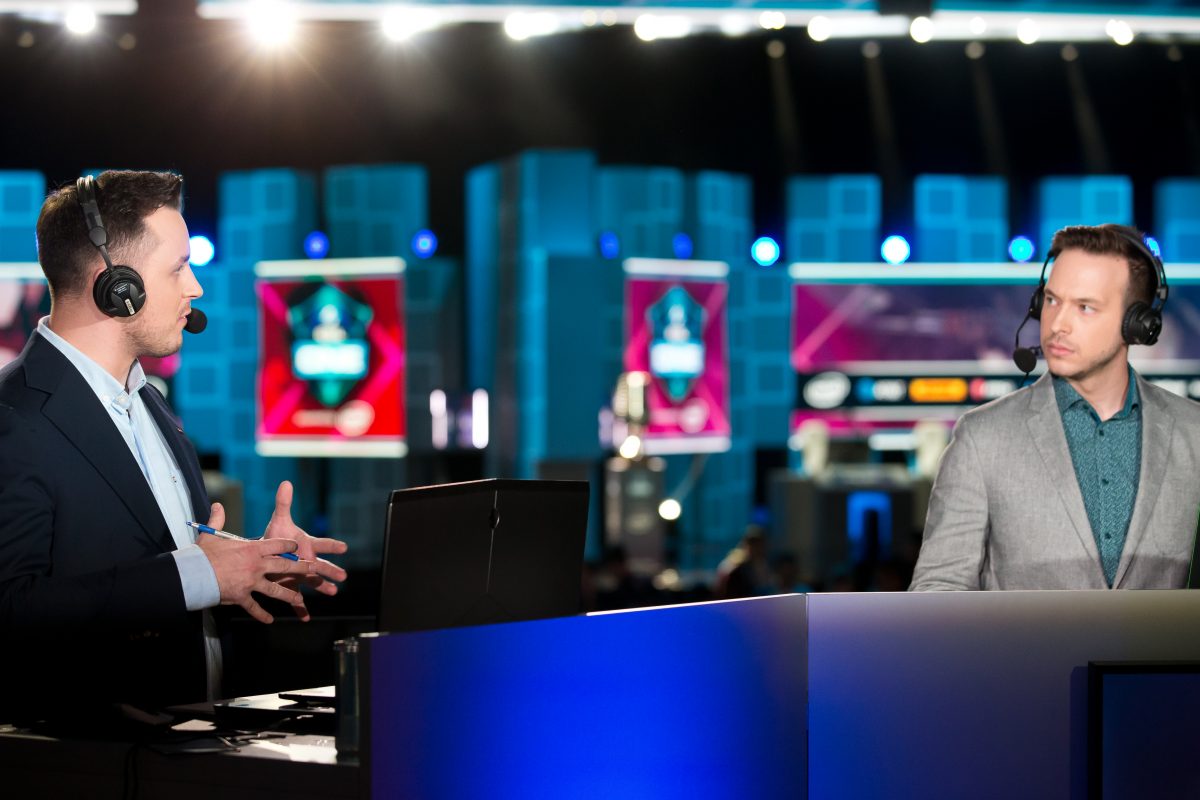 While esports have only recently hit the mainstream, esports broadcasting, better known as shoutcasting, has been around for at least 18 years. Certainly, major advancements have been made to the sector as time has gone on, but the idea of shoutcasting has existed since the beginning of esports tournaments.

The term “shoutcasting” was used to refer to the platform that early esports broadcasters used to stream themselves. Radionomy developed the SHOUTcast DNAS software so users could broadcast only audio over the internet (so even esports had a radio age). Until 2004, that was the way things were done. People weren’t even paid, they just broadcast for fun.

Overwhelming challenges existed for those who were trying to broadcast in the early days. These broadcasters would commonly have to fight to even be allowed to have a spot at the venue. Sponsors for broadcasts were necessary (anyone remember Revlon’s The $64,000 Question?) and enough signal strength to broadcast was hard to come by. For reference, in 2000, only 43 percent of the United States had access to the Internet and the highest internet speed was 512 kilobits per second. Today, 96 percent of the US population uses the internet, and as I’m writing this my internet speed is 53.51 Megabits per second. In 2000, it would take nearly two minutes to download a file that would take about a second to download today. Facebook won’t even load on the modems that existed in 2000.

Historically, shoutcasters had to volunteer to be at competitions that were held at a physical location or had to find a way to stream a game online. It wasn’t a luxurious industry, and it was hyper competitive, as there were little to no barriers to enter the field. People could come and go as they pleased, and everyone was looking to under-bid competition on their rate for broadcasting simply to get themselves out there.

Today, given the loose structure of the esports industry, casters aren’t limited to a certain network or a certain game; they can broadcast whatever and whenever they want. Many of those who work in the industry are freelancers who get hired by specific tournaments to offer their play by play and commentary. The number of shoutcasts in a tournament can vary, with some opting for one exclusive, while others have multiple options. Given that esports is an international sport, many tournaments have shoutcasters for different languages.

There are challenges to being a freelancer when it comes to esports broadcasting. For instance, you have to manage your entire brand if you decide to lone-wolf your way through your career. You also are responsible for negotiating fees, collecting your fee, and know that you might not be paid for a while between events. Since the next job is never guaranteed, it’s difficult for these shoutcasters to know exactly when their next paycheck will come.

That being said, it’s not uncommon for casters to be signed to a contract for an agency. For one, it offers security. While being paid less, casters who sign with an agency know that they’re going to be paid on a set schedule. Agencies like Gfinity have signed major names in shoutcasting like Paul “ReDeYe” Chaloner, while leagues like the Overwatch League have signed dedicated casters for their events, such as Auguste “Semmler” Massonnat.

The next and final section in this series will explore the differences that exist in an esports shoutcast over a traditional sports broadcast.

Part One: Esports? That’s a sport? Fans fill big arenas and many millions watch it worldwide