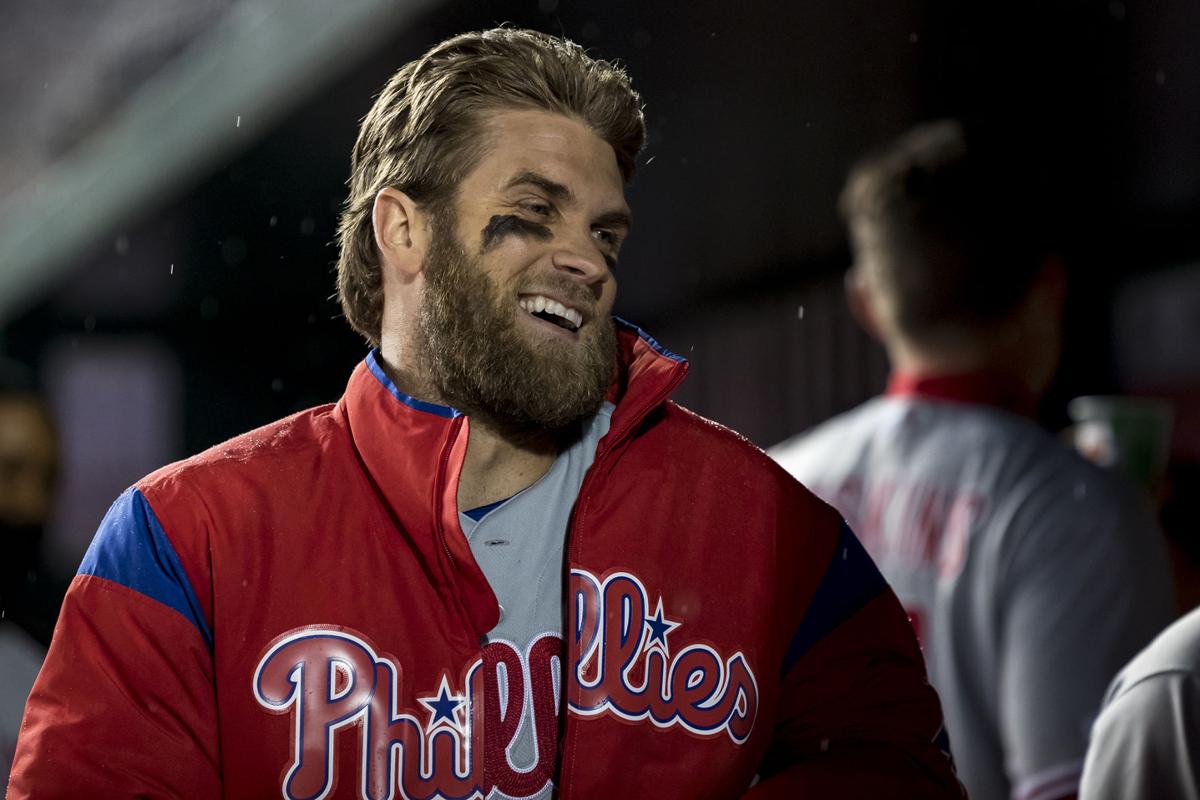 One week into the MLB season, among the storylines was Bryce Harper’s first game back in Washington, DC as a member of the Phillies. After Harper’s three-hit performance, which included an 8th inning home run (and an epic bat flip), helped the Philadelphia to an 8-2 victory, Phillies starter Zach Eflin talked to MLB Network Radio about what Harper brings to the team:

The Brewers are off to a hot start, which had manager Craig Counsell comparing the performance and potential of outfielder Christian Yelich to that of Barry Bonds:

MLB Network Radio host and All-Star pitcher Brad Lidge weighed in with some concern about the lack of velocity from staff ace Chris Sale:

With this year’s NCAA national champion set to be crowned Monday night in Minneapolis, alumni from the last four teams standing talked about their teams/coaches.

Even in one year in East Lansing- @jarenjacksonjr learned a lot under Tom Izzo. The former @MSU_Basketball & current @memgrizz star joined @RickardonSports & @BTNJonCrispin on Big Ten Today to discuss his former coach pic.twitter.com/FVz4IfOw0O

Former Texas Tech player Justin Gray talked about the vision Coach Beard has had for the Red Raiders on SiriusXM Big 12 Radio:

To get to the Final Four, @AuburnMBB has beaten Kansas, UNC, and Kentucky while riding at 12-game winning streak dating back to Feb. 23@colecubelic, who played for @AuburnFootball from 1996-2000, says it's a "no-brainer" that this is the best Auburn basketball team of all time pic.twitter.com/UYwQwFHZfp