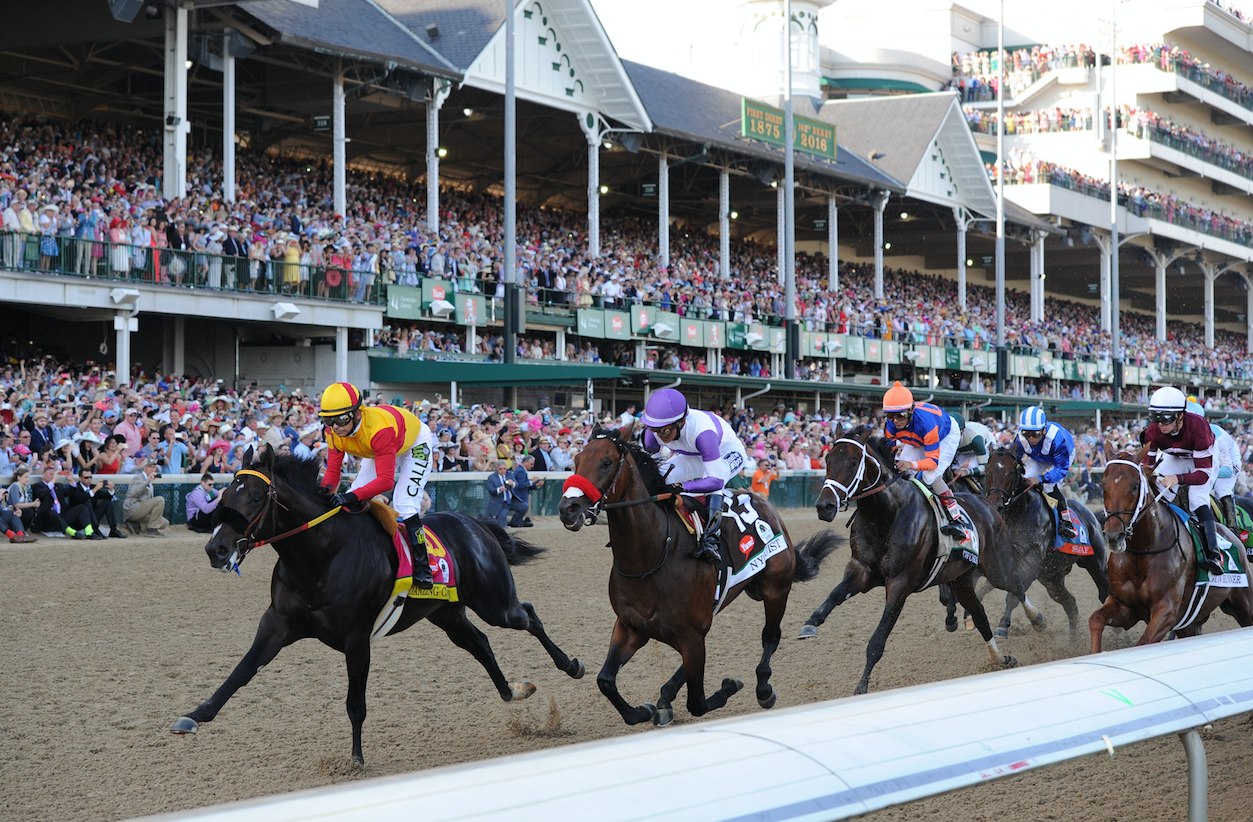 The Run for the Roses

SiriusXM will offer listeners nationwide comprehensive coverage of the Kentucky Derby tomorrow, May 4. Coverage airs on Sirius channel 219, XM channel 201, and channel 964 on the SiriusXM app and begins at 8:00 am ET. At 2:00 pm ET, SiriusXM will air Horse Racing Radio Network’s call of the Kentucky Derby undercard stakes, leading into NBC Sports Radio and Westwood One’s live call of the 145th “Run for the Roses,” airing from 5:00 to 7:30 pm ET (post time approximately 6:50 pm ET).

Earlier in the day, at 10:00 am ET, listeners will hear a special edition of SiriusXM’s Down The Stretch, hosted by acclaimed track announcer Dave Johnson and Bill Finley.

Here is Johnson previewing the Derby earlier this week on The Action Network on SiriusXM with hosts Blackjack Fletcher and Paul Lo Duca.

The former hockey standout Eddie Olzcyk, who’s a lead analyst for NBC’s NHL coverage and also a racing handicapper for the network shared his views on the Derby with SiriusXM’s Fantasy Sports Radio:

And in the days following the NFL Draft, executives and coaches from around the league talked more in-depth about their team’s choices on Draft Day.

Giants GM Dave Gettleman talked about his confidence in the talent of his team’s much-debated first pick, Daniel Jones, and emphasized that they weren’t willing to risk losing him by waiting until a later pick:

"I had a sports writer ask me about waiting till pick 17. I asked him "you've been married a long time, did you wait for your wife to come to you?"

The idea that Jones may not have been available when the Giants selected 17th was supported by Jones’ college coach, Duke’s David Cutcliffe:

"No. I know things that I can't reveal, but he would've gone well before that."

Raiders GM Mike Mayock on their first round picks:

.@Raiders GM Mike Mayock break's down Oakland's haul in the 1st round of the 2019 NFL Draft.

on @iAM_JoshJacobs: "Maybe my favorite player in the draft"

"His ability, we felt, was special" (on Haskins)