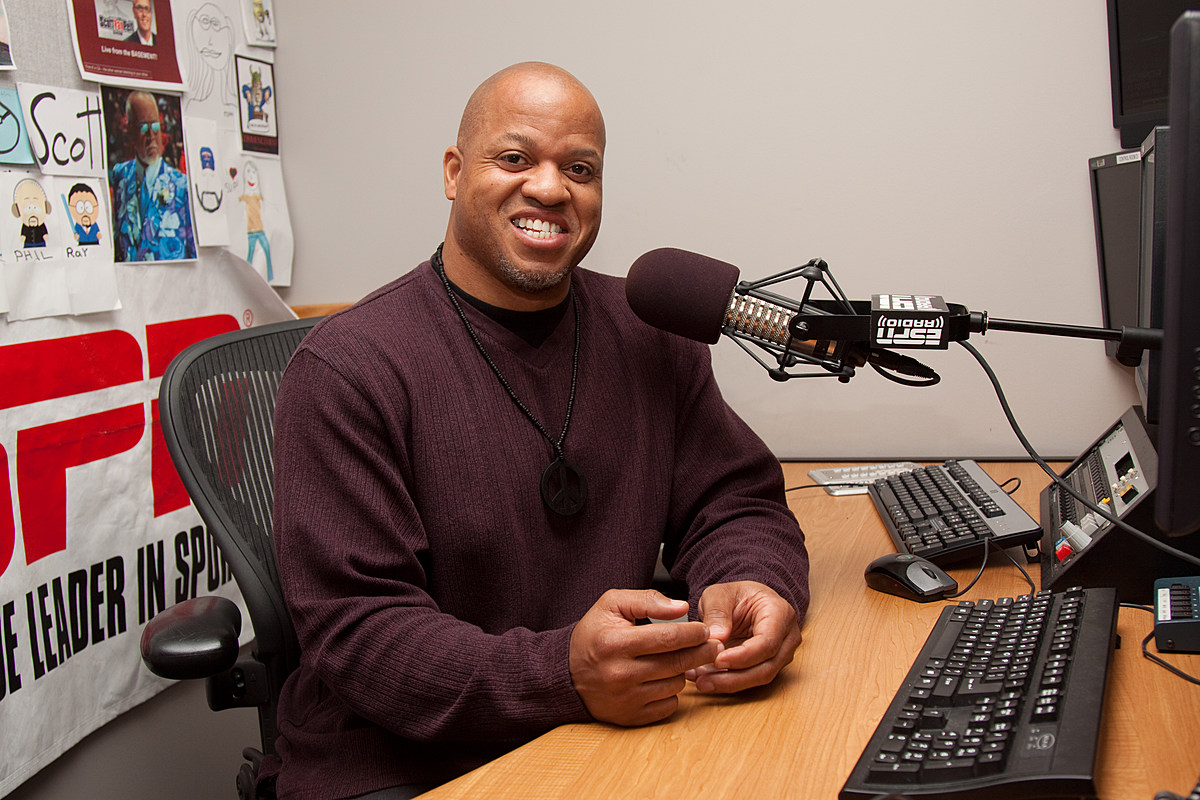 Freddie Coleman made quite a leap, from an Albany, New York radio host to a national sports talk anchor on ESPN Radio. He's been the network's backbone of nighttime programming for 16 years.

You hop into the car after dark, the games are being played, and you immediately want your dose of  scores, sports news and commentary. It likely won’t take you long to dial up Freddie Coleman, a nighttime fixture who’s been heard coast-to-coast for 16 years on ESPN Radio. Over hundreds of affiliates, SiriusXM and on apps, you’ll find Freddie opinionated but not strident, knowledgeable but not pompous and invariably, he’s a comfortable listen.

You might say that ESPN Radio was the first of Bristol’s brand extensions. Mainstream ESPN started on cable using a shoestring and mirrors in September 1979. After ballooning in popularity in the 80s and even before ESPN2 was launched in 1993, the network gave birth to ESPN Radio.

in 1991, there was no successful track record of national sports radio. Local all-sports radio was still young too, born in 1987 in New York on WFAN. No entity could yet demonstrate scale.

Unsure what would come of the venture, ESPN management agreed to a small radio bet. The early architects began testing the marketplace, signed affiliates in the fall of ’91 and tiptoed onto the air in early 1992. At the outset, it limited its programming to weekends. Pioneers Tony Bruno and Chuck Wilson were the early lead personalities. Bruno brought a jovial personality, a quick wit and wry humor that appealed to fans across the American landscape. Wilson was the straight man, the absolute pro who would occasionally set Tony straight.

You might say that Bruno and Wilson set the course for folks like Greenberg and Golic, Cowherd and Le Batard. In some ways, ESPN Radio has been a placeholder for some and a spawning ground for others. The alumni list is long, from Mike Tirico to Scott Van Pelt and from Doug Gottlieb to Tony Kornheiser.

Yet it’s the long-termers who are the mainstays, the backbones, the names that are interchangeable with their radio addresses and the hours they are heard. It wasn’t until 1998 that ESPN Radio went fulltime, 24/7.

Freddie Coleman, 54, has been with ESPN for 16 years and recently signed a contract extension with his Bristol bosses. All this time, he’s been part of network’s nighttime tapestry. Under his new deal, he will continue to host ESPN Radio’s weeknight show, Freddie and Fitzsimmons, alongside football sideline reporter and analyst Ian Fitzsimmons. The show which runs from 9 p.m.-1 a.m. ET has been entertaining listeners since 2016.

Prior to joining ESPN Radio, Coleman was a weekday afternoon co-host on Fox Sports Radio 980-AM in Albany, N.Y. (September 2002-June 2004). Previously, he worked for Cablevision of Dutchess County as a sportscaster for local news in Wappingers Falls, NY., and as a co-host of the weekly SportsScene show, as well as an analyst for Marist Basketball.

Even with a mixed bag of football this fall, Coleman emphasized that he and Fitzsimmons can talk about anything and everything on their show, so even if this turns into a choppy football season, it won’t be a problem. Basketball, baseball, hockey, you name it. “The mixed bag is our bag every night,” Coleman said.

I had the opportunity to learn more about Coleman in a recent interview.

Where did you grow up and who were your early media idols?

Going from Albany, NY to ESPN Radio is quite a leap, how did that happen?

Jason Barrett was the weekend producer of GameNight and he along with GM Bruce Gilbert felt that I should audition when they had an open slot. I guess I nailed it! I loved working in Albany but God had other plans. I’m not complaining.

When you made the jump to ESPN and national radio, what was the toughest thing you faced on the learning curve?

Ignoring voices and people wanting me to be the second someone else OR pattern my show after someone else’s. Once I ignored that, I settled into what worked and didn’t work for me.

You’ve been with ESPN for 16 years. Tell us about the preparation process each day as you get ready for a show. How do you select the subjects you want to discuss?

My mind NEVER stops working. I’m always thinking of ideas, topics, etc. Part of my curse, I guess. You have to ‘play the hits.’ But you always have to leave room for being in the moment and/or relating to a topic that’s interesting that you want to share with your audience.

You’ve done a little local television before you came to ESPN. What would you say the major differences are for a sports host between the two mediums?

Radio is more of an art form than TV because you HAVE to engage more without relying on looks for assistance. It’s more intimate and relatable than TV. Yes, THAT is biased, but no one has changed my mind.

Your partner from 9p-1amET,  Ian Fitzsimmons, is a football guy. What makes the show special?

We’re not afraid to challenge each other and be ourselves. Complete transparency and always willing to listen instead of trying to get our points across. It’s organic and natural because it’s not about trying to outdo each other.

Are the nighttime hours more or less difficult than working during the day?

Less, honestly. I know we don’t get the recognition that I believe we should because WE set the table for what they’re discussing the next day and usually stuff happens during the time we’re on.  Love THAT aspect of our show and our slot. Left turns can happen ANY second.

Who was the most difficult sports personality that you’ve had to interview?

A former football player named Ted Washington. Seemed like he didn’t want to be bothered, even though his people set up the interview. After about 2 minutes, I let him go. Haven’t had anybody OR anything like that since. I hope that it never happens again as long as I’m at ESPN Radio.