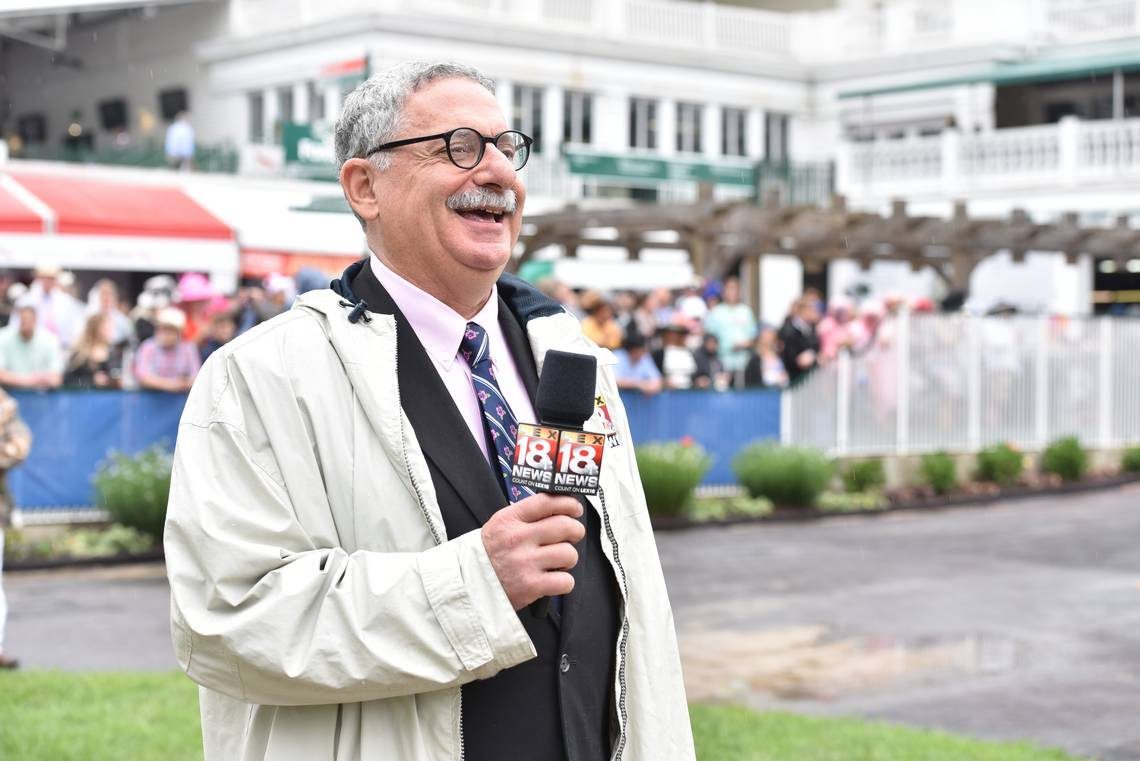 Alan Cutler was reared in Long Beach on Long Island. Pursuing a TV career, he spent 41 years in Lexington, Kentucky, before retiring in 2018.

Adolph Rupp may be the Baron of the Bluegrass – but Alan Cutler is the King of Kentucky.

Rupp is ranked seventh in total victories in men’s NCAA Division I college coach, winning 876 games in 41 years of coaching at the University of Kentucky.

He is also second among all men’s college coaches in all-time winning percentage (.822), trailing only the legendary Clair Bee who ran the program at LIU decades ago.

But what a run Cutler had – again 41 years in the Commonwealth.

This was all on television in Lexington.

No biggie, you say?

Throw this in – a brash, cocky and talented New Yorker – from Long Beach, not far outside New York City, no less. Long Beach, the home of Hall of Fame basketball coach Larry Brown.

Who knew a kid from Long (G)island could make it, stay with it – and more than that be loved and idolized in Kentucky?

He was. In fact, he tells it all in his recently-released book, Cut to the Chase, co-authored with Dr. John Huang, a retired orthodontist.

“If you would have told me that I would spend more than half my life in Lexington, I would’ve told you that you were out of your mind,” he told us in some 458 pages of his career.

Cutler changed the coverage of high school sports in central Kentucky on his LEX-18. This was in 1981.

“Today,” he says, “everyone does expanded high school segments on Friday nights, but it was all about community involvement. Our high school show has been named the top sports program in Kentucky many times.”

Prior to Cutler’s arrival to Kentucky, high school football scores were bound locally to the Lexington area. He expanded coverage to all schools in and around central Kentucky.

“I pitched to my boss that Friday night football wasn’t just about sports,” he said. “John Ray, our news director, told me I was crazy at first, but he eventually bought in, and we doubled the number of photographers to shoot games.”

And the ratings showed it – as LEX-18 zoomed to the top-rated station in Lexington.

He was bombastic, explosive – and with his curly-air and moustache he was a dead-ringer for Groucho Marx. But he worked his tail off.

What he’s likely most remembered for is chasing down basketball coach Billy Gillipsie in 2009 after he was fired by Kentucky. Cutler and his camera crew followed Gillipsie through the entrance into the building which housed the coach’s office. What followed was certainly entertaining if not sad. Check it out!

And his Kentucky Derby stories were always a bit of off-beat, features.

Speaking of the Derby, that’s where it all ended.

Alan Cutler’s last TV appearance was a live shot at the 2018 Derby. He left on his own terms. The way he wanted it.

Lexington’s LEX-18 lost a monster – a tremendous personality followed by all.

New Yorkers? We’ve had more than a few on TV, anchoring local sports, old-timers and longtimers alike. Over the last half century, the Big Apple has had some great ones. Warner Wolf, Marv Albert, Jerry Girard, Bill Mazer, Len Berman and Sal Marchiano were household names. Of the six, only one wasn’t New York raised, Wolf was reared in DC.

During his heyday in New York, Wolf built a massive following. He first worked for WABC-TV which early on was the only New York television station to be able to download out of town highlights. It was a great advantage against the competition. And when Warner, with that big lively simile, called for a highlight, he would invariably say, “Let’s go to the video tape.” The lead-in became so popular that when he was seen walking on a Manhattan street, fans  joyfully shouted, “Warner! Let’s go to the video tape!”

In a forty year career, Marchiano worked for all three network affiliates, WABC, Channel 7; WCBS, Channel 2 and WNBC, Channel 4. His last job was with WPIX, Channel 11. He retired in 2008.

Bruce Back started young, got visibility and lots of work at MSG Network, beginning in the 1980s. In 1997, Beck was hired by WNBC TV as its weekend sports anchor. When the creative Len Berman retired in 2009, Beck moved into the weekday chair.

We had a chance to profile four other longtime legends who anchored sports in different parts of the country.  Seattle’s Steve Raible, Dallas’ Dale Hansen, Detroit’s Bernie Smilovitz and New York’s Beck talk about how to survive as a local anchor in the age of the SmartPhone.

Sports on local TV news, once the source for scores and more, look for an identity in a digital world