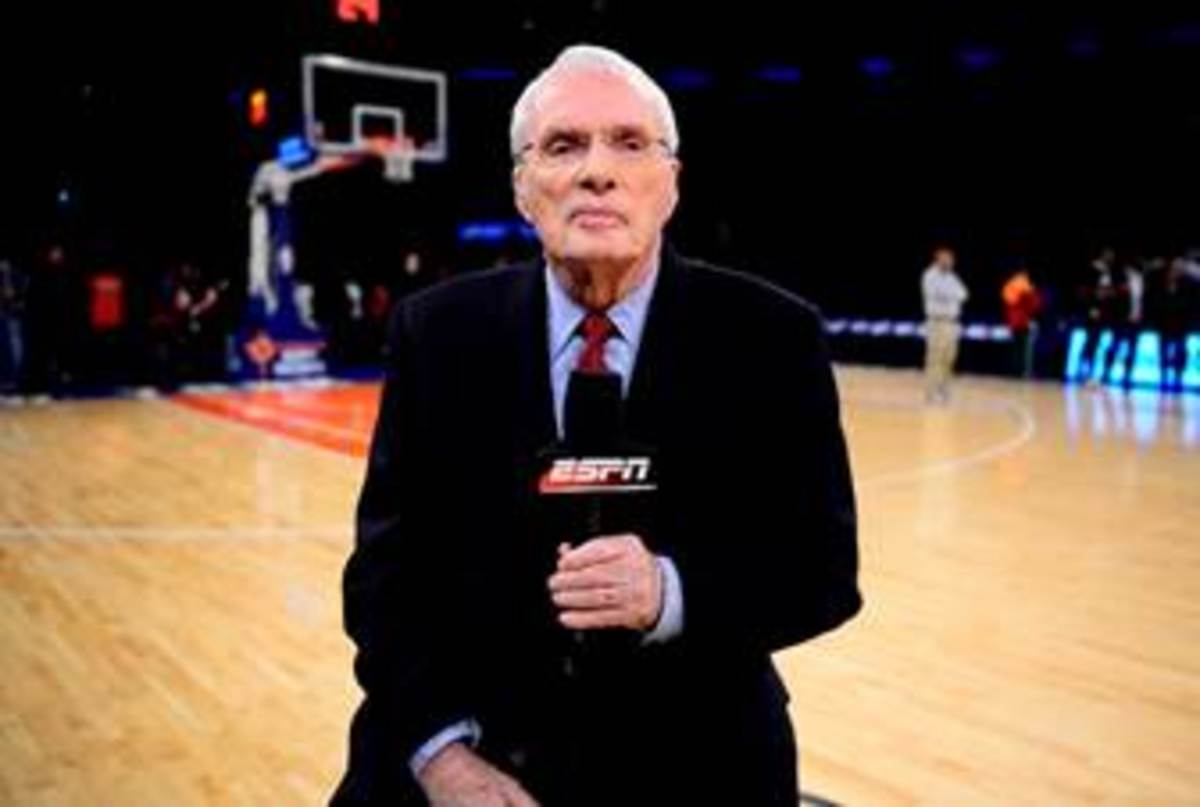 Some broadcasters think they’re beyond reproach. They refuse to recognize that the clock winds down inexorably, that shelf lives are limited and that their broadcast styles become obsolete.

Some ignore the constellation of symptoms; swelling shortcomings generated irrepressibly by age. Some think that seniority comes with a lifetime license, one of a tenured professor or a Supreme Court justice. Others have self-distorted views of themselves after years of being awash with glamorous exposure.

Younger broadcasters talk in hushed tones about their elder and esteemed colleagues, “We want him to leave at the top of their games,” not thinking ahead to when they themselves will face similar predicaments.

Passion can be our most powerful enemy. We, people of all walks of life, believe what we want to believe. It can turn us delusional. Some announcers think they’ll go on forever, getting nodding but unbinding assurances from the powers that be. Locally, some voices have built formidable community capital, the kind they conveniently interpret for lifelong entitlement. No referendums.

Is sports broadcasting a meritocracy or a gerontocracy? There are many in the broadcast booth much older than 70, an age at which the government mandates seniors to draw down their retirement accounts. Think of law firms where partners have required retirement ages. Pilots can fly commercial aircraft up to a fixed age. No such rules for broadcasters.

Some seniors haven’t lost an iota of their vocal speed, some have. Al McCoy and Hubie Brown, both 86, are blessed. Hubie is still as self-assured on ESPN as he was on Turner thirty years ago. McCoy travels the NBA 82-game circuit calling games on radio from the nosebleeds, doing so with preternatural eyes.  Al says proper rest is required to facilitate imperturbable focus while on-air. It’s a discipline that doesn’t necessarily work for everyone. Genes dictate a lot too. Both Al’s parents lived to over 90.

Announcers sometimes get away with overstaying their welcome, even when their voices quiver or their hands move unsteadily when holding a stick mic. They proceed by maintaining a taut smile or inoculating themselves by harshly dismissing their critics.

There are those who recognize the power of social media. Some conveniently dismiss it. A few submit to the imperative of reality and the handwriting on the wall. They retire.

There are voices who maintain their word retention and others who don’t. There are those who can still spin spontaneous yarns. Others just talk less to elude unnavigable pitfalls. Some move on when it’s time, others can’t. Some justify their mistakes, not many make plans for retirement. Their identity is their work. They can’t give it up. They’d feel like a carpenter without tools. A few scale back but don’t give up the booth entirely.

My hat’s off to Rick Peckham, 64, Voice of the Tampa Bay Lightning, who’ll retire at the end of the NHL season when he’s 65. He’s sticking by his plans of years ago. Steve Albert retired in his mid-sixties as did his brother Al before him. Oldest brother Marv, 78, a basketball broadcast icon, shows no signs of wanting to shed the mic.

If baseball had its Sandy Koufax and the NFL had Jim Brown, both of whom retired at 30, basketball on radio had Kentucky’s beloved and talented Cawood Ledford. He was 66 and gave it up on his own. He took heed to the recordings of his work. They were still great but not as great as they were. He didn’t wait for anyone to blow the whistle.

I think of the wonderful Chick Hearn in his final few years when he and his toupee looked propped up. But his adrenalin was uncontainable. He bolted a hospital emergency room in Houston to keep his attendance streak alive on Lakers broadcasts.

Chick was a man who cared so much about his job that he used a walker to get to the broadcast booth. It was odd, yet eyepopping. Fans loved him even when on rare occasions he mistook a Rick Fox for Magic Johnson.

But no one in their 80s has held a play-by-play job on network television. As they approach 80, they’re gone. They no longer call major team sports on network TV. Think Keith Jackson, Dick Enberg, Verne Lundquist, Tom Hammond, Mike Patrick, Don Criqui, Brent Musburger and others.

Broadcasters are exposed. It’s a public domain. Just check social media to see how many announcers take verbal lashings on football weekends. Whether they represent the minority or majority, many of the points made or the mistakes listed are still reality.

What resonates is what Dick Enberg shared with budding broadcasters, “You sit on the chair, you don’t own it.” Sports broadcasting was once a young man’s game. It ain’t anymore. Just look at this list. Some pace themselves. Others don’t.

Because it’s TV, no one sees beneath the makeup of what Laura Hillenbrand described and I liberally paraphrase, “Faces are scratched with lines mapping out the miles of their lives.”  Broadcasts are live. Announcers face crucibles every time their microphones are turned on. It goes with the territory. (Updated 12.23.19- to 121)

Gang of 70+ broadcasters retired or separated in last decade

There might be a few more NOT on a national scale but a decades long career just the same, including yours truly (50 years broadcasting sports/38 years professional baseball/three decades of college sports and other sports venues now at age 72+) Could make for another good column. Just sayin!!!

Well, 80 may be the new 40! Or something like it. As I think about it, Chick Hearn had lost a step, but was still really good. Vin Scully did make more minor mistakes in his later years, but, even then, he was still the best. I think of Red Barber talking about being the “Old Redhead” in his thirties, and thinking he was older in his fifties!

It always comes down to what they have left in the tank. I think of Lindsey Nelson talking about how the network radio pioneers burned out when they were young while team announcers lasted forever, then noticing how many team announcers were then dragged out kicking and screaming. Then I think of how there are announcers on that list I never liked anyway, so I suspect I wouldn’t think they’d slipped at all, and Ross Porter, who I have heard on college baseball sounding as great as ever. I guess it comes down to genes, and I don’t mean Deckerhoff!

There may be hope for me yet! I’m 60 and I’ve reported on almost every sport imaginable, in the USA and overseas. But my goal has always been and continues to be play-by-play.