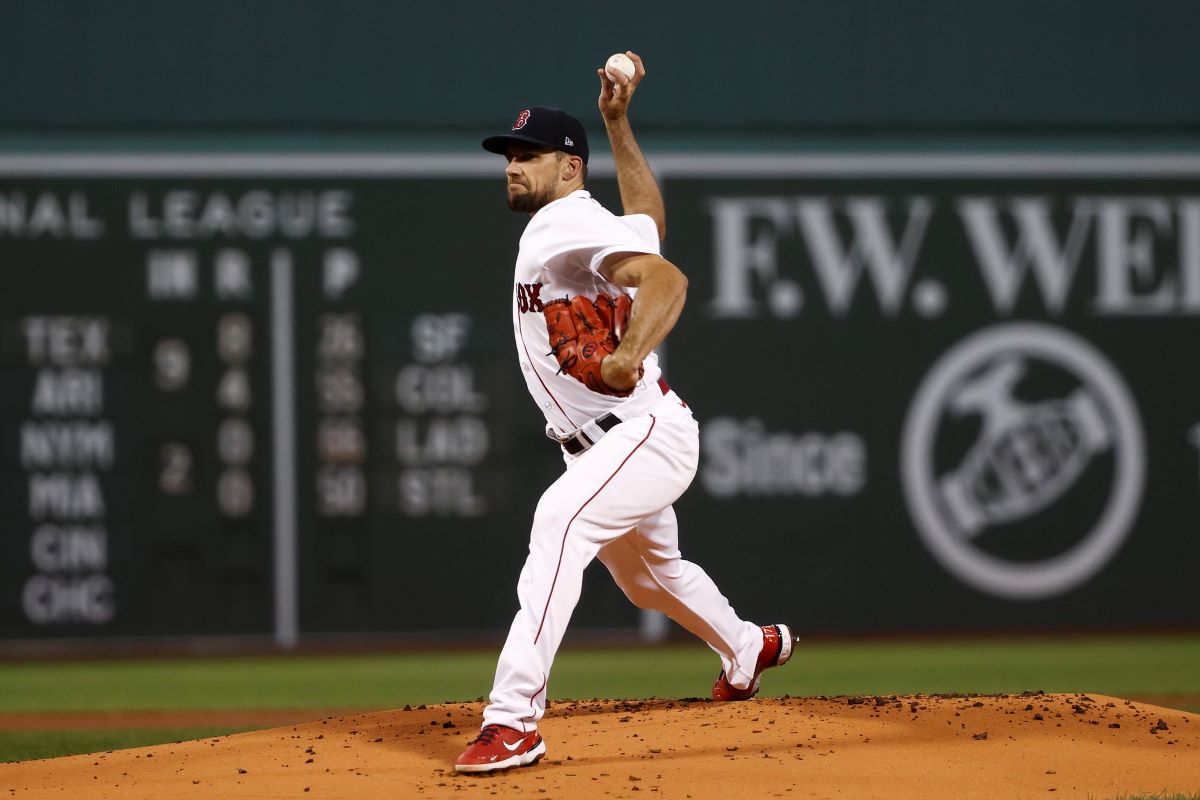 BROOKLYN AND LOS ANGELES DODGERS, MLB ON NBC TV, MLB ON CBS RADIO AND THE NFL ON CBS TV

THE BEST OF BROADCASTING’S FIRST CENTURY, local and national

Marty Brennaman–Reds– Owned Cincinnati. Not afraid to express his views

Jack Brickhouse–Cubs, Bears + — Likely the most popular sports voice ever in the Windy City

Bill Campbell–Warriors, Eagles Phils — Did everything in town except collect the tolls

Harry Caray–Cards, Cubs + — One of baseball’s great voices, Can sell anything on-air

Herb Carneal–Twins — Soft spoken, Did his job quietly for decades

Joe Castiglione–Red Sox– When Joe is on and there is a breeze, Fenway can’t be far away

Gene Deckerhoff–TB Bucs, Fl. State – Throaty and a we or they guy. Always honest

Eddie Doucette–Milw Bucs – Alcindor, the ’71 championship and a host of catchy cliches

Jimmy Dudley–Indians, Pilots – Eloquent and respected except by his antagonistic partner

Bob Elson–Chi ‘Sox – The Commander. If you couldn’t find him, check out the wagering houses

Max Falkenstein–Kansas U- KU through and through, 60 years on-air. “A deliberate foul shooter”

Walt Frazier–NY Knicks — It’s a Ewing doing and Oak’s got the stroke; He’s smiling either way

Hilliard Gates–IU, Ft. Wayne Pistons – As popular in Indiana as they come

Marty Glickman–Knicks, Football Giants – Wrote the book for basketball and superb at football

Hawk Harrelson–Chi W/Sox- Like Dizzy Dean, he brings  his own language and charm to work

Chick Hearn–LA Lakers – Stylized and unique. Jerry West: Like putting a baby in the cradle

Bill Hillgrove–Steelers, Pitt –Pittsburghers love their own and Bill’s been one forever

Steve Holman–Atl Hawks – Disciple of Johnny Most, unabashed rooter. Yes, loves what he does

Pat Hughes–Chi Cubs – Has the pipes, clips his words like a pro, doesn’t miss a thing on the field

Mike Keith–Tenn Titans- A native. Arrival of the Titans in Nashville was his well deserved gift

Bill King–A’s, Warriors, Raiders:  Any sport and a renaissance man are unsurpassed

Jiggs McDonald –NY Isles, NHL+ – Started with the LA Kings’ first year in ’67 and on to fame

Arch McDonald –NY Yanks, Was Senators – Through the war and a little more, big in DC

Bob Miller–LA Kings – Grew up loving the NHL. Started as a simulcaster before radio/TV split.

Bob Murphy–NY Mets  “When he hits them, they go” or “We’ll be back with the happy recap”

Andy Musser–Phl 76ers, Phils – Hoops were more his thing, but not bad on baseball

Eric Nadel–Texas Rangers – From Brooklyn with love, a lifelong fan of baseball on radio

Dave Niehaus–Sea Mariners + Got his lessons, sitting near Dick Enberg on Angels

Gene Peterson–Hou Rockets – Still missed, How sweet it is!

Bob Prince–Pit Pirates – “Bucs down one. All we need is a bloop and a blast”

Merrill Reese–Phl Eagles- At 79, his passion hasn’t waned. Sounded the same 44 years ago

John Rooney –St. L Cards, W/Sox – Rarely gets attention, yet he is good and dependable

Sam Rosen–NY Rangers – “It’s a power play goal! Rosen a NYC kid did the NFL on Fox too”

By Saam–Phl A’s, Phils – He went back to the days when the A’s and Phils both played in Philly

Gil Santos–NE Pats, Celts – For many years, he did the Pats and the Celtics on TV

Chuck Swirsky –Chi Bulls – A steady in the Windy City, Excels on hoops for the Bulls

Gary Thorne–NY Mets, Balt O’s – Mr. Excitement and a former attorney on top of it.

John Ward–Tenn football – Must have done well. When he retired, donated million$ to the school

Bob Wilson–Boston Bruins – Had the timbre and the call that goes with it.

Troy Aikman--Fox-NFL – Always on his game. Chuckles with Joe, a perfect partner

Marv Albert--NBC-NBA – Stylized, Did both NBA and NHL finals

Kenny Albert–Fox-NFL – A workhorse, always there and dependable

Mel Allen–NBC-MLB – A pioneer, the envy of any budding broadcaster in the 50s

Terry Bradshaw–Fox-NFL – He’s about saying little, and finding the next camera to park his face

Tim Brando–CBS-Fox – One of the very best, equally excellent calling big games or in studio

Mike Breen–ESPN – Bang is not yes, yet the younger generation believes it is. Good for him

Tom Brookshier–CBS – He and Summerall enjoyed a drink before and after games. During?

Hubie Brown–Various – Disciplined and professorial. Great teacher of the game

Frank Broyles–ABC – A Keith Jackson staple in the 70s

Joe Buck –CBS – In an economy of language, he shares material info

Doris Burke–ESPN – Tough not to appreciate where she is, but she’s no Hubie Brown

Mary Carillo--NBC – If tennis were more popular, Mary would dominate the set

Bud Collins–NBC- Bud and Enberg were must watched TV on NBC. Rest in peace

Don Dunphy--ABC – When boxing was fashionable, Dunphy was a TV personality

Mike Emrick–NBC-NHL – Eloquent, a deep dictionary and an unrestrained passion for the NHL

Roy Firestone–ESPN – Miss him. A magical ability to get the best to relax and tell their stories

Tom Hammond--NBC – A star who was underused. Think more NFL, NBA and track

Ted Husing--CBS Radio Network – A pioneer, football was his game. Touched Brickhouse, plus

Tony Kubek–NBC-MLB – No analytics. Give us the fundamentals and nothing too complicated

John Madden–CBS+ – When he surfaced in the late ’70s, the NFL on TV took a funny turn

Paul Maguire–NBC-ESPN – Her liked working with Marv most. A wisecrack turned into banter

Clem McCarthy--NBC Radio Network. Did ’38 Schmeling-Louis, 75% of U.S. listened, No TV yet

Jim McKay–ABC – “They’re all gone” and “The thrill of victory….,” Jim in perpetuity

Graham McNamee–NBC Radio-Pioneer, no one to follow, Still, MLB, Rose Bowls and the ring

Barry Melrose–ESPN-NHL – A funny man with a chuckling partner. NHL needs him on ESPN

Don Meredith--ABC- “Turn out the lights the party is over.” Those were fun Mondays

Al Michaels–ABC-NBC – Friend Curt Smith might say, “the cynosure of NFLcasts.” 36 years plus

Jon Miller–ESPN – Why the Bristolites didn’t renew him is as mysterious as Allen, Prince, plus

Joe Morgan–ESPN – Many were critical of him. If I’m Fox, I’d trade dull Smoltz for Joe anytime

Brent Musburger–CBS-ESPN – Reared in rugged Montana, has edge and won’t go down easily

Jim Nantz--CBS – His sturdy voice is inflected with a token touch of firmness, no matter the event

Brad Nessler–CBS-ESPN Soft spoken, a complete pro, right on it

Pat O’Brien–CBS – He dressed the part on the sidelines. Showtime’s Magic, Riley and Hollywood

Dave Pasch–ESPN – If he can handle Walton’s need for attention, he gets an A for the rest

Van Patrick–Mutual – Wonderful delivery, remembered for his years with Tigers, Lions and ND

Tony Romo–CBS – Stormed onto scene. Is he remembered more for his analysis or $17M per?

Tim Ryan–CBS-NBC – Native Canadian can do anything well, from the NHL to tennis and the NFL

Craig Sager–Turner –  His interviews and flashy jackets, part of the panoply. See Pop

Dan Shulman--ESPN – Baseball, yes. Hoops became his thing too. Why not? He’s Canadian.

Phil Simms–CBS – He wasn’t funny and never flew off the handle. But I guess it wasn’t enough

Pat Summerall–CBS-Fox – In retrospect, he made it big, despite a vapid and empty presentation

Michelle Tafoya–NBC: She: “The distinction between men and women in media is old and tired”

Mike Tirico— NBC Sports – An iota or two above average, yet dependable at most he does

Bob Trumpy–NBC – Sustained his hoarse voice for years; No mistake who was behind the mic

Matt Vasgersian--ESPN – Just as he was warming up at ESPN, he was inexplicably gone

Bob Wischusen –ESPN – In this homogenous announcing world, he puts his heart into the mic

Is anybody arguing yet? What great lists.