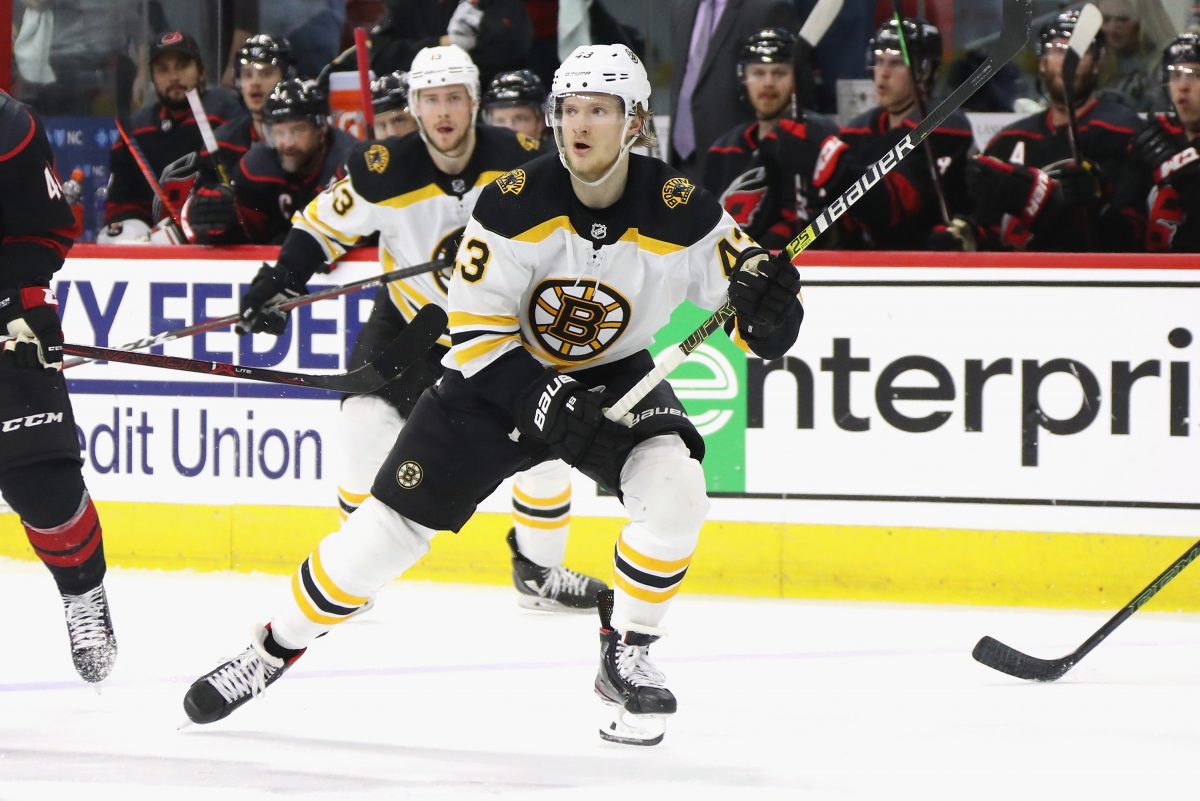 Bruins and Blues get set for the Cup

FULL SCHEDULE IS BELOW

NBC’s executive producer Sam Flood was asked about the viewer friendly cameras that NBC places in lower level positions behind each of the goals. When teams are on power plays or certainly on a two-man advantage, it’s a fun watch, particularly when the goaltender is being peppered by a flurry of shots. I wish NBC would use these more.

Flood said though that the two such cameras would be used only under man-advantage conditions. I asked whether the screen would ever be split to accommodate viewers who simply like the cameras’ positions to watch breakaways, and the answer was an unhesitating no. Flood said that the only time there would be an insert or a split-screen view is to watch when the goalie is pulled.

Flood was also asked about adding potential elements that cover gambling. He unflinchingly answered that hockey lends itself less to gambling than the other three major sports so that no such representative elements are planned at this point.

Boston – St. Louis renewal after 49 years – The Kellys – the late Dan and son John connecting the dots with the Blues

During the first three years of NHL expansion when the league doubled from the original six to twelve, 1968-70, the playoff format of the NHL matched the conference winners, east against west, the original six against the new six. It turned out to be the majors against the minors, the men against the boys. St. Louis, one of the new franchises, advanced to the finals each of the first three years only to be swept on each occasion. It was so uncompetitive that the NHL changed its playoff format the next year, 1971.

Fifty years ago, the legendary Dan Kelly called his first Stanley Cup on CBS Television when Montreal swept St. Louis, 4-0. In 1970, St. Louis, coached by arguably the best benchman in league history, Scotty Bowman was again eliminated in four. The overpowering Bruins were led by one of the greatest of all-time, defenseman Bobby Orr. He capped the series early in overtime on May 10th, when his shot sailed past 38 year old veteran goalie, Glenn Hall. On television, the Cup was covered in-part, not fully, by CBS. Kelly presided over the play-by-play. Dan should be in any serious discussion of network television’s all-time best. His son John calls Blues games on regional television.

The Blues haven’t been back in the finals since that 1970 Cup matchup. But after the first round of the NHL playoffs, the television rights shift to the networks, taking away John’s play-by-play microphone. He still nonetheless engages in pre and post game shows locally.

Given John Kelly’s history with the franchise, his dad a 21 year voice of the team and John himself in his second tenure of being a longtime broadcaster with the club, Chris Kerber, the team’s current radio announcer asked John to do the second period of each of the Cup finals. Noble gesture. John was flattered and will do so.

Play-by-play voice extraordinaire Mike “Doc” Emrick, analyst Eddie Olczyk, and ‘Inside-the-Glass’ commentator Pierre McGuire will have the call. This marks the 13th consecutive Cup that the trio is working as a team.

For Emrick, he’s called the NHL playoffs for Fox, ESPN and NBC. He’s also done football and basketball for CBS. He’s made the rounds! Dan Kelly did the Cup for CBS, USA Network and the NHL Network, a syndicated, non-line grouping of stations that carried the Cup for a few years in the 1970s. Dan Kelly also did football for KMOX Radio in St. Louis, the old NFL Cardinals and the University of Missouri.

In addition to the flagship network, NBC and cable network NBCSN, NBCSports.com and the NBC Sports app, NBC Sports Group’s live streaming product for all desktops, mobile devices, tablets, and connected TVs will provide streaming coverage of all 2019 Stanley Cup Final games. That’s a mouthful. I guess it sounds like, “In your home, your car or wherever you are, you can see the game.”

Chuck Kaiton, longtime Voice of the Carolina Hurricanes, predicts the outcome of the finals:

Boston in 6…Bruins have the edge with a more mobile defense and better special teams.

Kenny Albert (play-by-play) and Joe Micheletti (analyst) return for the fourth straight season as Westwood One/NBC Sports Radio’s broadcast crew for the Stanley Cup Final. Former NHL goaltender Brian Boucher joins the crew as rinkside reporter. Boucher will be doing double-duty throughout the series, serving as a pregame/postgame analyst for NBC Sports in addition to working rinkside for radio during the games.