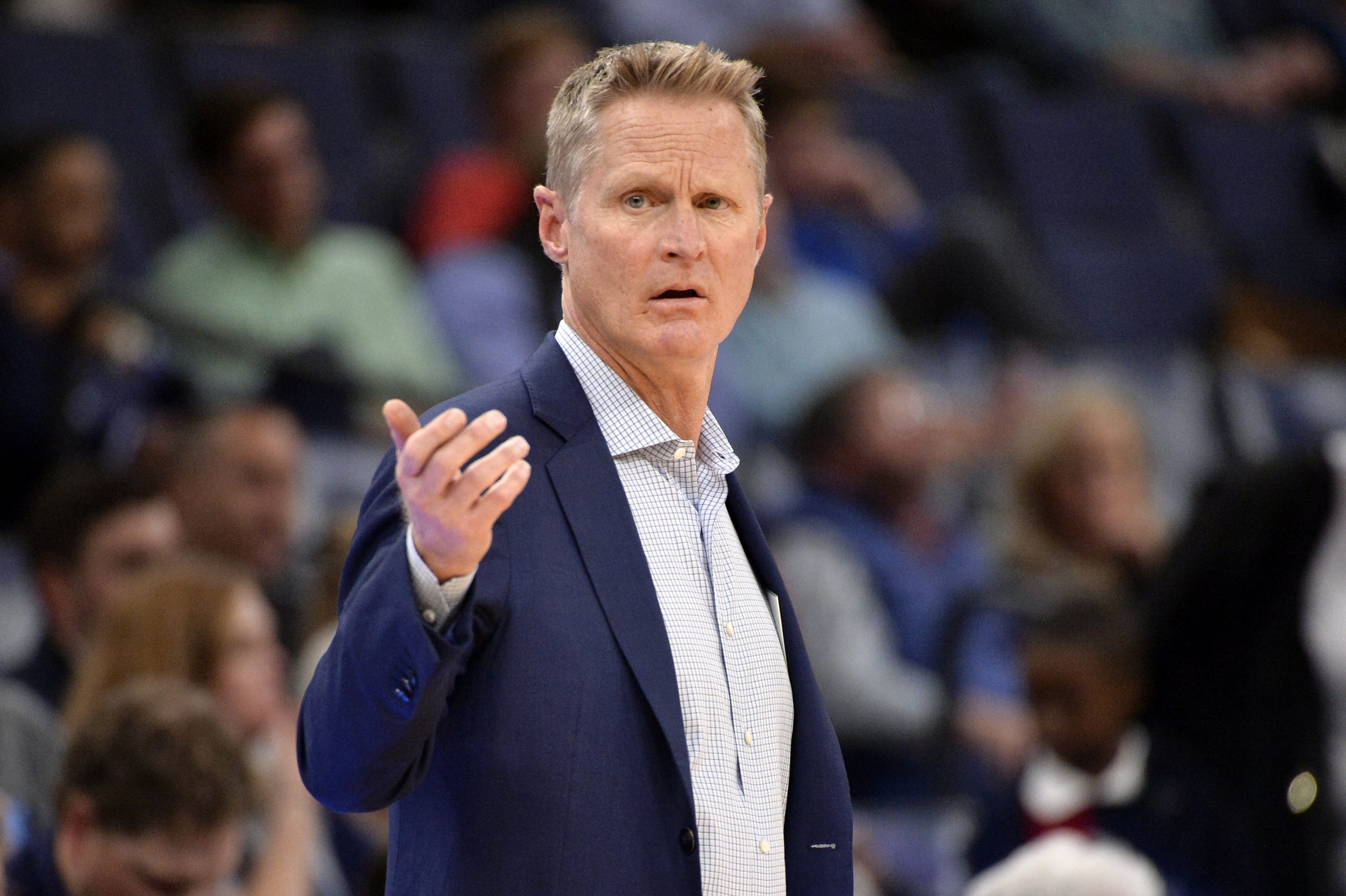 Steve Kerr has had great success as an NBA player, coach and as a broadcaster for CBS and Turner. He was also a pretty good GM for the Phoenix Suns.

With sports on hold across the country, the highly rated Last Dance documentary was the stimulus check for deprived sports fans. The intrigue for this docuseries came from all age groups, older fans looking to relive the greatness of Jordan’s career, and younger fans curious to get a glimpse of the legend they never saw first-hand.

The general focus of the documentary is the Bulls’ last championship run when everything is coming apart at the seams. The end of the road was near in 1997-98 for many of those involved. Whether it was Phil Jackson’s last season at the coaching helm or Jordan’s retirement, a lot came to a close after that last title.

Yet, for Steve Kerr, his journey had only just begun.

Steve Douglas Kerr was born on September 27, 1965 in Beirut, Lebanon. Kerr’s early life was filled with turmoil and uncertainty as he lost his father when he was only 18. Malcolm Kerr was killed by Shia Lebanese Militia while serving as President of the American University of Beirut. Steve, as anyone can imagine, was crushed by his father’s death, saying, “Before my father was killed, my life was impenetrable. Bad things happened to other people.” This traumatic experience pushed Kerr to chase his goals in the field of basketball, playing at the time for the Arizona Wildcats.

Kerr was hardly a star but he carved a role for himself in the NBA as an effective shooter and dependable teammate. He was an integral part of the Bulls’ last three championship teams and was a hero when he hit a game-winner in game six of the 1997 the title series against the Jazz.

Winning championships and achieving success followed Kerr most everywhere he went and everything he did. After his Chicago years, he helped the Spurs to their first championship, becoming the second-youngest player to win four straight NBA titles without being a part of the Celtics dynasty. Kerr retired in 2003 with five NBA rings. He gleaned what he could from Greg Popovich in San Antonio and Phil Jackson in Chicago which helped him when he launched his coaching career.

His success as a player turned out to be just the start of a long glittering career. Television is what he tackled next and the wave of success continued. For the next four years, he worked NBA games eloquently on TNT.

In 2007, Kerr leapfrogged from the broadcasting seat to the front office, becoming a consultant for the Phoenix Suns and eventually the team’s General Manager. He executed many big-name trades in that role, including one in which he traded Shawn Marion for Shaquille O’Neal and other ancillary pieces to remake the roster. The Suns advanced to the Western Conference Finals in 2010

He returned to broadcasting in 2011, rejoining TNT’s broadcasting staff and immediately covering key college and NBA games with the likes of Jim Nantz and Marv Albert . His wealth of basketball knowledge and insight drew praise. He was quickly promoted to the CBS/NCAA #A team and was assigned to the NCAA Final Four. He also did the NBA’s Conference Finals. His warm style was celebrated.

In 2012, Bleacher Report listed Steve Kerr and Marv Albert as the NBA’s best announcing duo. This was high praise for Kerr who also graced many vocal iterations of the popular basketball video game NBA 2k. Steve later joked that kids, “Know me as the guy who used to do video game commentary for 2k.”

The Denver Post raved about Kerr’s ability to break down plays and describe the passes that set up an NBA motion offensive in a way that was digestible for casual fan. The article also lauded his ability to explain team defenses in an elementary way that many other broadcasters do not do.

His geniality, attitude and knowledge prepared him for the next step of his evolving NBA story. His departure from the broadcast set to coach the Golden State Warriors in 2014 was a bittersweet moment for his coworkers at Turner.

Kerr’s broadcast experience certainly helped him as an executive and coach. As an analyst, he learned to be very comfortable around the storm of media that later accompanied him in elevated roles. That’s not to say that he did not have his moments. When he used foul language in a post-game media conference, Ernie Johnson, Jr. did not appreciate it. The popular NBA Inside the NBA host lashed out at Kerr suggesting that he wash his mouth out with soap.

At Golden State, Kerr began what’s unarguably been the most successful chapter of his NBA story, one that might still be unfolding. In classic Kerr fashion, he guided the Warriors to an NBA championship in his first year and broke the record for the most wins by a rookie NBA coach.

Kerr has had the Midas touch with seemingly every NBA venture he’s undertaken, winning five championships as a player with two separate teams, and producing three Larry O’Brien trophies as a head coach. And yes, he was an outstanding analyst. He wasn’t overly complicated, had an engaging smile, a decent sense of humor and was never intrusive.

His success story is no accident and it serves as a great lesson for even the  casual observer. Throughout his life, Steve was surrounded by inspiring role models who became the backbones of his successes.

He shared a court with the most disciplined, tenacious and relentless worker and competitor to ever play the game, Michael Jordan. He also enjoyed film sessions and practices with the two of the most decorated coaches, Phil Jackson and Gregg Popovich.

He observed and called the best of college and NBA hoops with two of the most respected basketball voices, Marv Albert and Jim Nantz.

Steve embodies the importance and power of surrounding oneself with greatness and hoping some of that greatness rubs off. It is because of this unique journey and the outstanding role models he studied that Kerr continues to grace every corner of the NBA universe.

At 54, Steve Kerr is still dancing. A Hall of Famer to be, the Kerr show isn’t quite over yet!